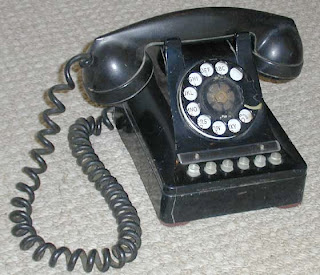 This post is about a recent decision from a federal court in Wisconsin that deals with email interception in violation of 18 U.S. Code § 2511(1)(a). The case is U.S. v. Szymuszkiewicz, 2009 WL 1873657 (U.S. District Court for the Eastern District of Wisconsin 2009) and here is the government’s version of the facts:

William Taylor, an investigator with the Treasury Department's Inspector General's Office, testified that he looked into the matter after Infusino discovered the rule. Taylor reviewed data on the IRS's Outlook server, looking for e-mails auto-forwarded by rule, pursuant to which he recovered twenty-one e-mails forwarded from Ifusino to defendant. Taylor also checked defendant's computer hard drive, where he located 116 additional e-mails auto-forwarded from Infusino, all of which had been opened and some of which had been moved to different folders within defendant's Outlook program. . . .

In the present case, the government did not rely solely on defendant's passive receipt of Infusino's e-mails on his own IRS computer via the IRS server. Rather, the government claimed that he used a device, i.e. Infusino's computer, to create the rule to intentionally effectuate re-direction/interception. He then used his own computer to receive and read the re-directed e-mails.

As I noted earlier Szymuszkiewicz’s other claim was that the government “failed to prove `contemporaneous’ interception of the e-mails.” That argument raises an issue a number of courts have dealt with. The issue arises because § 2511(1)(a) is part of the Wiretap Act, which dates back to 1968. The Wiretap Act was adopted to implement the Supreme Court’s holding, in U.S. v. Katz, that eavesdropping on phone calls is a search under the 4th Amendment. Congress adopted the Wiretap Act to implement the Katz decision and to add even more requirements than the 4th Amendment now imposes on wiretapping.

Defining . . . `intercept; to generally require contemporaneousness, . . . would permit courts to maintain a distinction between prospective interception at the time of transmission and one-time access to information already received and in storage. . . . Such construction would avoid eliminating the protections of the Wiretap Act based on the transient storage incidental to e-mail communication.

[He] did not access Infusino's messages on her computer after receipt. Rather, the messages destined for Infusino were auto-forwarded to defendant as soon as they were received on the IRS e-mail server. Further, . . . the e-mails relating to the three counts . . . reflect that they were sent to Infusino and defendant at the same time (accounting for a time zone difference). With respect to Exhibit 57 in particular, Agent Taylor testified that the e-mail was submitted to the server at 2:23:58, a version created for defendant at 2:23:58, and the version so created delivered to defendant at 2:23:58. Thus, the government demonstrated contemporaneous interception.

Posted by Susan Brenner at 6:23 AM