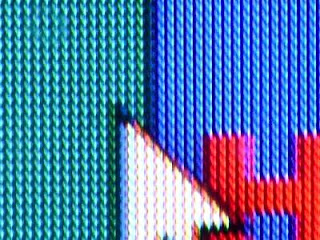 The plain view doctrine is a 4th Amendment principle that lets an officer seize an item without first obtaining a search warrant, as long as the seizure comports with certain requirements. As Wikipedia explains, the requirements are that

The officer is lawfully present at the place from which he/she can plainly see the evidence;

The officer must be able to lawfully access the item to be seized; and

The incriminating character of the object must be `immediately apparent.’

grounded on the recognition that when a police officer has observed an object in `plain view,’ the owner's remaining interests in the object are merely those of possession and ownership. . . . Likewise, it reflects the fact that requiring police to obtain a warrant once they have obtained a first-hand perception of . . . or incriminating evidence generally would be a `needless inconvenience’. . . that might involve danger to the police and public. . . . [O]ur decisions . . . reflect the rule that if, while lawfully engaged in an activity in a particular place, police officers perceive a suspicious object, they may seize it immediately. . . .This rule merely reflects an application of the Fourth Amendment's central requirement of reasonableness to the law governing seizures of property.

Because the agents were lawfully in defendant's house and . . . were authorized to conduct a cursory inspection of documents they found to determine whether those documents were subject to seizure, the plain view analysis with regard to the power-point presentation . . . turns on whether its incriminating character was apparent on its face. Here, agents had probable cause to believe that the power-point presentation was evidence of a crime. The investigation into defendant's activities that had led to the search at issue focused on a number of schemes by which defendant had allegedly solicited payment in return for the performance of official acts. Agents Horner and Thibault testified that many of these alleged schemes involved telecommunications ventures. According to Agent Horner, the E-Star power-point presentation, which detailed a telecommunications venture, closely resembled similar presentations involving iGate, Inc. that had been provided to the FBI by cooperating witness Lori Mody. Because the agents were familiar with defendant's receipt of bribes in return for his performance of official acts on behalf of iGate, the similarity between the iGate venture and the venture described in the E-Star power-point presentation gave rise to a reasonable belief that the power-point presentation was evidence of another illegal scheme, and warrantless seizure of the power-point was appropriate under the plain view doctrine.

[T]he majority of evidence seized by way of photograph and written note during the . . . search was seized legally pursuant to the search warrant or the plain view doctrine. Only two items were improperly seized -- the 1991 calendar and appointment book and the Moss Creek documents. Nor does the record indicate that the improper seizures were a result of any flagrant disregard for the terms of the warrant; to the contrary, in each case there is evidence that the seizing agents acted in good faith. Because this was not a general search based on flagrant disregard for the terms of the warrant, blanket suppression is unwarranted.

Finally, I'd like to note that the judge and, apparently, the prosecution and defense lawyers in this case all assumed that by printing out the Power Point slides or photographing them (whatever the agents did to obtain the contents of the presentation) the agents "seized" the Power Point presentation. In my last post, I argued that copying data is a seizure under the 4th Amendment, notwithstanding the fact that one federal district court opined otherwise. Everyone involved in this case seems to have assumed that copying is, in fact, a 4th Amendment seizure.

Posted by Susan Brenner at 3:21 AM

You don't because you obviously can't. My point is that the antecedent seizure -- which is how law enforcement acquires the data as a necessary first step toward looking at (searching) it and the consequences that follow from looking at it (such as using it in court) -- of the data is a 4th Amendment event which must be reasonable in and of itself.