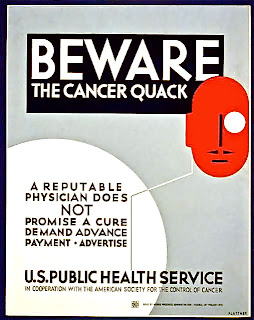 This post, like others I’ve done, focuses not on the investigation and/or prosecution of someone for committing a computer-related crime, but on the sentencing imposed on someone who was convicted of such a crime.

State and federal authorities began investigating him for possible health care fraud, which led to the closing of the clinic and the suspension of Medicare and Medicaid payments to the center and to Feldman. U.S. v. Feldman, supra. From 1996-1999, he operated three HIV clinics; after he was barred from receiving Medicare payments, Feldman hired doctors “with their own provider numbers” and billed Medicare under their names, receiving roughly $580,000 from this venture. U.S. v. Feldman, supra.

After he made it to the Philippines, Feldman

By May 2001, the website . . . offered live kidney transplants and live or cadaver liver transplants allegedly to be performed by qualified surgeons in a Philippine hospital. The website claimed that the transplant program was run by the Philippines Ministry of Health, and listed the following prices:


The website listed several email addresses, including fastertransplant @yahoo.com, at which persons interested in obtaining an organ transplant could request further information. `Dr. Mitchel Michaelson’ and his associate `Alberto Gomez’ -- both aliases of Feldman's--promised to arrange a patient's transplant surgery. . . .

I don’t have space here to go through the sad tales associated with the five patients. I’ll just note that each paid for a transplant, then Feldman said there were problems (no available kidney or liver) and sometimes sought more money to secure what was needed; three died (one from complications of having a transplant in the Philippines); and after one woman’s husband died after not receiving the transplant they had paid for, she received $27,000 in bills from the Philippine hospitals where he stayed and, despite “his promise that those costs were covered, Feldman refused to pay any of the bills and refused to refund any money.” U.S. v. Feldman, supra. (Earlier, he pressed for more money, until she “begged [him] for time to reverse mortgage her home”, because they had already sent him their life savings. U.S. v. Feldman, supra.)

On May 7, the district court judge sentenced him under the U.S. Sentencing Guidelines. U.S. v. Feldman, supra. As I’ve noted in earlier posts, Guidelines sentencing is a complex process, which begins, as Wikipedia notes, with a base offense level:

In addition, . . . the court increased Feldman's base offense level by two levels for committing wire fraud through mass-marketing using the liver4you.org website, see [U.S.S.G.] § 2B 1. 1(b)(2)(A)(ii); two levels because the wire fraud involved the conscious or reckless risk of death or serious bodily injury; . . . and two levels for obstructing justice by fleeing to the Philippines and remaining a fugitive for nearly a decade. . . The district court considered the resulting Guidelines range of 151 to 188 months and imposed a sentence of 188 months in prison.

Feldman appealed the sentence, arguing, in part, that the judge “erred by applying a two-level enhancement under U.S.S.G. § 2B 1.1(b)(2)(A)(ii).” U.S. v. Feldman, supra. As the opinion notes, under this section of the Guidelines a fraud crime is subject to

a two-level Guidelines increase if the offense `was committed through mass-marketing.’ U.S. S.G. § 2B 1.1(b)(2)(A)(ii).” The Sentencing Commission's Application Note defines `mass-marketing’ as:


`a plan, program, promotion, or campaign that is conducted through solicitation by telephone, mail, the Internet, or other means to induce a large number of persons to (i) purchase goods or services; (ii) participate in a contest or sweepstakes; or (iii) invest for financial profit.’

the enhancement does not apply for two principal reasons. First, Feldman argues that his liver4you.org website was not `solicitation’ because `[t]he only way someone could have viewed his website was either by directly entering the internet address or through a third-party search engine.’

The Court of Appeals disagreed:

Soliciting individuals to purchase organ transplants was the very reason the website existed -- as even the name liver4you.org makes clear. The § 2B1.1(b)(2)(A)(ii) enhancement does not require that Feldman use the most active marketing method possible. . . .

Feldman created a public website, available for viewing by anyone with an internet connection, and he did so to attract people desperate for organ transplants. [His] offer on a public website to provide organ transplants, with listed prices, and with contact information for interested purchasers, is among the types of mass-marketing contemplated by Section 2B1.1(b)(2)(A)(ii).

Feldman also argued that the § 2B 1. 1(b)(2)(A)(ii) enhancement did “not apply because the liver4you.org website `was not intended to induce a large number of persons to purchase goods or services’ because `only a very limited number of people would have any interest’ in an organ transplant.” U.S. v. Feldman, supra. Again, the Court of Appeals did not agree:

As the Sentencing Commission understood, because a single public website on the internet can, and is designed to, reach a large number of people, use of such a website to induce people to enter into a fraud can vastly increase the scale of the fraud, making the defendant more culpable. . . . Feldman's liver4you.org website was publicly available, soliciting anyone who could read it and write an email -- a large population, even if it reached only those who could read English. . . .

Although the enhancement defines mass-marketing in terms of `a large number of persons,’ . . . the liver4you.org website was available to all throughout the world, and we take judicial notice of the fact that the number of people throughout the world who need liver or kidney transplants is, unfortunately, not so limited. Even limited to the United States, the U.S. Department of Health and Human Services reports that 80,000 to 90,000 people were waiting for a kidney or liver transplant in each of the years 2006, 2007, and 2008, during which [he] conducted his liver4you.org scheme. . . . .

Moreover, Feldman has provided no indication that the website was so limited in distribution that it was not able to reach a large number of persons. In sum, the district court did not err by applying a two-level mass-marketing enhancement. . . .

Because it rejected these and the other arguments Feldman made in challenging his sentence, the Court of Appeals affirmed the sentence. U.S. v. Feldman, supra.

If you’d like to see a photo of Feldman and a screen shot of the organ transplant site, when it existed, you can find both here.