The Chat Session and the Rules of Evidence 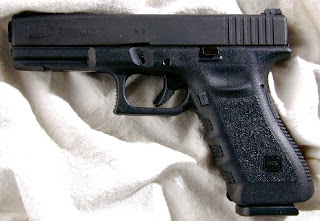 As Wikipedia notes, “[r]ules of evidence govern whether, when, how, and for what purpose proof in a legal case may be placed before the trier of fact for consideration.” As Wikipedia also notes, the Federal Rules of Evidence “is a code of evidence law governing the admission of facts by which parties in the United States federal court system may prove their cases, both civil and criminal.”

This post examines an opinion from a federal district court judge in which he rules on the defendant’s motion to exclude certain evidence under the Federal Rules of Evidence. U.S. v. Nobrega, 2011 WL 2116991 (U.S. District Court for the District of Maine 2011). This is how the case arose:

The Government alleges [Domingos] Nobrega has two prior felony convictions: for Assault with a Deadly Weapon Upon a Government Officer in violation of North Carolina Code General Statute 14–34.2. . . and for Assault and Battery on a Police Officer in violation of Virginia Code § 18.2-57. . . . According to the Government, on October 23, 2010, Norella Meerzon, who resided with [Nobrega], received a message from a friend, Eric Babilonia, that he had been receiving messages and calls from Nobrega stating [he] had a gun and `was locked and loaded and ready to shoot.’

Babilonia forwarded Meerzon an internet chat with Nobrega in which [he] allegedly made similar statements. The same afternoon, Meerzon reported to the Bangor Police Department that Nobrega had been acting oddly for the previous four days, had been paranoid, and had accused her of being a DEA agent, a CIA agent and a police officer. [She] explained that in March 2010 she had purchased for herself an A3 M–4 5.56 caliber rifle and a Glock Model 22 .40 caliber pistol, that Nobrega had possessed both of the firearms, and that the[y] were kept at their residence. The Government asserts that Meerzon also purchased a third firearm, a Glock Model 17, 9mm pistol, and that the purchase date of all three firearms was not March but May 5, 2010.

After speaking with Meerzon, the Bangor Police obtained a warrant to search the Meerzon–Nobrega residence and, after arriving at the location, over the course of four hours, attempted by telephone and electronic message to convince Nobrega to leave the residence. The Government says that during the standoff with police, a police sniper observed through his rifle scope Nobrega sitting at a kitchen table with a pistol in his hand. When the police eventually secured access to the residence, they executed the search warrant and recovered, among other items, the Glock Model 17 pistol that is the subject of the indictment. . . .

Nobrega was subsequently arrested and indicted “for possession of a firearm by a convicted felon in violation of 18 U.S. Code § 922(g)(a).” U.S. v. Nobrega, supra. After being indicted, Nobrega filed a motion in limine to

As noted above, Nobrega’s motion in limine argued, first, that the chat session at issue could not be authenticated, as required by Federal Rule of Evidence 901(a). As I’ve noted in earlier posts, Rule 901(a) says that the “requirement of authentication . . . as a condition precedent to admissibility is satisfied by evidence sufficient to support a finding that the matter in question is what its proponent claims.”

The prosecution responded to Nobrega’s lack of authentication argument by stating that it would "authenticate both the nature of the document and Nobrega's authorship through the testimony of Eric Babilonia.” U.S. v. Nobrega, supra. More specifically, it said it

expects Eric Babilonia to testify that `he engaged in the chat session with Defendant on October 23, 2010; that he knew it was Defendant for several reasons,’ that the e-mail accurately and completely reflects that chat, and that he `forwarded the chat session by e-mail to Meerzon without alteration” when the conversation was complete.

The Government further expects Bangor Police Detective Beaulieu to testify that he saw the email forwarded to Meerzon `before it was printed and forwarded it, unaltered, to his computer for printing and the e-mail he turned over to the Government is the e-mail he received from Meerzon, without alteration.’

Nobrega responded to the prosecution’s description of how it would authenticate the document containing the chat session by arguing that “even if the document reflects the chat in which Babilonia engaged, `it is difficult to determine the identity of the person who is actually sending the messages.’” U.S. v. Nobrega, supra. The prosecution responded by citing Rule 901(b)(4) of the Federal Rules of Evidence and stating that “it can authenticate authorship `by introducing distinctive characteristics that associate the writing with a particular person.’” U.S. v. Nobrega, supra. The prosecution said it expects

Babilonia will testify to numerous distinctive characteristics supporting his understanding that he was conversing with Nobrega including:

1) The screen name `Leatherneck Nobrega,’ a name by which Nobrega had called himself in several previous internet-based communications with Babilonia;

3) Repeated references to the Marines;

4) The listing of a phone number Babilonia knew to belong to Nobrega; and,

5) Babilonia's calling Meerzon after the chat to warn her not to return home to Nobrega.

The judge found that if the Government establishes this foundational evidence at trial,

[i]t will meet the . . . standard of authentication. Babilonia's testimony that the document is an accurate reflection of a chat session will mitigate Nobrega's concern that the `document may have been fabricated to appear to be an IM session log.’ The plain language of Rule 901 provides that testimony that a matter is what it is claimed to be is sufficient to authenticate a document. That is precisely the nature of Babilonia's expected testimony.

Regarding authorship, the inability to know for certain whether Nobrega was on the other end of the conversation with Mr. Babilonia does not preclude its admissibility. . . . In determining whether a document has been adequately authenticated, the Court can consider `appearance, contents, substance, internal patterns, or other distinctive characteristics, taken in conjunction with circumstances. . . .

The distinct characteristics apparent in the document as well as Babilonia's ability to link them to Nobrega, raise a strong inference that Nobrega transmitted the messages to Babilonia. Not only does the transmitting party's username, `DJLeatherneck Nobrega,’ use Nobrega's last name, Babilonia is expected to testify that the transmitting party listed Nobrega's phone number and made other references that contributed to his understanding that he was speaking with Nobrega.

Nobrega also moved to exclude the document as inadmissible hearsay. As I’ve noted in earlier posts, hearsay is an out of court statement (i.e., a statement made by someone while they testify at trial) that is offered to prove the truth of the matter asserted. As I’ve noted in those posts, every U.S. state and the federal system has an evidentiary rule that bars the use of hearsay unless it falls within an exception to the rule barring its use.

Here, the judge held that if the prosecution authenticated the chat session document, “it is not hearsay because it is an admission by a party opponent” under Rule 801(d)(2)(A) of the Federal Rules of Evidence. U.S. v. Nobrega, supra. As Wikipedia explains, a

party admission . . . is any statement made by a declarant who is a party to a lawsuit, is offered as evidence against that party. Under the Federal Rules of Evidence, such a statement is admissible to prove the truth of the statement itself, meaning that the statement itself is not considered hearsay at all.

The judge in this case noted that the document was admissible under this principle, if it’s authenticated, because “[o]nce a document is authenticated as authored by a defendant, even if authorship is not entirely certain, it may be admitted as an admission by a party opponent.” U.S. v. Nobrega, supra.

Finally, Nobrega argued that the admission of the chat document was barred by the best evidence rule. As I’ve noted in earlier posts, the rule dates back to at least the 18th century and was intended to ensure that evidence wasn’t admissible unless it was “the best that the nature of the case will allow.” The rule basically requires that the original of documentary evidence be introduced, if possible.

Rule 1003 [of the Federal Rules of Evidence] provides that `[a] duplicate is admissible to the same extent as an original unless (1) a genuine question is raised as to the authenticity of the original or (2) in the circumstances it would be unfair to admit the duplicate in lieu of the original. . . .

Nobrega's only challenge to admission of the printout of the chat is the `the concern regarding whether the IM chat session forwarded by Babilonia through Meerzon is an actual chat session.’ Nobrega’s best evidence objection essentially reiterates his authentication arguments. Having concluded that there appears to be sufficient evidence for the jury to reasonably conclude that Nobrega authored the chat, the Court concludes that a printout of the chat is admissible as a duplicate.