“Conspiracy to Communicate with a Prisoner” 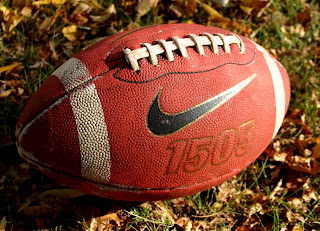 This post deals with what I think is one of the more unusual cases I’ve dealt with in this blog.

The case is People v. Spencer, 2011 WL 3366365 (California Court of Appeals 2011) and the opinion we’re going to examine addresses the appeal of Carlos Donniellie Spencer. Spencer was convicted of

We’re only concerned with Spencer’s appealing his conviction for conspiracy to communicate with a prisoner in violation of California Penal Code § 4570. Section 4570 provides as follows:

At approximately 4:45 or 5:00 a.m. on March 1, 2010, Cesar Ochoa, a corrections officer at California Rehabilitation Center (CRC), a state prison in Norco, saw a car stop on the road adjacent to the prison's perimeter fence. Ochoa saw someone get out of the car and throw two packages over the fence.

The person got back into the car and the car left. The two packages landed near dormitories 205 and 206. Officer Eduardo Gonzalez retrieved the items which were thrown over the fence. The items were leather footballs wrapped in black tape. The footballs contained marijuana, cell phones and tobacco.

The following day, at 3:00 a.m., Ochoa again saw a car parked near the prison perimeter fence. Looking through binoculars, Ochoa saw someone throw what appeared to be a large green package over the fence. The package landed near dormitories 205 and 206. Ochoa called Sergeant Lugo . . . on the intercom and alerted him. Lugo pursued the vehicle and called the Riverside County Sheriff's Department for backup. He stopped the vehicle because the driver was swerving and driving erratically.

The driver was Gayle Varela Washington, who was married to Antonio Washington, an inmate at CRC who was housed in dormitory 205. The passenger in the car was [Spencer]. On the dusty hood of the car was a diagram showing the area between dormitories 204 and 205, as well as the roadway adjacent to the prison. Inside the car, there was a strong odor of fresh (i.e., not burnt) marijuana.

Gonzalez retrieved two footballs wrapped in green tape from the yard near dormitories 205 and 206.

He delivered them to Sheriff's Deputy Howell. The footballs had a distinct odor of marijuana emanating from them. Howell cut the footballs open and found that they contained cell phones and accessories such as earphones and chargers, as well as rolling papers, tobacco and 25.31 grams of marijuana.

Marijuana, cell phones and tobacco are all prohibited inside a prison. All three items sell for a much higher price inside a prison than they do on the outside.

After being Mirandized, Spencer told Howell that a friend,

Victor Serrano, . . . had recently been released from custody. Serrano told [Spencer] he was in trouble, that if some items were not delivered to the prison, he would be harmed. He asked [Spencer] to toss some packages over the prison wall. He told [him] the packages would contain cell phones and tobacco.

He asked [Spencer] to meet an unidentified female in Escondido and go to the prison. [Spencer] admitted he had thrown the packages over the prison fence. [He] denied having prepared the packages; he said they were already prepared when Washington picked him up. He denied knowing that they contained anything but cell phones and cigarettes.

An investigator for the defense testified that Victor Serrano . . . told him he went with Washington on the first occasion and attempted to throw the footballs into the prison. He was unable to throw them far enough. . . He said he was told the footballs contained cell phones and tobacco. . . Serrano said the following day, he was asked to make another attempt.

In challenging his conviction for violating California Penal Code § 4570, Spencer argued that it

which we decide independently. . . . In construing a statute, our purpose is to determine the intent of the Legislature and effectuate the purpose of the law. To do so, we look first to the words of the statute because they are the most reliable indicator of legislative intent. . . . We construe the words in context, keeping in mind the nature and the purpose of the statute. . . . If the language is unambiguous, we do not resort to any extrinsic source to determine the Legislature's intent.

The court then found that the language of Penal Code § 4570

Accordingly, unless the cell phones concealed in the footballs contained voice messages, text messages or photographs intended as communication with an inmate -- and there was no evidence that they did -- the act of providing cell phones to an inmate does not come within the unambiguous terms of the statute.

The court also found, however, that while the

Spencer argued that “the cell phones were `most likely provided to sell,’ rather than to facilitate communication between Washington and her husband, as the prosecution asserted.” People v. Spencer, supra. The Attorney General argued, in response, that

The Court of Appeals noted that the Attorney General was correct

that we must view the evidence in the light most favorable to the prosecution and presume in support of the judgment every fact the trier of fact could reasonably infer from the evidence. . . . However, even if the evidence permits this inference as to Washington's intent, this is not sufficient to support the conviction.

A conviction for conspiracy requires `proof that the defendant and another person had the specific intent to agree or conspire to commit an offense, as well as the specific intent to commit the elements of that offense, together with proof of the commission of an overt act [by one of the parties to the agreement] in furtherance of the conspiracy.’ (People v. Morante, (1999) 20 Cal. 4th 403.)

The court noted that, therefore, to support Spencer’s conviction for violating Penal Code § 4570, there must

be substantial evidence that he entered into the agreement with the specific intent of communicating with an inmate, or of assisting Washington in doing so; it is not enough that the evidence supported the inference that Washington acted with that intent.

Even viewed in the light most favorable to the prosecution, the evidence shows only that [Spencer] agreed to deliver the cell phones into the prison. It does not show that he had any knowledge as to Washington's reason for doing so or that he had any intent to achieve any objective beyond the mere delivery of the items.

Consequently, his conviction for conspiring to violate section 4570 must be reversed.

(And, you’re wondering, the Court of Appeals upheld Spencer’s conviction on the other two charges. People v. Spencer, supra.)