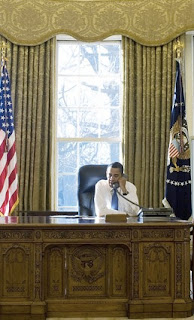 This post is about a recent decision from the U.S. Court of Appeals for the 8th Circuit that involved a conviction for exceeding one’s authorized access to a computer.

Whoever . . . intentionally accesses a computer without authorization or exceeds authorized access, and thereby obtains . . . information from any department or agency of the United States [commits a federal

After being convicted and sentenced to two years’ probation, She appealed, claiming the “evidence was insufficient to sustain her conviction” and the trial judge erroneously denied “her request for a government-funded expert witness.” U.S. v. Teague, supra.

From March 2000 to June 2009, Teague was employed with Vangent Corporation, Inc., a Department of Education (DOE) contractor that assists with student loan inquiries via a call center and engages in debt collection on behalf of the government. To perform her duties, [she] had privileged access to the National Student Loan Data System (NSLDS), which contains student borrowers' private information.

After an internal investigation, the DOE identified [her] as one of nine privileged users who had accessed the student loan records of now-President Barack Obama.

We’ll start with her first argument, i.e., that the evidence wasn’t sufficient to sustain her conviction. According to the opinion, at her trial the government introduced,


among other evidence, a log of computer activity from August 27, 2008, the date of the alleged offense. The log established that on that day Teague's unique user ID accessed the NSLDS at 5:54 a.m., searched for Obama's records at 5:55 a.m., and viewed Obama's private information until 5:57 a.m.

The log also showed that twenty-eight minutes later the same user ID had accessed the records of one Marc Martin, Teague's nephew, and both searches were conducted from the IP address of Teague's workplace computer. During the investigation and at trial, Teague admitted to conducting the Marc Martin search.

In addition, the government called as a witness Agent Nicole Centers Eisenzopf of the Department of Education Office of the Inspector General Technology Crimes Division. Centers testified there was no timeout between the Obama search and the Marc Martin search.

According to Centers, the NSLDS has a security feature that automatically logs users off after thirty minutes of inactivity. Since there was no timeout between the searches, Centers continued, anyone approaching Teague's computer in the interim would have seen the open NSLDS screen.

The government also presented evidence that Teague was at work on the day in question. . . . [It] called . . . Pat Meyers, Teague's co-worker, who testified Teague sometimes showed up at work before 6:00 a.m. Finally, the government introduced the evidence of Teague's conversation with Christopher Cooper, Special Agent of the Department of Education Office of Inspector General, which took place on June 16, 2009.

According to Cooper, Teague equivocated in response to his questions about the Obama search stating `she can't tell me that she didn't do it, but she doesn't remember doing it.’ Vangent Vice President Kevin Boyle, who also questioned Teague about the Obama search, also recalled Teague alternating between denials and forgetfulness.

The 8th Circuit began its analysis of Teague’s first argument by noting that to convict her, the government had to prove “ she (1) intentionally exceeded her authorized computer access, and (2) obtained information from a department or agency of the United States.” U.S. v. Teague, supra. It alo noted that “[w]hile the government did not produce direct evidence of Teague's guilt, it presented copious circumstantial evidence of her involvement, which may properly serve as a basis for the conviction.” U.S. v. Teague, supra.

The court pointed out, for example, that the prosecution introduced evidence

Based on this cumulative evidence, the jury could reasonably conclude the Obama search, which was part of one continuous session with the Marc Martin search, was also conducted by Teague.

The appellate court also found it “noteworthy” that her testimony

at trial denying having conducted the Obama search was not particularly credible. First, Teague was impeached with her prior inconsistent statements regarding her involvement in the Obama search. Both Special Agent Cooper and Vangent Vice President Kevin Boyle recall Teague stopped short of denying conducting the search when questioned prior to trial.

Second, during cross-examination, the government asked Teague if she had contacted her co-workers Daniel Kurtz or Pat Meyers about their upcoming testimony at trial, implying Teague was attempting to tamper with witnesses. [She said] she was simply returning Kurtz's call and asking Meyers to lunch. On rebuttal, Meyers and Kurtz testified Teague's phone calls dealt with the substance of their anticipated trial testimony. . . .

[A] reasonable jury could disbelieve Teague's account of events.

someone else accessed Obama's records using her user ID and password, which she kept in an unlocked desk drawer, particularly since Vangent employees had unlimited access to the office. While this may be so, the government is not required to exclude every hypothesis of innocence; it only needs to present evidence `sufficient to convince the jury beyond a reasonable doubt that the defendant is guilty.’ U.S. v. McGuire, 45 F.3d 1177 (8th Cir. 1995).

It has done so in this case by introducing testimony of co-workers, including James Elliot whom Teague suspected the most, denying any involvement in the Obama search. The jury chose to credit her co-workers' testimony, which the jury is entitled to do. . . . The government has met its burden, and the jury has properly performed its function. We find no error.

As to her second argument, Teague claimed the district court judge erred in not granting her request for government funds to hire a computer expert witness. U.S. v. Teague, supra. The court noted, first, that under the statute allowing a court to provide such funds, the defendant must show that there is a “reasonable probability” that the expert would aid in her defense to the point that denying the request would produce an unfair trial. U.S. v. Teague, supra.

It then pointed out that in her request to the district court,

The 8th Circuit found that given that this was all Teague communicated to the trial judge, “we cannot say the district court abused its discretion” by denying her motion for the money. U.S. v. Teague, supra.

On appeal, though, Teague developed her

reasons for requesting funding for an expert. She claims the expert could have opined about the possible inaccuracy of the government's computer logs, and would have explained how Obama's records could be remotely accessed by someone else, still reflecting Teague's IP address.

With computer evidence being the crux of the government's case, Teague asserts the denial of the expert funding put her at an unfair disadvantage at trial.

[T]he underlying facts do not support Teague's theory; she only hopes the expert will develop it. Therefore, we conclude [she] failed to demonstrate that the computer expert was necessary to her defense.

Wonder what happened to the other eight?

Posted by Susan Brenner at 6:56 AM