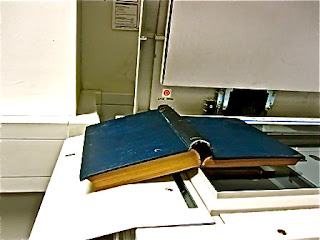 operated a Ponzi scheme through his company, MuniVest. MuniVest acted as the corporate identity for [Demiro’s] alleged criminal activities. Under MuniVest, [he] claimed to be an `investment advisor.’

While investigating [Demiro] for suspected bank and wire fraud violations in connection with MuniVest, on September 16, 2010, the FBI executed a search warrant at Munivest's location in Southfield, Michigan. Among the items seized were two computer servers, two external hard drives, and a computer tower (the `Computer Equipment’).

During debriefings with the FBI and defense counsel, [Demiro] informed the FBI that he purchased the Computer Equipment in order to build MuniVest, and that these items were purchased with fraud proceeds (i.e., money intended by his clients to be used to purchase certificates of deposit).

If you’re interested, you can read more about the case and find a photo of Demiro here. And you can find the criminal complaint – which outlines Demiro’s alleged misconduct in more detail -- here.

As a press release from the office of the U.S. Attorney for the Eastern District of Michigan reported, on April 19, 2011 Demiro “pled guilty . . to five counts of bank and wire fraud”, stipulating that “he abused a position of trust in his fiduciary capacity as an investment advisor.” The charges were contained in an information – a formal charging document that issued after the criminal complaint. In addition to charging Demiro with bank and wire fraud, the information also “sought forfeiture of 27 different pieces of computer equipment, including the Computer Equipment” noted above. U.S. v. Demiro, supra.

At some point after Demiro pled guilty (at least, that’s when I’m assuming it happened), he sought permission to

make a copy of certain electronic data stored on the Computer Equipment. Specifically, [Demiro] requested three types of electronic data: (1) corporate and personal data, including records requested by the bankruptcy court and needed by [him] for tax filing; (2) personal photographs and music; and (3) corporate and personal intellectual property. The Government declined to provide [him with] unfettered access to the Computer Equipment.

The Government also declined to provide copies of any files that were `corporate and personal intellectual property.’ The Government, however, did propose that if [Demiro] identified the files requested, as well as the locations of these files on the Computer Equipment, then the FBI forensic examiners would make copies of those files for [him].

Demiro “declined the Government’s offer” and filed a motion under Rule 41(g) of the Federal Rules of Criminal Procedure. Rule 41(g) states, in pertinent part, that a “person aggrieved by an unlawful search and seizure of property or by the deprivation of property may move for the property’s return.” As I’ve explained in earlier posts, the Rule 41(g) procedure is used to obtain the return of property (i) that was seized unlawfully and therefore presumably can’t be used against a defendant in court), (ii) that belongs to someone who has not been, and won’t be, charged with a crime or (iii) that belongs to someone who was charged with and convicted of a crime and is either serving his/her sentence or has finished serving the sentence. In the last two alternatives, the property is no longer needed as evidence, so the original owner can argue that he/she is entitled to get it back.

The usual dynamic is that the person who is (or claims to be) the rightful owner of the property files a motion for its return and the court decides whether or not the motion should be granted. Obviously, such a motion won’t be granted if the property at issue is contraband, e.g., child pornography or illegal drugs. It can, however, be granted if the property is not contraband and, as I noted in an earlier post, there seems to be no good reason for the government to hold onto it any longer. Traditionally, then, the Rule 41(g) dynamic has been a zero-sum process: the property is either returned to the original owner or remains in the government’s custody. There is no middle ground.

That wasn’t the case under the scenario that at least potentially arose from Demiro’s Rule 41(g) motion. He wanted to copy the three types of data he specified in his motion, which meant that if the court granted his motion both Demiro and the government would have the data at issue. I’m not sure that qualifies as “returning” the data. If someone who had pled guilty to a crime and served their sentence filed a motion for the “return” of data stored in computers the government had seized from their home, say, I don’t think the government’s copying the data and giving the person the copies would constitute “returning” it. I could see the person in this scenario arguing that “returning” property implicitly assumes the zero-sum dynamic I noted above.

The Demiro case, of course, doesn’t involve that scenario. He’s the one who’s asking to have the data copied and the copies given to him. So the copying-as-“returning” issue didn’t arise here. I suspect it will, at some point.

The prosecution argued that Demiro should not be allowed to copy the data because he had not “shown whether he is “aggrieved” under Rule 41, or whether the files were used to defraud the victims in this matter.” U.S. v. Demiro, supra. The judge found, first of all, that Demiro had not shown that he was “aggrieved” as required by Rule 41 because the government had offered to provide him “with copies of the files needed for tax and court purposes, and personal photos (i.e., files falling into the first and second categories enumerated, supra ), if [he] specifically identifies the files and their location.” U.S. v. Demiro, supra.

admitted during interviews with the FBI that the Computer Equipment was used to assist in defrauding the victims in this matter. While [he] fails to clearly enumerate what is `intellectual property’ or its value, [Demiro’s] contention that it has value suggests that it should be made part of the asset forfeiture case, not returned to him. Thus, [Demiro] fails to demonstrate that the electronic data stored on the Computer Equipment is no longer needed by the Government.

I’m a little confused by some of the judge’s comments. For example, in the last sentence in the paragraph quoted immediately above, the judge says Demiro loses because he’s failed to show that the government no longer needs the data stored on the equipment. Doesn’t that implicitly assume that by giving Demiro a copy of the data the government is somehow deprived of it? . . . which would be true if he were given the equipment containing the only copy of the data but shouldn’t be true if he’s given a copy and the government retains the original version of the data.

It seems to me Demiro’s motion also raises another issue, one that is addressed implicitly, if at all, in this opinion. How does/should a court reconcile Rule 41(g) with the government’s pursuit of criminal forfeiture when the property at issue is intangible, and can therefore be copied? In other words, would letting Demiro have a copy of the data at issue in this case somehow defeat the government’s seeking forfeiture of various property, including this data? If the purpose of forfeiture is to deprive the defendant of specific property (e.g., a computer, a house, a car), then isn’t allowing a defendant to copy data necessarily inconsistent with forfeiture?