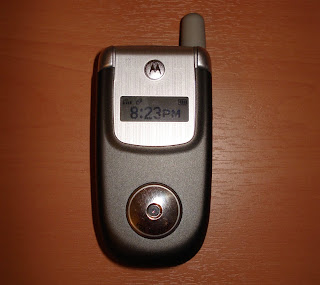 A person is guilty of promoting prison contraband in the first degree when:

1. He knowingly and unlawfully introduces any dangerous contraband into a detention facility; or

2. Being a person confined in a detention facility, he knowingly and unlawfully makes, obtains or possesses any dangerous contraband.

The opinion notes that the facts of the

are little in dispute in that there is no question that [Green] knowingly possessed contraband, i.e., a cell phone, since a defendant's knowing possession refers only to the voluntariness of the possession itself, and may be established by his own testimony. . . . Here, [Green] admitted to the Department of Correction's investigators that the cell phone found in his possession was his and the defense at trial argued that it was just `innocent’ possession of contraband and not dangerous.

The case was tried by a jury, which convicted Green of “promoting prison contraband”, after which he appealed. People v. Green, supra. At trial and again on appeal, Green argued that the

possession and use of the cell phone was not dangerous since [his only use of it] was to call his wife and family regarding certain marital difficulties. At trial, there was not a scintilla of evidence disputing [Green’s] claim that the cell phone was not used for any other purpose than calling his family. Thus, [he] again argued that the cell phone is merely contraband, making possession thereof in state prison a class A misdemeanor, and that it is not dangerous contraband as required to elevate the possession in state prison to a class D felony.

The prosecution, on the other hand, argued that

a cell phone is by its very nature DANGEROUS contraband, and it need not be established that the cell phone was actually or, intended to be, used to endanger the security of the Woodbourne Correctional Facility or those therein. The People argued that the cellphone is capable of such use as may endanger the safety and security of the detention facility and those therein.

In analyzing the arguments, the court noted, first, that New York Penal Law § 205.00(3) defines “contraband” as “any article of thing which a person confined in a detention facility is prohibited from obtaining or possessing by statute, rule, regulation or order.” People v. Green, supra. It also noted that New York Penal Law § 205.00(4) defines “dangerous contraband” as contraband that is “capable of such use as may endanger the safety or security of a detention facility or any person therein.” People v. Green, supra.

This court explained that the New York Court of Appeals has found that in determining if an item is dangerous contraband, courts look not for

any element of intent to use the item unlawfully because it is the item itself that is determinative as to the issue of whether the item creates the proscribed, `substantial probability that [it] will be used in a manner that is likely to cause death or other serious injury, to facilitate an escape, or to bring about other major threats to a detention facility's institutional safety or security.’

According to this opinion, the Finley court rejected the

presumption that dangerous contraband should be so broad as to incorporate `any item that, when present in a detention facility, could lead to altercations and inmate disobedience,’ noting the harsher felony consequences for possessing dangerous contraband, as compared to contraband.

The Green court then explained that New York Penal Law § 205.00(3) grants the State Department of Correctional Services [DOCS] the authority to declare what is contraband. People v. Green, supra. It noted that “[d]espite the nonexistence of any memoranda, rule or order by DOCS that lists what is considered to be DANGEROUS contraband”, New York courts “have found various types of prohibited items [such as knives, razor blades, drugs and drawings of a prison yard] to be DANGEROUS contraband.” People v. Green, supra (capitalization in original).

The opinion then reviews decisions from two states (Kentucky and Michigan) and from several federal courts (in Michigan and Texas) that held cell phones are dangerous (I refuse to capitalize it) contraband. People v. Green, supra. For example, in Burdell v. Morgan, 2006 WL 1045501 (Kentucky Court of Appeals 2006), the court held that a cell phone is dangerous contraband because it could be used to facilitate an escape.

from a monitored prison phone land line, conversations between an inmate and those whom he chooses to reach with a cell phone cannot be monitored by the detention facility. This poses an immediate safety risk to any institution where an inmate possesses a cell phone, given the possibility that cell phones would allow inmates to conduct clandestine dealings with the outside world to form an escape plan, arrange for a murder of a prosecution witness or coordinate other illegal operations from within a detention facility.

Additionally, these security risks were emphasized at trial through the testimony of Superintendent Walsh, who testified that neither correctional officers, civil employees, nor himself, are allowed to possess a cell phone while inside a correctional facility because of the inherent risk that they pose to security and safety of staff and inmates.

as a matter of law a cell phone, no matter how a defendant may use it, is inherently DANGEROUS because a cell phone or other telecommunication device has a substantial probability that the item itself may be used in a manner that is likely to bring out major threats to a detention facility's institutional safety or security by the defendant, or other inmates, in the facility.

Although the court decided the issue, it noted that “courts should be the last, not the first, to determine what types of contraband are dangerous,” and therefore called on the DOCS to develop “a formal list of items that it determines to be dangerous contraband.” People v. Green, supra. It seems only fair to put inmates on notice as to what is, and is not “dangerous.”

I wonder if – assuming inmates have access to computers – an email account, a web-based email account, would be considered “dangerous contraband?” If it was, I wonder under what circumstances the inmate could be deemed to have “possessed” the contraband?