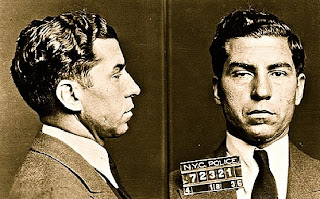 The specific issue the court was required to resolve was whether the evidence presented to the grand jury that indicted the defendants “sufficed” to show that their “combined activities constituted the type of ascertainable structure needed to satisfy the definition of enterprise corruption under Penal Law § 460.10(3).” People v. Western Express Intern., Inc., supra.

The court noted that New York adopted the OCCA in 1986, having decided that new

`penal prohibitions and enhanced sanctions . . . are necessary to deal with the unlawful activities of persons and enterprises engaged in organized crime’ (N.Y. Penal Law § 460). . . . [O]rganized crime involves `highly sophisticated, complex criminal activity, and describes how `legitimate enterprises [are] being employed as instrumentalities, injured as victims, or taken as prizes.’ (N.Y. Penal Law § 460). . . .

[T]he Act was considered necessary because `[e]xisting penal law provisions are primarily concerned with the commission of specific and limited criminal acts without regard to the relationships of particular criminal acts or the illegal profits derived therefrom, to legitimate or illicit enterprises operated or controlled by organized crime’. (N.Y. Penal Law § 460).

People v. Western Express Intern., Inc., supra. The Supreme Court also noted that under the Act, when a business enterprise takes what would otherwise be a series of

individual criminal acts by various participants, and attempts to incorporate those participants, and their criminal transactions, into a larger, ongoing criminal enterprise, the OCCA . . . authorizes prosecution of the larger organization as a whole, `because their sophistication and organization make them more effective at their criminal purposes and because their structure and insulation protect their leadership from detection and prosecution’. (N.Y. Penal Law § 460).

One more bit of preface: The Supreme Court explained that the type of enterprise corruption at issue in this case, which was charged under N.Y. Penal Law § 460.20,

occurs when a defendant, `having knowledge of the existence of a criminal enterprise and the nature of its activities, and being employed by or associated with such enterprise intentionally conducts or participates in the affairs of an enterprise by participating in a pattern of criminal activity.’ The `criminal enterprise’ with which the defendant must be associated is defined in [N.Y. Penal Law § 460.10(3)] as `a group of persons sharing a common purpose of engaging in criminal conduct, associated in an ascertainable structure distinct from a pattern of criminal activity, and with a continuity of existence, structure and criminal purpose beyond the scope of individual criminal incidents’ (emphasis added).

The indictment charged that “Western Express International, its president, Vadim Vassilenko, and the four other individual defendants appealing here, as well as various other individuals not parties to this appeal, formed and participated in an operation of this type.” People v. Western Express Intern., Inc., supra. The trial judge dismissed the indictment against all defendants because he found that the evidence “failed to show the requisite `structure’ of the charged enterprise, observing that `courts have consistently required some evidence of a system of authority or hierarchy binding the defendants together.’” People v. Western Express Intern., Inc., supra.

The indictment alleged that the defendants constituted a “cybercrime enterprise” that

used the structure and facilities of Western Express to systematically traffic in stolen credit card data, using money laundering processes made possible by Western Express in order to avoid detection. . . . Vassilenko made concerted efforts to position Western Express as a preferred agency for `carders,’ that is, vendors and buyers of stolen credit card data. He . . . provided services that would help [them] carry out their illegal transactions undetected by law enforcement. Vassilenko created and maintained websites and Internet forums containing postings about the sale of stolen account information, advertised Western Express's money-moving services [and] posted messages on `carder’ websites. . . .

Western Express provided Egold (in exchange for other currency) to buyers of stolen credit card data, . . ., which helped them anonymously purchase the data; Western Express would redeem from the sellers of the stolen data . . . the Egold the buyers paid them, exchanging it for Webmoney or U.S. currency. On each transaction, Western Express earned a commission of 2-5%. . . . Western Express employees also helped the vendors and buyers avoid triggering federal reporting requirements by advising them to make wire transfers in small amounts under a variety of fictitious names. In these ways, Western Express . . . actively encouraged, assisted and participated in [money laundering and other illegal activities].

Five of the of the Justices of the Supreme Court – Appellate Division heard this case. People v. Western Express Intern., Inc., supra. After Justice Saxe, who wrote the opinion for the majority, finished outlining the relevant facts and law, he noted that the members of the court were divided on the question of whether

the nature of this organization, as indicated by the evidence presented to the grand jury, constitutes a `criminal enterprise’ having an `ascertainable structure’ as contemplated by the OCCA. . . . [T]he structure of Vassilenko's enterprise . . . differs greatly from the way in which the word `structure’ is ordinarily used in the context of organized crime. The `structure’ at issue here is, essentially, a web site; there is no social club or office, no hierarchy of appointed positions.

In other words, it didn’t look like the kind of Mafia family the OCCA and RICO were designed to pursue. After reviewing cases from New York and a U.S. Supreme Court case parsing RICO, the opinion found that while the evidence “establishes a series of crimes by individual defendants comprised of purchases and sales of stolen credit card data, along with related crimes, the business was shown to be more than simply the site at which a series of criminal transactions occur.” People v. Western Express Intern., Inc., supra. The court then notes that

Western Express . . . built a broader criminal structure, in which each of the defendants played a role. The structure of the criminal enterprise created by Vassilenko, using the framework of Western Express, amounted to more than a series of individual crimes. Moreover, it was driven by a larger criminal purpose. . . . [T]here was the overall planning and communications spearheaded by Vassilenko, with the assistance of other company employees, to transform what had been Western Express's initially legitimate business into a hub for criminal activity geared toward maximizing . . . profits from the theft and use of stolen credit card information and its protection from law enforcement.

This creation of a sophisticated, multi-faceted criminal enterprise formed to encourage and expand on the criminal transactions upon which it is built, is analogous to the gambling organization discussed in People v. Conigliaro (290 A.D. 2d 287 [2002], which operated a sports betting concern that included a variety of participants who together conducted an enormous business.

The majority’s opinion concludes that given the OCCA’s “particular concern for legitimate businesses overtaken by criminal enterprises,” the prosecution “should be permitted to attempt to prove at trial that the defendants took part in the ongoing criminal enterprise Western Express had become”. People v. Western Express Intern., Inc., supra. The majority therefore ordered that the orders dismissing the indictment should be reversed and the indictment reinstated. People v. Western Express Intern., Inc., supra.

Two of the five justices dissented, in an opinion written by Justice Andrias. People v. Western Express Intern., Inc., supra. They found that the “defendants' combined activities, undertaken for their individual benefit, without any chain of command, profit sharing, or continuity of criminal purpose beyond the scope of the criminal incidents alleged in the indictment,” were “insufficient to show they engaged in the type of criminal enterprise covered by the statute.” People v. Western Express Intern., Inc. (dissent).

The dissent reviews the evidence summarized in the majority opinion, but views it very differently:

This evidence only established that, by sophisticated means, some of the defendants . . . sold stolen information and illegitimate services to the other defendants, who acted independently in using the information and services to commit their individual crimes. While the People assert that the `Western Express Cybercrime Group’ was `comprised of Buyers, Vendors, Cybercrime Services Providers, and Money Movers, all of whom made decisions and shared authority over distinct aspects of the enterprise's activities,’ there is no evidence of any collective decision-making or coordination with respect to the purported enterprise's activities or of any overarching structure of authority or hierarchy in which defendants participated. Accordingly, even when viewed in the light most favorable to the People, the evidence before the grand jury was insufficient to establish an ascertainable structure.

The dissenters also disagreed with the majority’s view that it was necessary to ensure that existing law – like the OCCA – be applied to the new types of criminal operations emerging online, operations “`without formal organization’” analogous to that historically common to real world organized crime. People v. Western Express Intern., Inc. (dissent).

The majority opinion noted that it

has been observed that the structure of these criminal enterprises using the Internet may be fundamentally different than the hierarchical model typical of traditional organized crime; in the context of the Internet, traditional hierarchies are replaced by networks, and a hallmark of the network-style structure is decentralized power and authority.

The dissenters explained that while “the forms of Internet crime have been evolving and becoming far more sophisticated over the decades since the OCCA was enacted,” the issue before the court was not “whether the Legislature had this particular type of criminal enterprise in mind when it formulated the language of the statute. Rather, we need only decide whether the structure of the enterprise at issue falls within its definition of enterprise corruption.” People v. Western Express Intern., Inc. (dissent). They found it did not, and so would have affirmed the order of the lower court. People v. Western Express Intern., Inc. (dissent).

If you’d like to read a summary of the charges and a full list of the defendants in this case, you can find that here. In a relatively brief search, I couldn’t find the 173-count indictment in the case online, but maybe I missed it. . . . .