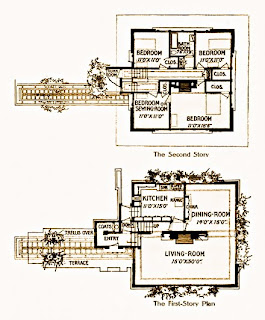 As Wikipedia explains, an expert witness is someone who “ by virtue of education, training, skill, or experience is believed to have . . . specialized knowledge in a particular subject . . . sufficient that others may . . . legally rely upon the” witness’ “opinion about an evidence or fact issue within the scope of his expertise.”

The other type of witness who testifies at trials and other court proceedings is the “lay witness,” which one site defines as “[a]ny witness not testifying as an expert witness and who is thereby generally precluded from testifying in the form of an opinion.”

As I’ve noted in other posts, in the United States each state and the federal system has, respectively, rules of evidence that govern who can testify and in what capacity (expert or lay witness) and the matters as to which they can testify. Since this post is going to deal with a case from Texas, I’ll use the Texas Rules of Evidence to illustrate how these rules deal with expert and lay witnesses.

Texas Rule of Evidence 701 deals with the issue noted above: opinion testimony by lay witnesses. It states that

Texas Rules of Evidence 702 deals with expert testimony, stating that

[i]f scientific, technical, or other specialized knowledge will assist the trier of fact to understand the evidence or to determine a fact in issue, a witness qualified as an expert by knowledge, skill, experience, training, or education, may testify thereto in the form of an opinion or otherwise.

That brings us to Mendoza v. State, 2011 WL 2402045 (Texas Court of Appeals 2011). According to this opinion, Cecilio Mendoza was charged with and convicted by a jury of attempted capital murder and burglary of a habitation with intent to commit robbery and sentenced to 47 years in prison on the first charge and 15 years on the second charge, the two sentences to be served concurrently. Mendoza v. State, supra. The opinion summarizes the facts that led to Mendoza’s convictions as follows:

In the early morning hours of February 26, 2007, [Mendoza] and . . . Jose Limon, wearing ski masks and carrying guns, entered the home of the Vallejo family in Brownsville, Texas. One of the family members escaped and called 911. Police officers arrived, entered the house, and a shootout ensued. Limon died at the scene. Officer Trujillo suffered multiple injuries, but survived. [Mendoza] attempted to escape by jumping through a window, but the police apprehended him nearby.

Mendoza v. State, supra. If you’d like to read Officer Trujillo’s account of what happened at the scene, check out the news story you can find here.

The exhibits are DVDs which depict three-dimensional (`3D’) computer-generated representations of the crime scene. Appellant complains the trial court erred in admitting (1) the 3D exhibits as scientific evidence and (2) the testimony of Officer Julio Briones as expert testimony. Officer Briones created the exhibits by using a commercially-available computer software program.

According to Officer Briones, he created the exhibits by

entering room measurements, the officers' and suspects' locations, and other relevant information into a computer software program. The computer software, Crime Zone, utilizes the information to create a three-dimensional representation of a physical setting. The software was also used to create State's Exhibit 546, a `flat’ diagram of the house showing the officers' and suspects' locations.

On appeal, Mendoza argued that the trial judge erred when he admitted a

In his brief on appeal, Mendoza pointed out that, as noted above, expert testimony is

admissible if the expert is qualified and the testimony is relevant and based upon a reliable foundation. . . . If the witness possesses scientific, technical or other specialized knowledge that will assist the fact-finder and if the witness is qualified as an expert by knowledge, skill, experience, training, or education, then that expert may testify with an opinion. . . . [T]he testimony of Briones on Voir Dire demonstrated that he did not have the qualifications to testify as an expert. Briones had no specialized education, skill, experience or training in the creation or use of `3-D’ exhibit. In fact, his only experience using the `3-D’ exhibit amounted to testifying in court with such an exhibit one other time.

Mendoza also argued that the evidence did not meet the test for determining if expert testimony is reliable which the Texas Court of Criminal Appeals articulated in Kelly v. State, 824 S.W.2d 568 (1992):

Mendoza argued that the prosecution did not introduce any evidence to satisfy the Kelly criteria with regard to the scientific techniques involved,

the validity of those techniques, whether those techniques had been verified and how they had been verified. Further, no evidence was introduced regarding the potential rate of error of the technique or other experts who could test or evaluate the technique. More significantly, there was no evidence to demonstrate that the technique had been properly applied in this case or that the `3-D’ exhibit accurately depicted the scene, the specific positions and locations of the individuals at the scene, and the actions, or points of view of the various individuals at the scene immediately prior to and during the relevant events.

The prosecution argued, in response, that Mendoza was mischaracterizing the evidence:

This is not scientific evidence, nor was Briones' testimony expert testimony. The software used, Crime Zone, is commercially-available software. The [prosecutor] explained . . . the evidence was demonstrative, an `aid to the jury’ to understand Briones' testimony. [He said] Briones was not testifying as an expert on trajectory angles or any other scientific matter. Therefore, . . . this evidence was not the type of evidence [Mendoza] claims it to be. It is instead `demonstrative evidence,’ the same as a diagram created by police officers as part of an accident report, or a map drawn by a witness from the stand.

The prosecution pointed out that demonstrative evidence “is admissible if it tends to aid the jury in the resolution of the case” and that the decision to admit such evidence is left to the discretion of the trial judge. State’s Appellate Brief, Mendoza v. State, supra. It also pointed out that the 3D diagram was properly authenticated: Briones testified that he created it “based on his own personal knowledge” of the locations of the objects in the diagram and on measurements he “personally took” at the crime scene. State’s Appellate Brief, Mendoza v. State, supra. Finally, the prosecution noted that the trial judge held a hearing on the admissibility of the diagram, at which defense counsel cross-examined Briones and as a result of which the judge “held that Officer Briones had the requisite knowledge and technical skill to operate the computer software used to create the 3D diagram.” State’s Appellate Brief, Mendoza v. State, 2010 WL 4621083 (2010).

The Court of Appeals agreed with the prosecution, holding that the “trial court did not abuse its discretion in admitting the 3D exhibits.” Mendoza v. State, supra. It noted that the trial judge asked the prosecutor,

`What are you—you utilizing him as an expert to testify about how it was created?’ The State responded, `we can utilize [Briones] as a layperson.’ Briones testified that he: (1) was familiar with the Crime Zone software used in this case; (2) had used the software on at least two previous occasions and to create State's Exhibit 546, a `flat’ diagram of the crime scene; (3) believed the diagrams were to scale; and (4) believed the exhibits would assist the jury in determining what happened the night of the crime.

The Court of Appeals also noted that diagrams are

generally admissible to explain the testimony of a witness and render it more intelligible. . . . Moreover, even if the trial court erred in admitting the 3D exhibits, the improper admission of evidence is harmless if the record contains other, properly admitted evidence that is probative of the same matter. . . . Here, . . . State's Exhibit 546 had been admitted and depicted the same information without the 3D enhancement.

I don't understand why this point was appealed. All the cop did was basically make a drawing of the crime scene. Whether he did it by freehand, or stencels, or with CAD, so what? As long as the depiction is accurate, what difference does it make how it was drawn?

The issue was whether or not this was scientific evidence or demonstrative evidence. A diagram that is not used as substantive evidence is a deomstrative aid. How big of an impact this really had on the trial is questionable, but when you leave an open door, a good lawyer will step through it.