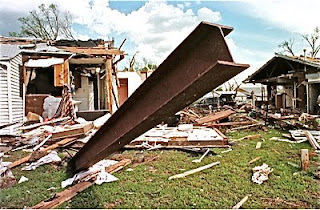 As I’ve explained in earlier posts, courts use the concept of “true threat” to distinguish speech that is protected by the 1st Amendment from “threats,” which are not protected by the Constitution. As Wikipedia notes, the Supreme Court “has held that true threats are not protected under the U.S. Constitution based on three justifications: preventing fear, preventing the disruption that follows from that fear, and diminishing the likelihood that the threatened violence will occur.”

This post is about a defendant who was charged with making “true threats” in violation of 18 U.S. Code § 875(c), which I’ve discussed in earlier posts. Section 875(c) makes it a federal crime to transmit “in interstate or foreign commerce any communication containing any threat to kidnap any person or any threat to injure the person of another”. The use of the Internet qualifies as interstate commerce, so the remaining elements the prosecution must prove are that the defendant transmitted a communication containing a threat within the parameters of the statute.

More precisely, this post deals with the motion to dismiss Jeffrey L. Clemens filed after he was charged with violating § 875(c). U.S. v. Clemens, 2011 WL 1540150 (U.S. District Court for the District of Massachusetts 2011). Clemens argued that (i) the communications at issue weren’t threats; (ii) the prosecution was the result of prosecutorial misconduct; and/or (iii) the prosecutors misled the grand jury that indicted him. U.S. v. Clemens, supra.

on or about March 8, 2010 Clemens `did willfully and knowingly transmit in interstate commerce from the State of Ohio to the Commonwealth of Massachusetts’ two e-mail communications to two separate recipients, Stephen Pfaff and Patricia Vinchesi, each containing `a threat to injure’ the respective recipient.

Pfaff is an attorney who represented the Town of Scituate, Massachusetts and other defendants in two successive civil actions brought by Clemens as a pro se plaintiff. The first case was filed by Clemens on May 3, 2007 and was dismissed at the summary judgment stage by an order and memorandum dated May 22, 2009. . . . The second was filed by Clemens on October 27, 2009 and was dismissed with prejudice by the court when the communications at issue in the current criminal matter came to light. . . .

It is alleged that Pfaff received the e-mail which forms the basis for Count One of the indictment (the `Pfaff e-mail) . . . on or about March 8, 2010 from the e-mail address `Sunhuron3 @aol.com.’ The Pfaff e-mail bore an electronic signature indicating it was from Clemens. The Pfaff e-mail references the two civil cases involving Clemens and the Town of Scituate; it also apparently refers to a motion to dismiss filed by Pfaff in the second case days before the email was transmitted.

In ruling on Clemens’ argument that the statements he allegedly made did not rise to the level of “true threats,” the federal judge who has the case noted that “the Pfaff e-mail as a whole must be considered”, but that the following statements gave “some sense of the basis of the criminal charges” against Clemens. U.S. v. Clemens, supra.

• `I, at this point, will not ever allow the SPD and HDC to get away with what they have done.

• One way or another, I will have my day in court or the back alley [hint hint, veiled threat potential here].

• You, at this point, I assure you, will get what you deserve. Pow! Bang! Spat! I really, truly and sincerely wish you were dead.

• I am very much looking forward to putting you in your place, Mr. Pfaff.

• From now on, be sure and watch your backside, Mr. Pfaff. God may step up to the plate at any moment. I dunno, I got this feeling someone's going to get hurt REAL BAD. And it ain't gonna be me.’

Clemens argued that the emails did not contain threats, “but merely express hopes and wishful thinking.” U.S. v. Clemens, supra. The judge did not agree:

Certain of the statements . . . do express hopes or wishes but hardly of a benign nature (e.g., `how I wish a 10–ton I-beam would fall on you . . .’). Others appear to refer to Clemens's intention to do something (e.g., `I will have my day in court or in the back alley; `I am very much looking forward to putting you in your place’; `From now on, be sure to watch your backside’). These statements, and others, must be considered in light of the entire communication and the context -- highly contentious civil litigation -- in which they were sent. In a vacuum, many words and phrases might have ambiguous meanings, including whether they express a threatening intention or a malign hope, but `[t]he use of ambiguous language does not preclude a statement from being a threat.’ U.S. v. Fulmer, 108 F.3d 1486 (U.S. Court of Appeals for the 1st Circuit 1997).

Absent knowingly false testimony -- and none is alleged here -- the grand jury's finding of probable cause defeats allegations of malicious prosecution. . . . Although Clements alleges certain improprieties . . . with respect to the grand jury proceedings, he makes no specific allegations that law enforcement officials obtained the indictment through the knowing presentation of false testimony.

Finally, Clemens argued that the prosecutor committed misconduct in presenting the case to the grand jury. U.S. v. Clemens, supra. He claimed, among other things, that

(a) AUSA [Assistant U.S. Attorney] Tobin did not instruct the jury as to what constitutes a `threat’ for purposes of the charged crime; (b) the grand jury was not properly informed that a `curse,’ by law, is not a threat; (c) AUSA Tobin improperly introduced prior instances of Clemens making threats without providing other background information;. . . and (f) references to lawsuits brought by Clemens against the Town of Scituate and other defendants were inaccurate and did not mention the second suit.

In ruling on this argument, the judge first noted that Clemens did not “make specific allegations of a law enforcement officer offering knowingly false testimony.” U.S. v. Clemens, supra. He then explained that in ruling on a motion to dismiss an indictment based on grand jury misconduct, the judge must find that the misconduct “`substantially influenced the grand jury’s decision to indict, or if there is grave doubt that the decision to indict was free from substantial influence of such violations’”. U.S. v. Clemens, supra (quoting In re United States, 441 F.3d 44 (1st Cir. 2006)).

The judge found that “the kind of misconduct alleged by Clemens does not rise to the high level of prejudice required to dismiss an indictment.” U.S. v. Clemens, supra.

With respect to the instruction as to what constitutes a `threat’ under law, the transcript of the proceedings shows that AUSA Tobin correctly outlined the applicable legal standard. . . . He stated that `the test for what constitutes a threat, is “whether the defendant should have reasonably foreseen that the statement he uttered would be taken as a threat by those to who it was made.”’ . . . Clemens's concern about the instruction is unfounded.

Furthermore, in light of these instructions on the law, the colloquy between AUSA Tobin and a grand juror regarding whether a `curse’ could be a threat was appropriate. The determination whether there is probable cause that certain statements, taken in context, constitute `threats’ is a factual question for the grand jury, even if those statements could also be characterized as a `curse” AUSA Tobin properly indicated that this determination was for the grand jury to decide.

I searched for news stories about this case, thinking they might provide more of a factual context for this opinion, but couldn’t find any . . . .