Civility in Oral and Written Communications . . . 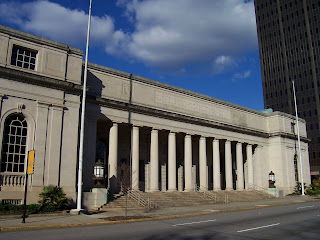 This post is about an attorney discipline matter heard by the South Carolina Judicial Department’s Office of Disciplinary Counsel.

As the Office’s website notes, it is “tasked with screening and investigating all of the complaints made against both judges and lawyers in South Carolina.” This post is about a proceeding that arose from such a complaint. In re Anonymous Member of South Carolina Bar, __ S.E.2d __, 2011 WL 1548025 (South Carolina Supreme Court 2011).

This is how the complaint came to be filed:

`I have a client who is a drug dealer on . . . Street down town [sic]. He informed me that your daughter, [redacted] was detained for buying cocaine and heroine [sic]. She is, or was, a teenager, right? This happened at night in a known high crime/drug area, where alos [sic] many shootings take place. Lucky for her and the two other teens, they weren't charged. Does this make you and [redacted] bad parents?

This incident is far worse than the allegations your client is making. I just thought it was ironic. You claim this case is so serious and complicated. There is nothing more complicated and serious than having a child grow up in a high class white family with parents who are highly educated and financially successful and their child turning out buying drugs from a crack head at night on or near . . . Street. Think about it. Am I right?’


Attorney Doe's spouse, also an attorney, filed the complaint in this matter after Attorney Doe disclosed the `Drug Dealer’ e-mail to him.

In re Anonymous, supra. (“Respondent,” of course, is the Anonymous Member of the South Carolina Bar who is, essentially, the defendant in this disciplinary proceeding.)

At the hearing on the complaint, “Respondent admitted that Attorney Doe's daughter had no connection to the domestic action.” In re Anonymous, supra. Also at the hearing,

Respondent asserted that the e-mail was in response to daily obnoxious, condescending, and harassing e-mails, faxes, and hand-delivered letters from Attorney Doe. These communications allegedly commented on the fact that Respondent is not a parent and therefore could not advise Respondent's client appropriately.

The “Hearing Panel” which heard the evidence in this matter found that Respondent “was subject to discipline” for (i) “engaging in conduct tending to pollute the administration of justice or bring the legal profession into disrepute” and (ii) for violating “the attorney’s oath of office.” In re Anonymous, supra. A majority of the Panel found that the “Respondent's action warranted an admonition and would require Respondent to pay the costs of this proceeding,” while one member “recommended Respondent receive a Letter of Caution with a finding of minor misconduct.” In re Anonymous, supra.

The case then went to the South Carolina Supreme Court, which “`has sole authority to discipline attorneys and to decide the appropriate sanction’” In re Anonymous, supra. Before the Supreme Court, Respondent challenged the Panel’s first finding, i.e., that he/she “engaged in conduct that tended to pollute the administration of justice or bring the legal profession into disrepute.” In re Anonymous, supra. The Supreme Court agreed with the panel that his/her email was conduct

tending to bring the legal profession into disrepute and was prejudicial to the administration of justice. By sending the `Drug Dealer’ e-mail to Attorney Doe, Respondent was doing a disservice to Respondent's client. An e-mail such as the one sent by Respondent can only inflame the passions of everyone involved, make litigation more intense, and undermine a lawyer's ability to objectively represent his or her client. This kind of personal attack against a family member of opposing counsel with no connection to the litigation brings into question the integrity of the judicial system and prejudices the administration of justice.

With regard to the Hearing Panel’s second finding, the Respondent argued that “he civility clause contained within the lawyer's oath is unconstitutionally vague and overbroad.” In re Anonymous, supra. The Supreme Court pointed out that the civility clause was part of the oath the Respondent became a member of the South Carolina Bar. In re Anonymous, supra. In the civility clause, those being admitted to the bar swear or affirm that “[t]o opposing parties and their counsel, I pledge fairness, integrity, and civility, not only in court, but also in all written and oral communications”. Rule 402(k), South Carolina Appellate Court Rules.

The Supreme Court first addressed the Respondent’s argument that the clause was unconstitutionally vague, noting that a law is “`unconstitutionally vague if it forbids or requires the doing of an act in terms so vague that a person of common intelligence must necessarily guess as to its meaning and differ as to its application.’” In re Anonymous, supra (quoting Curtis v. State, 345 S.C. 557, 549 S.E. 591 (South Carolina Supreme Court 2001)). The Court then found that in this case,

there is no question that even a casual reading of the attorney's oath would put a person on notice that the type of language used in Respondent's `Drug Dealer’ e-mail violates the civility clause. Casting aspersions on an opposing counsel's offspring and questioning the manner in which an opposing attorney was rearing his or her own children does not even near the margins of the civility clause. While no one argued it in this case, it could be argued that the language used by Respondent in the `Drug Dealer’ e-mail constituted fighting words. Moreover, a person of common intelligence does not have to guess at the meaning of the civility oath. We hold that the civility oath is not unconstitutionally vague.

The Supreme Court then addressed the Respondent’s argument that the civility oath was unconstitutionally overbroad, noting that under the First Amendment’s

overbreadth doctrine, `the party challenging a statute simply must demonstrate that the statute could cause someone else -- anyone else -- to refrain from constitutionally protected expression.’ The overbreadth doctrine has `been implemented out of concern that the threat of enforcement of an overly broad law may deter or “chill” constitutionally protected speech—especially when the overly broad law imposes criminal sanctions.’

The Court also noted that in analyzing whether a disciplinary rule violates the First Amendment, a court “must balance `the State's interest in the regulation of a specialized profession against a lawyer's First Amendment interest in the kind of speech that was at issue.’” In re Anonymous, supra (quoting Gentile v. State Bar of Nevada, 501 U.S. 1030 (1991)). The Supreme Court then found that the interests protected by the civility oath

are the administration of justice and integrity of the lawyer-client relationship. The State has an interest in ensuring a system of regulation that prohibits lawyers from attacking each other personally in the manner in which Respondent attacked Attorney Doe. Such conduct not only compromises the integrity of the judicial process, it also undermines a lawyer's ability to objectively represent his or her client. There is no substantial amount of protected free speech penalized by the civility oath in light of the oath's plainly legitimate sweep of supporting the administration of justice and the lawyer-client relationship. Thus, we find the civility oath is not unconstitutionally overbroad.

The Supreme Court therefore agreed with the Hearing Panel that discipline was warranted for the Respondent and found as follows as to the sanction to be imposed:

Because we find Respondent's acknowledgement of misconduct and remorse to be sincere, we issue a private Letter of Caution with a finding of minor misconduct to Respondent. We publish this Letter of Caution in the In re Anonymous format so as to provide guidance to the bar. We caution the bar that henceforth, this type of conduct could result in a public sanction.