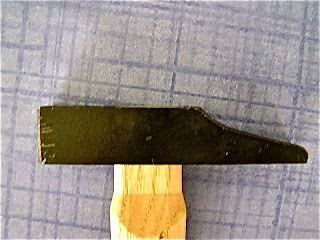 Debra Canady and Brent Starr were convicted of murder based on these facts:

On . . . June 26, 2008, at approximately 6:00 a.m., Debra Canady telephoned 911 and reported that, upon entering her home, she had found her ex-boyfriend, David Grim, unconscious. A police officer was dispatched. . . . Canady explained to the officer that she had spent the previous night at the home of her current boyfriend, Brent Starr. She told the officer she believed Grim [was] dead. Grim was, indeed, dead, having sustained repeated blows to the skull with . . . a drywall hammer.

Canady and Starr were questioned by police. During Starr's interview, he [said] Canady sent a text message to him on the morning of Grim's death, informing him Grim was dead. However, during her interview, Canady denied having communicated with Starr in any way about Grim's death.

Based on the discrepancy in Canady's and Starr's [statements], Detective VanderWeyst of the Snohomish County Sheriff's Department applied for a search warrant. [His] search warrant affidavit requested authorization to obtain from Verizon Wireless records of text messages sent from Canady's and Starr's cellular telephones between June 20 and June 29. VanderWeyst explained in the affidavit that the text message records would corroborate either Canady's or Starr's account of whether they had exchanged text messages regarding Grim's death.

Later that day, VanderWeyst got an email from Fields that contained the text message records:

Because VanderWeyst was away from his office when he received the e-mail, he accessed his email account from a nearby computer rather than first returning to his office. [He] was `anxious to find out what was said,’ so he immediately scrolled down to the content of the messages, rather than first reading the portions of the records indicating at what time, to whom, and by whom each of the messages had been sent. The records included text messages VanderWeyst immediately believed were incriminating, including the following exchange between Canady and Starr:

Starr: `nevermind, i have a pair. have a great day. is messy in yr room, sorry.’

Starr: `he thought i was kev’

Canady: `U may have to toss yr clothes if they come to question you’

Canady and Starr moved to suppress evidence of the text messages that were not “received on Canady’s or Starr’s cellular telephones between 6:00 a.m. and 12:00 p.m. on June 15 – in other words, "to suppress the . . . records the police were not authorized to obtain pursuant to the initial search warrant.” State v. Canady, supra. The trial court denied their motions, the two were tried together and both were convicted by the jury. State v. Canady, supra.

Canady appealed, arguing that the introduction of the records the “police were not authorized to obtain pursuant to the initial search warrant violated the Fourth Amendment.” State v. Canady, supra. Her problem was that, as I’ve noted before, the 4th Amendment only protects us from state action, i.e., from conduct carried out by or at the behest of law enforcement officers. As I’ve also noted, if a private person decides to collect evidence against you – including evidence police could not get without a warrant – and turn it over to law enforcement, you’re pretty much out of luck . . . unless you can show the private person was acting as a state agent, i.e., was acting on behalf of law enforcement.

The trial judge denied Canady’s and Start’s motions to suppress because he found that the exclusionary rule did not apply because there was no state action:

As I noted above, Canady raised her 4th Amendment argument again on appeal. In ruling on her argument, the Court of Appeals noted, first, that evidence cannot be suppressed under the 4th Amendment unless it was obtained as the result of state action (e.g., law enforcement conduct) that violated the 4th Amendment. State v. Canady, supra. Since it was clear that Fields worked for Verizon Wireless, not for the police, he was not, himself, a member of law enforcement, which meant his actions could not support the suppression of the evidence unless Canady could show that he was acting as an “agent” of law enforcement. State v. Canady, supra.

`[T]o prove a private individual was acting as a government agent, “[i]t must be shown that the State . . . instigated, encouraged, counseled, directed, or controlled the conduct of the private person.”’ . . . . `A private individual is a state actor, such that his search constitutes state action, where he “functions as an agent or instrumentality of the state.’ . . . `For agency to exist there must be a manifestation of consent by the principal (the police) that the agent (the informant) acts for the police and under their control and consent by the informant that he or she will conduct [himself or herself] subject to police control.’ . . .

The Court of Appeals explained that Canady bore the burden of proving that Fields was acting as an agent of the state. State v. Canady, supra. She argued that Fields

`plainly intended to assist law enforcement by complying with the warrant,’ thus implying he was functioning as an agent of the State. But given that Canady challenges only the admissibility of the text message evidence that the initial warrant did not authorize the police to obtain, the only relevant question is whether Fields was acting at the direction of the State when he provided to the police that specific evidence.

State v. Canady, supra. The court therefore held that because Fields was not

acting as an agent of the State when he provided the police with evidence the initial search warrant did not authorize them to seize, the exclusionary rule does not apply. Thus, the trial court did not err by denying Canady's and Starr's motion to suppress the text message evidence.

Canady’s fallback argument was that “The actual search occurred not when Fields provided” the text messages to the police “but, instead, when VanderWeyst – who clearly is a state actor – read those records.” State v. Canady, supra.

The Court of Appeals didn’t agree:

State v. Canady, supra. The court also noted that even if it found that a search occurred when VanderWeyst read the text messages, the plain view doctrine would authorize the search and allow the messages to be admitted into evidence without violating the 4th Amendment. State v. Canady, supra.

VanderWeyst was acting pursuant to a valid search warrant when he viewed the e-mail sent by Fields, which he could reasonably have believed would contain only those text message records that he was authorized by the warrant to obtain. Moreover, because VanderWeyst, naturally curious about the content of the messages, read the . . . messages prior to reading the times at which the suspects sent [them], he inadvertently discovered incriminating evidence.

He immediately recognized that the evidence was relevant to the crime that he was investigating. Thus, even had a government search occurred when VanderWeyst read the messages, a decision we do not make, the plain view doctrine would permit the admission of such evidence.

If you’re interested, this news story provides a little more information about the case.

If there was collusion between VanderWeyst and Fields to exceed the scope of the warrant, how could Canady be expected to prove it?

If collusion existed (which I don't think was true here), it would probably be difficult to prove. One possibility, I suppose, would be for Canady to try to find out if similar things had happened in the past, from which one could infer that a series of similar, repeated mistakes were more likely attributable to collusion than to simple error.

Aside from that, I haven't a clue.

To expand on what I think SeaDrive was getting at, the judge's opinion presents quite a quandary.

Essentially, it sounds like the judge ruled that a person who is otherwise a state actor stops being a state actor if they exceed the scope of the actions requested of them. This is problematic, because it seems to nullify the state actor definition in any case where it would matter.

As an example, an informant who entraps someone could arguable not be a state actor under this definition, unless he was told specifically to perform the entrapment by the police. As long as he did it without being expressly told to do so, it would be admissible even though the police obviously instigated his actions.

Bad precedent, and probably bad lawyering by the defense.

So I suppose the defendant could sue Verizon for violating her privacy?

Wonder also how those texts were authenticated.

The problem is that they were proven to be faulty. They could not be authenticated because verizon had already wiped them out off there system before the preservation letter was sent. Also Vanderweyse put together the text messages to read what he wanted them to read. This is his own admission.