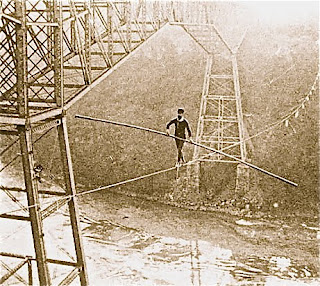 This post is essentially a follow-up to a post I did last year – “Authenticating a Pseudonymous MySpace Posting.”

As I explained in that post, Antoine Griffin was convicted of second-degree murder, first degree assault and use of a handgun in the commission of a felony/crime of violence and appealed, arguing that the trial court improperly admitted “five pages printed on December 5, 2006, from . . . a MySpace profile in the name of `SISTASOULJAH’”. Griffin v. State, 2010 WL 2105801 (Maryland Court of Special Appeals 2010) (Griffin No. 1).

The Maryland Court of Special Appeals found that the printout had been sufficiently authenticated to justify its admission into evidence, and therefore affirmed Griffin’s conviction. Griffin No. 1, supra. Griffin then appealed his conviction to the Maryland Court of Appeals which, as Wikipedia notes, “is the supreme court of the . . . state of Maryland.”

I’m not going to repeat the facts that led to Griffin’s being charged with the offenses noted above; you can find those in my prior post. Nor am I going to describe in detail what the pages from the MySpace profile said or how they were relevant to the issues in the case; basically, the prosecution used them to demonstrate that Griffin’s girlfriend, Jessica Barber, had “threatened another witness called by the State.” Griffin No. 1.

As the Court of Appeals notes, when Ms. Barber took the stand at trial (“after being called by the State”), she “was not questioned about the pages allegedly printed from her MySpace profile.” Griffin No. 2. Instead, the prosecution “attempted to authenticate the pages, as belonging to Ms. Barber, through the testimony of Sergeant John Cook, the lead investigator in the case.” Griffin No. 2. Griffin’s attorney objected, and was allowed to voir dire Sergeant Cook outside the presence of the jury; if you check my earlier post on this case, you can read the relevant exchange between the defense attorney and Cook.

The trial judge decided he would permit Cook “to testify in support of authentication of . . . the pages printed from MySpace, containing the photograph `of a person that looks like Jessica Barber’ and [Griffin], allegedly known as `Boozy,’ adjacent to a description of the woman as a 23 year-old from Port Deposit, and the blurb `FREE BOOZY!!!! JUST REMEMBER SNITCHES GET STITCHES!! U KNOW WHO YOU ARE!!’”. Griffin No. 2.

Rather than have Cook testify, Griffin’s attorney, “while maintaining his objection to the” admission of the MySpace pages, agreed to a stipulation that was read to the jurors. Griffin No. 2. The stipulation stated that if called, Cook would testify (i) that he went to MySpace, downloaded “information from a posting someone put there”, (ii) that parts of the content on the site had been redacted because it “might be inflammatory without proving anything”, (iii) that the unredacted portion of the content says “just remember snitches get stitches” and (iv) that whether the printout “represents that which it purports to be, not only a MySpace profile created by Ms. Barber, but also upon which she had posted, `FREE BOOZY!!!! JUST REMEMBER SNITCHES GET STITCHES!! U KNOW WHO YOU ARE!!,’ is the issue before us.” Griffin No. 2. Before the Court of Appeals, Griffin reiterated his claim that it was reversible error for the trial court to allow this evidence to go to the jury. Griffin No. 2.

The Court of Appeals began its consideration of Griffin’s argument (which you can read about in my prior post) by noting that “[a]nyone can create a MySpace profile” and that “anyone can create a fictitious account and masquerade under another person's name or gain access to another's account by obtaining the user's username and password”. Griffin No. 2. The court cited U.S. v. Drew, 259 F.R.D. 449 (U.S. District Court for the Central District of California 2009) as illustrating how the “possibility for use abuse exists on MySpace.” Griffin No. 2. It then noted that the potential for fabricating or tampering with electronically stored information on a social networking site, thus poses significant challenges from the standpoint of authentication of printouts of the site”. Griffin No. 2.

The Court of Appeals pointed out that under Maryland Rule 5-901(a), the requirement that evidence be authenticated as “a condition precedent to admissibility is satisfied by evidence sufficient to support a finding that the matter in question is what its proponent claims” it to be. Griffin No. 2. It also noted that Maryland Rule 5-901(b) cites examples of how evidence can be authenticated, one of the use of circumstantial evidence “such as appearance, contents, substance, internal patterns, location, or other distinctive characteristics” that the evidence is what it is claimed to be. Griffin No. 2.

The court noted that in this case, Griffin argued that the prosecution did not

[a]ppropriately . . . authenticate the pages allegedly printed from Jessica Barber's MySpace profile, because the State failed to offer any extrinsic evidence describing MySpace, as well as indicating how Sergeant Cook obtained the pages in question and adequately linking both the profile and the `snitches get stitches’ posting to Ms. Barber. The State counters that the photograph, personal information, and references to freeing `Boozy’ were sufficient to enable the finder of fact to believe that the pages printed from MySpace were indeed Ms. Barber's.

Griffin No. 2. The Court of Appeals then disagreed with the Special Court of Appeals – which “gave short shrift to the concern” that someone other than Barber accessed the account and posted the message – and sided with Griffin:

[T]he trial judge abused his discretion in admitting the MySpace evidence pursuant to Rule 5-901(b) because the picture of Barber, coupled with her birth date and location, were not sufficient `distinctive characteristics’ on a MySpace profile to authenticate its printout, given the prospect that someone other than Barber could have not only created the site, but also posted the `snitches get stitches’ comment. The potential for abuse and manipulation of a social networking site by someone other than its purported creator and/or user leads to our conclusion that a printout of an image from such a site requires a greater degree of authentication than merely identifying the date of birth of the creator and her visage in a photograph on the site in order to reflect that Barber was its creator and the author of the `snitches get stitches’ language.

The court explained that its ruling was prompted in part by the fact that the MySpace printout “was a key component of the” prosecution’s case, but noted it was not suggesting “that printouts from social networking sites should never be admitted.” Griffin No. 2. It suggested that “avenues . . . to properly authenticate a posting or a profile printed from a social networking site will continue to develop as” efforts to use data from such sites increases. Griffin No. 2.

Judge Harrell dissented, because he believed that “the technological heebie-jeebies discussed in the Majority Opinion go . . . not to the admissibility of the print-outs . . . but rather to the weight to be given the evidence by” the jury. Griffin No. 2. He noted that the “`purpose of authentication is to . . . filter untrustworthy evidence.’” Griffin No. 2 (quoting Philip M. Adams & Assocs. V. Dell, Inc., 621 F.Supp.2d 1173 (D. Utah 2009)). He therefore concluded that “[l]ike many filters that are unable to remove completely all impurities, Rule 5-901 does not act to disallow any and all evidence that may have `impurities’ (i.e., in this case, evidence that could have come, conceivably, from a source other than the purported source).” Griffin No. 2.

Judge Harrell therefore argued in his dissent that as “long as a reasonable juror could conclude that the proffered evidence is what its proponent purports it to be, the evidence should be admitted.” Griffin No. 2. He believed that the “potentialities that are of concern to the Majority Opinion are fit subjects for cross-examination or rebuttal testimony and go properly to the weight” the jury can give to the print-outs. Griffin No. 2.

The majority, not surprisingly, disagreed with Judge Harrell. It point that that while he minimized as “`technological heebie jeebies’” the challenges inherent in authenticating . . . social networking websites”, “[n]one of the authorities” he cited “even addresses the authentication of social networking sites.” Griffin No. 2 (emphasis in the original). The majority explained that authentication concerns involving “e-mails, instant messaging correspondence, and text messages differ significantly from those involving a MySpace profile and posting printout, because such correspondences is sent directly from one party to an intended recipient or recipients, rather than published for all to see.” Griffin No. 2.

Finally, the majority pointed out that “the `reasonable juror’ standard to which the dissent refers is apparently derived from the federal analogue to Rule 5-104(b), concerning `relevance conditioned on fact,’ a protocol not addressed in this case.” Griffin No. 2 (citing U.S. v. Logan, 949 F.2d 1370 (U.S. Court of Appeals for the 5th Circuit 1991). The majority then explained why the protocol was not at issue in this case:

Federally, some of the uncertainty involving evidence printed from social networking sites has been addressed by embracing the notion of `conditional relevancy,’ pursuant to Federal Rule 104(b), which provides `[w]hen the relevancy of evidence depends upon the fulfillment of a condition of fact, the court shall admit it upon, or subject to, the introduction of evidence sufficient to support a finding of the fulfillment of the condition.’ In this way, the [jury] could weigh the reliability of the MySpace evidence against the possibility that an imposter generated the material in question. . . . Maryland Rule 5-104(b) establishes a nearly identical protocol; we, however, have not been asked in this case to address the efficacy of the Rule 5-104(b) protocol [in this case].

Griffin No. 2. (If you’d like to read more about conditional relevancy, read the comments to subdivision (b) of Federal Rules of Evidence 104, which you can find here.)

The Court of Appeals therefore reversed Griffin’s conviction and remanded the matter for a new trial in the Circuit Court of Cecil County. Griffin No. 2.

Great Blog. We got so much information from this article. All your posts are very informative. The standard to be used is whether a reasonable jury could find the evidence to be what it is claimed to be. In essence, Judge Harrell believes that social networking gives the majority the “heebie-jeebies,” which is why they were being overly cautious. He even goes so far as to define heebie-jeebies, which makes the term a little more academic. Thanks for sharing.
Florida Lemon Law