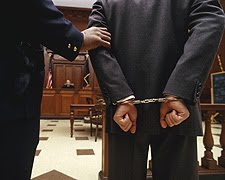 This post examines a rather unusual request submitted by a defendant in a pending federal prosecution.

The request was filed in U.S. v. Jeffries, 2011 WL 182867 (U.S. District Court for the Eastern District of Tennessee 2011), and goes to an issue concerning the defense’s ability to prepare for trial, rather than a substantive (e.g., viability of the charges) issues. To understand the context of the request and the context in which this court rules on the request, you need to know a bit about the crime with which Franklin Delano Jeffries is charged and the facts on which the charges are based.

Jeffries was charged with one count of violating 18 U.S. Code § 875(c), which makes it a crime to transmit “in interstate or foreign commerce any communication containing any threat to kidnap any person or any threat to injure the person of another”. If you’d like to know a little more about the § 875(c) offense, check out the blog post you can find here.

Now, for the facts on which the charges are based:

On or before July 9, 2010, [Jeffries] recorded a video . . . and posted it on YouTube. . . . In the video, . . . [he] addresses the upcoming hearing through a mixture of singing, while playing the guitar, and the spoken word. The tone of the entire video . . . is extremely serious and threatening. For most of his message, [Jeffries] stares into the nearby camera. The complete transcript of the video is as follows:

[[Jeffries] is staring and pointing directly into the camera.]

This song's for you, judge. [Pointing stops.]

I had enough of this abuse from you./

I have been to war and killed a man./

‘Cause this is my daughter we're talkin’ about,/

And when I come to court this better be the last time./

I'm not kidding at all, I'm making this video public./

‘Cause if I have to kill a judge or a lawyer or a woman I don't care./

Take my child and I'll take your life./

I'm not kidding, judge, you better listen to me./

I killed a man downrange in war./

I have nothing against you, but I'm tellin' you this better be the last court date./

From her mother's abuse she's mentally and physically abused her,/

And I'm getting tired of this bull-.

So I promise you, judge, I will kill a man./

‘Cause this shit's been going on for 13 years and now my daughter's screwed up.

‘Cause the judge and the lawyers need money./

They don't really care about the best interest of the child./

So I'm gonna fuck somebody up, and I'm going back to war in my head,/

[Pointing at the camera.]

‘Cause I love you, Allison.

I really do love you. . . .That's why I started traumatized foundation.org. . . Because of children being left behind, being abused by judges, the courts. They're being abused by lawyers. The best interest ain't of the child anymore. The judges and the lawyers are abusing ‘em. [Pointing at camera]. Let's get them out of office. Vote ‘em out of office. . . . ‘Cause you don't deserve to be a judge and you don't deserve to live. You don't deserve to live in my book. And you're gonna get some crazy guy like me after your ass. And I hope I encourage other dads to go out there and put bombs in their goddamn cars. [Pointing stops.] Blow ‘em up. Because it's chil-, children were talkin’ about.

I care about her,/

And I'm willing to go to prison,/

But somebody's gonna listen to me,/

Because this is a new war.

The Grand Jury charges that, on or before July 9, 2010, in the Eastern District of Tennessee, the defendant, FRANKLIN DELANO JEFFRIES II, knowingly did transmit in interstate commerce a communication, namely a video . . . posted on the internet website `YouTube,’ to Knox County Chancellor Michael W. Moyers, and the communication specifically contained a threat to injure and kill Knox County Chancellor Michael W. Moyers, in violation of Title 18 United States Code, Section 875(c).

And that lengthy preface brings us to the issue, and the opinion, this post is concerned with. After being indicted, Jeffries filed various pre-trial motions, which were referred to a United States Magistrate Judge for resolution. U.S. v. Jeffries, supra.

One of the motions sought temporary release under 18 U.S. Code § 3142(i). U.S. v. Jeffries, supra. Section 3241(i) states that a federal “judicial officer” may “permit the temporary release of the person, in the custody of a United States marshal or another appropriate person, to the extent that the judicial officer determines such release to be necessary for preparation of the person's defense or for another compelling reason.”

permit his temporary release to his attorneys' custody . . . so that he might prepare his defense. He states that on January 6, 2011, the Government provided previously undisclosed electronic data, purportedly relating to his Facebook account. Defense counsel maintain that they are not able to access the Defendant's Facebook account from their office computers, despite having his password, because of a security feature that requires the identification of photographs.

failed to show that his release is necessary for his defense. It contends that [Jeffries] may review the printed copy of his account, which was provided in discovery, and that defense counsel can access [his] account without him, as apparently some third party -- presumably [Jeffries’] wife -- has been able to do after he was detained in this case. Finally, it contends that [Jeffries] continues to present a danger to the community and should not be released.

U.S. v. Jeffries, supra. The U.S. Magistrate Judge held a hearing on Jeffries’ motion, at which his

Nevertheless, Mr. Harwell argued that he needed [Jeffries] to be on the account with him so that [he]Defendant could demonstrate what his actions on his Facebook account on July 9, 2010. Defense counsel agreed that other investigative avenues might be available now that the time in which he had to prepare for trial was not so compressed.

Time was “not so compressed” because the U.S. Magistrate Judge granted Jeffries’ motion for a continuance of his trial: The trial had been set for January 19, 2011, but he asked that it be continued because of the “recent intense publicity and public scrutiny of issues relating to the Arizona shooting” of Representative Gifford and other victims. U.S. v. Jeffries, supra. The U.S. Magistrate Judge set a new trial date of March 29, 2011, which gave the defense more time to prepare. U.S. v. Jeffries, supra.

Jeffries won on his motion for a continuance of the trial date, but lost on his request for temporary release:

[T]he Court finds that [Jeffries] has failed to show his release is necessary for the preparation of his defense. . . . [T]here appear to be means short of release that would permit defense counsel to access and review [his] Facebook account, such as traveling to Clarksville to use [Jeffries’] password on his home computer or, potentially, bringing a laptop computer to the facility where [he] is detained. The Court has found that [Jeffries] must be detained because he is a danger to the community.

(If you’d like to see photos of Jeffries and Chancellor Moyers, and read a bit more about the facts, check out the news story you can find here.)

Why not just bring a laptop to the jail and access it that way?

Also, it seems that the wife has admitted to hacking this guy's Facebook account. Why isn't she being charged with something, and why does the State get to use evidence that was obtained as the result of computer hacking?