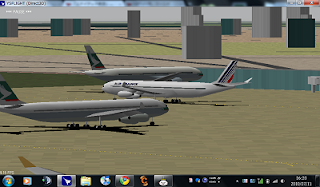 As I’ve noted in earlier posts, consent is an exception to the 4th Amendment’s default requirement that law enforcement officers obtain a valid search warrant (actually, a search and seizure warrant) before they search someone’s property and seize any evidence found on or in it.

A little more about the consent exception, and we’ll get to the case this post is concerned with. As I’ve noted in earlier posts, since consent is a waiver of your rights, it essentially acts like a contract: My consent to a search of my property substitutes for a search warrant (i) as long as the search the officer(s) conduct stays within the scope of my consent and (ii) as long as I don’t revoke my consent.

On June 26, 2008, Sergeant Schoenfeld and Detective Dominguez of the Miami Beach Police Department were conducting an address check of registered sex offenders. . . . When [they] arrived at the apartment [Barry] Whaley had listed as his address, they discovered it had been destroyed in a fire over a week before their visit. Whaley had failed to register a new address within 48 hours of the fire.

When Dominguez returned to the police station, she spoke with Sergeant Bennett, the detective who had investigated the apartment fire. Bennett recalled speaking to Whaley at the scene of the fire, but [said] Whaley identified himself as `Barry Wilson.’ Bennett contacted Whaley, and [he] agreed to come to the station for an interview.

Whaley arrived at the station later that day. . . . [He eventually] admitted he had provided a false name. . . . [and was arrested] for giving a false name in connection with a law enforcement investigation and for failing to comply with Florida's sex offender notification law. While the arrest report was being written, [he] expressed concern about a laptop computer he left in his vehicle, which was parked outside the station.

He [said it] was particularly valuable because it had a flight simulator program that was used to train airplane pilots. Schoenfeld expressed interest in the program because he had piloting experience. Whaley offered to show the flight simulator to Schoenfeld if [he] would bring the computer into the station. . . . Schoenfeld, Sergeant Alessandri, and Special Agent Devine retrieved the computer from Whaley's vehicle.

Because the mouse pad on the laptop was not working. Schoenfeld had to scroll through each icon individually. He used the `Tab’ key to move from icon to icon until he reached an icon entitled, `auto racing 13.’ He saw the word `racing’ and believed the icon would be the flight simulator program, so he hit the `Enter’ key to open it. There was another icon on the desktop entitled, `Microsoft Flight Si,’ but Schoenfeld explained that he did not notice it at the time.

After Schoenfeld opened the `auto racing 13’ icon, a video began to play. It immediately was apparent that [it] depicted child pornography. After the video had been running for 20 or 25 seconds, Whaley reached over and pressed the power button, sending [the computer] into hibernation mode. Whaley stated, `that's nothing, that's nothing.’ Schoenfeld replied, `come on, Barry, I already saw it. Put the code back in.’ Whaley re-entered his password, and the video resumed playing. Schoenfeld showed the video to Alessandri and Devine, who confirmed that it was child pornography.

The U.S. Secret Service conducted a forensic search of Whaley’s computer. U.S. v. Whaley, supra. I don’t know if they found more child pornography or not. All I know is that Whaley was, at some point, charged with and convicted of possessing child pornography in violation of 18 U.S. Code § 2252(a)(4)(B). More precisely, he pled guilty after the trial judge denied his motion to suppress evidence, reserving his right to appeal the denial of his motion to suppress. U.S. v. Whaley, supra.

On appeal, Whaley argued “that the initial search of his computer exceeded the scope of his consent to the search.” U.S. v. Whaley, supra. In ruling on his argument, the 11th Circuit Court of Appeals noted (i) that consent is a valid exception to the requirement that officers obtain a warrant to search property, such as a laptop; (ii) that to be valid, consent must be given voluntarily; and (iii) that an individual “may place limits on the scope of his consent to search.” U.S. v. Whaley, supra.

The scope of a defendant's consent is judged according to a standard of objective reasonableness. The question is `what a police officer could reasonably interpret the consent to encompass.’ The scope of the actual consent restricts the permissible boundaries of a search in the same manner as the specifications in a warrant.

The 11th Circuit also noted the requirements for the application of the plain view doctrine:

`The “plain view” doctrine permits a warrantless seizure where (1) an officer is lawfully located in the place from which the seized object could be plainly viewed and must have a lawful right of access to the object itself; and (2) the incriminating character of the item is immediately apparent.’ U.S. v. Smith, 459 F.3d 1276 (11th Cir. 2006).

The Court of Appeals then considered whether Officer Schoenfeld used a pretext to search Whaley’s laptop:

Whaley permitted [him] to use his computer, but only for the limited purpose of viewing the flight simulator program. We discern no clear error in the [lower court’s] finding that Schoenfeld was searching for the flight simulator when he opened the `auto racing 13’ icon. Because the laptop's mouse pad was not working, Schoenfeld had to scroll through the icons one by one.

Therefore, it is plausible that he did not notice the `Microsoft Flight Si’ icon at the time. If Schoenfeld's interest in the flight simulator was actually a pretext for conducting a search for contraband, he likely would not have clicked on the `auto racing 13’ icon because the file name was not suggestive of child . . . [I]n fact, there were other icons on the computer with more suggestive titles that Sgt. Schoenfeld did not click on. These included `beautiful kiss,’ `girls gone wild9best o ...,’ etc.

The 11th Circuit then explained that the “key question in this case is whether an officer exceeds the scope of an individual’s consent to search for a particular computer file when the officer opens another file in the reasonable, though mistaken, belief that it is the file that was the subject of the individual’s consent.” U.S. v. Whaley, supra. The court noted that “[a]lthough we do not have any published opinions directly on point, other [U.S. Circuit Courts of Appeal] have decided cases involving similar facts.” U.S. v. Whaley, supra.

The court cited three cases (two from the 10th Circuit, one from the 7th Circuit) in which officers inadvertently discovered child pornography while searching for other evidence, e.g., evidence of drug crimes, pursuant to a search warrant. U.S. v. Whaley, supra. The 11th Circuit noted that in each of these cases, the relevant U.S. Court of Appeals held that the search did not exceed the scope of the search warrant. U.S. v. Whaley, supra.

The Court of Appeals found that while these cases analyzed the scope of a search conducted pursuant to a warrant, rather than to consent, “we have explained that a defendant’s consent functions in the same manner to the specifications in a [search] warrant.” U.S. v. Whaley, supra.

According to the 11th Circuit, “[o]nce Schoenfeld clicked on the `auto racing 13’ icon, the child pornography was in plain view”, which meant that “[a]t that point, the officers had probable cause to seize the computer for further investigation.” U.S. v. Whaley, supra.

Finally, the Court of Appeals rejected Whaley’s argument that “his capacity to consent was impaired because he had taken Xanax and Lithium that morning.” U.S. v. Whaley, supra. It noted that

Dominguez, Bennet, Schoenfeld, and Alessandri all testified that Whaley was coherent, was able to understand what was happening, and did not appear to be intoxicated. Therefore, the district court did not clearly err in finding that Whaley's consent was knowing and voluntary. Accordingly, the district court properly concluded that the initial search and seizure of Whaley's computer did not violate the Fourth Amendment.

If you’d like to read a little more about what happened at the police station, check out the news story you can find here.