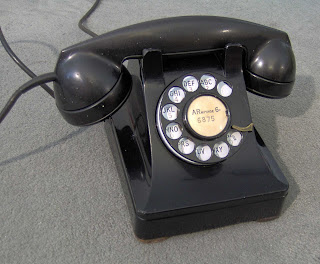 We, though, are only going to focus on the conviction for making annoying phone calls, because it’s the one that raised an interesting legal issue.

The conviction was based on “text messages sent to the [Lane]'s ex-girlfriend from two separate cellular telephone numbers linked to the [Lane].” Commonwealth v. Lane, supra. This, according to Lane’s brief on appeal, is how the charges, and the conviction, arose:

On August 19, 2008, Angela Errico went to the Dorchester District Court and obtained an ex parte temporary restraining order against the [Lane] and her ex-boyfriend, Sean Lane, and which was in effect until September 2, 2008. The order prohibited the [Lane] from abusing Ms. Errico, from contacting her or Tyler, her son, and ordered him to stay away from Ms. Errico, her residence and her workplace.

The order was not served on the [Lane]. . . . [but] Ms. Errico told [Lane] there was a restraining order against him shortly after obtaining it in August, when she saw [him] outside her goddaughter's house in the Old Colony projects.

On September 2, 2008, Ms. Errico went back to the court, where she was able to renew the restraining order and extend it for one year. At that time, the order was also modified to order [Lane] to stay away from Ms. Errico's son. [He] did not appear in court on September 2, 2008.

On December 1, 2008, Ms. Errico received four text messages on her cell phone, from 7:54 p.m. until 8:21 p.m. The messages read, in order: `Hey Steve,’ `Hey,’ `Is Steve there,’ and `Sorry.’ The number (area code 857) from which the text messages originated was unfamiliar to Ms. Errico. [She] testified that she called the number and got a voicemail message, `Hi, you've reached Sean. I can't get to my phone.’

Ms. Errico telephoned that 617 number and spoke to [Lane] around in the evening after work, at which time she informed him there was a restraining order in place, and that she would call the police. [Lane] replied, `I don't care.’ After the telephone call, at 8:09 p.m., Ms. Errico received a text message from that 617 number, `Can we b[e] f[riends].’

These thirty text messages are the subject of the criminal complaint which issued against [Lane] on January 5, 2009.

As I noted earlier, Lane appealed. Commonwealth v. Lane, supra. His conviction for making annoying telephone calls came under the version of Massachusetts General Laws chapter 269 § 14A that was in effect in 2008 and that provided as follows:

Whoever telephones another person . . . repeatedly, for the sole purpose of harassing, annoying or molesting such person or his family, whether or not conversation ensues . . . shall be punished by a fine of not more than five hundred dollars or by imprisonment for not more than three months, or both.

The revised version of the statute defines “electronic communication” as including but not limited to “any transfer of signs, signals, writing, images, sounds, data or intelligence of any nature transmitted in whole or in part by a wire, radio, electromagnetic, photo-electronic or photo-optical system.” Massachusetts General Laws chapter 269 § 14A (as revised).)

On appeal, Lane argued that he could not be convicted of violating the pre-2010 version of Massachusetts General Laws chapter 269 § 14A “for sending text messages.” Commonwealth v. Lane, supra. In addressing his argument, the Massachusetts Court of Appeals noted that the “question presented here is whether the statute criminalizes the sending of text messages through the use of a cellular telephone.” Commonwealth v. Lane, supra.

The court then explained that a criminal statute must

Applying these principles, the Supreme Judicial Court has held that to `”telephone” is to place a telephone call that might result in an oral communication,’ and that, therefore, [Massachusetts General Laws] c. 267, § 14A, does not apply to facsimile transmissions, even though sent over telephone lines. Ibid.

The Court of Appeals then found that, after “[e]xtrapolating from the reasoning of" Commonwealth v. Richards,

we conclude that the statute does not apply to the sending of text messages, even though transmitted through a cellular telephone. Just as the method of transmission (over telephone lines) is not the determinative factor, likewise, it is not the device that is used. Rather, the determinative factor for the application of the statute is the nature of the communication, which is voice, as compared to text.

The Court of Appeals explained that as the state legislature

no doubt recognized when it recently amended the statute, methods and means of communication have changed significantly in recent years. Remote voice communications that we commonly understand to be telephone calls are transmitted not only by telephone lines, but also by cable, wireless, and voice over Internet.

Furthermore, text communications are generated and received through a variety of means, including modern `smart phones’ that have communication capabilities beyond voice. The fact that a device that we continue to call a `telephone’ has these additional capabilities does not change the intent and scope of the statute as it then existed. As stated in Commonwealth v. Richards,`[w]e cannot infer that the Legislature intended § 14A to apply to communications technologies to be developed after the time of enactment or amendment.’

The court therefore reversed Lane’s conviction on Count 2, for making annoying telephone calls, and ordered “that verdict . . . set aside, and judgment” entered “for the defendant on Count 2.” Commonwealth v. Lane, supra. (It also, for quite different reasons, affirmed his conviction on Count 1, for violating an abuse prevention order. Commonwealth v. Lane, supra.)