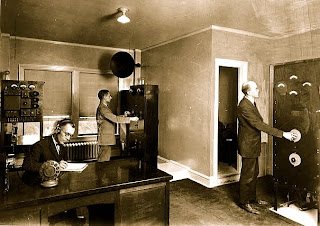 Almost a year and a half ago, I did a post on a federal decision that considered whether a reporter should be allowed to use Twitter to post periodic updates on the proceedings in a criminal trial. That case, of course, involved the application of federal law.

This post is about a recent decision from the Superior Court of Connecticut that addressed essentially the same issue, though from a slightly different legal perspective.

You may be familiar with the horrible sequence of events that led to these, and other charges, but if you’re not, check out this story.

In the motion he filed on February 4, 20110, Komisarjevsky sought to prohibit the use of

`electronic devices by spectators . . . during the course of all court proceedings.’ Although the motion addresses electronic devices generally, the bulk of it is aimed specifically at Twitter. The motion specifically claims that Twitter is a form of `broadcasting’ and is thus categorically prohibited by [Rule 1-11(b)]. The motion alternatively claims that, even if Twitter is not categorically prohibited by [Rule 1-11(b)], it and other electronic technology should be prohibited in this case as a matter of judicial discretion under [Rule 1-10(a)].

provides a useful description of the service. [It] explains that, `At the heart of Twitter are small bursts of information called Tweets. Each Tweet is 140 characters in length.’ The service allows users either to Direct Message (DM) specific individuals or to use `twitter posts’ accessible to the public. The website claims 175 million registered users and the writing of 95 million tweets per day. While the service was initially used to communicate the trivia of everyday life, it has recently become a powerful tool of political information. Earlier this year, Twitter was used by antigovernment groups to publicize protests that brought down the government of Egypt.

The judge did not, though, find this useful because Webster’s was published decades “prior to the invention of . . . recent electronic media.” State v. Komisarjevsky, supra. He also considered definitions of “broadcast” contained in various federal statutes, but found them equally unhelpful in determining whether tweets constitute “broadcasting”. State v. Komisarjevsky, supra.

The judge decided, then, that under these circumstances, “the appropriate judicial approach is to construct an interpretation that comports with the primary purpose of the rule in question and does not lead to anomalous or unreasonable results.” State v. Komisarjevsky, supra.

The primary purpose of [Rule 1-11(b)] is plainly to spare a sexual assault victim from the indignity of having his or her ordeal vividly conveyed to the world by the use of actual voices and photographic or televised images projected from the courtroom. This interest is a powerful one, but -- absent the unusual case of a closed courtroom and sealed transcript -- it cannot sensibly extend beyond voices and photographic or televised images to the actual words spoken in court or descriptions of courtroom events. Although [Rule 1-11(b)] plainly bars the use of television cameras and radio transmitters in court, it does not bar the press and public from access either to the courtroom itself or to transcripts and other sources of courtroom words and events.

The judge noted that this “consideration is particularly important because the right of access to criminal trials is afforded protection by the First and Sixth Amendments.” State v. Komisarjevsky, supra. He explained that public access to criminal trials “safeguards the integrity of the fact finding process” and “fosters an appearance of fairness, thereby heightening public respect for the judicial process.” State v. Komisarjevsky, supra.

then considered Komisarjevsky’s alternate argument that “if Twitter is not categorically prohibited by [Rule 1-11(b)], it and other electronic technology should be prohibited in this case as a matter of judicial discretion under [Rule 1-10(a)].” State v. Komisarjevsky, supra. Rule 1-10-(a) of the Connecticut Rules for the Superior Court allows personal computers to be “used for note-taking in a courtroom” unless the judge finds that such use is “disruptive of the court proceeding,” in which case he/she “may limit such use.” Rule 1-10(a) also states that “[n]o other electronic devices shall be used in a courtroom” unless authorized by a judge or “permitted by these rules.” State v. Komisarjevsky, supra.

This Komisarjevsky judge noted that judges must exercise their discretion to enforce the rule on a “case-by-case basis”, and can take “appropriate action” if the use of electronic devices becomes disruptive. State v. Komisarjevsky, supra. He also noted that the

appropriate action is determined by the type of disruption involved. Most disruptive activity can be addressed by a simple request to the person involved to adjust the behavior in question. If, for example, a journalist uses an electronic device with a noisy keyboard, he or she can be instructed to obtain a silent keyboard or moved to a more distant location in the courtroom.

Komisarjevsky argued, at the hearing on his motion, that

what is, in his view, the lack of social utility in electronic communications made from the courtroom should influence the exercise of judicial discretion. His specific argument is that these communications tend to be either trivial or inaccurate and thus play no useful role in educating the public about the judicial process. The short answer to this contention is that control of the substance of courtroom reporting is not an appropriate exercise of the judicial function in a free society. Jurors are routinely instructed to avoid media reports concerning the case. The court should ignore such reports as well.

As support for that conclusion, the judge noted that “[t]his limited judicial role is recognized throughout the English-speaking world,” citing a Supreme Court of Ireland case and a decision by a “distinguished United Kingdom judge” as examples of this recognition. State v. Komisarjevsky, supra. He also noted that newspapers are

sometimes irresponsible and their motives in a market economy cannot be expected to be unalloyed by considerations of commercial advantage. Publication may cause needless pain, distress and damage to individuals or harm other aspects of the public interest. But a freedom which is restricted to what judges think to be responsible or in the public interest is no freedom. Freedom means the right to publish things which government and judges, however well motivated, think should not be published. . . .

The Superior Court judge held that while he retained the ability to restrict disruptive activity, “the content of electronic or other reporting cannot be considered in making this determination.” State v. Komisarjevsky, supra. He then denied Komisarjevsky’s motion to prohibit the use of electronic devices (and Twitter) in court but noted that he retained the “discretionary ability to address particular behavior found to be disruptive, under the standards” addressed above. State v. Komisarjevsky, supra.

According to this story, Komisarjevsky’s trial is set to start on September 19.