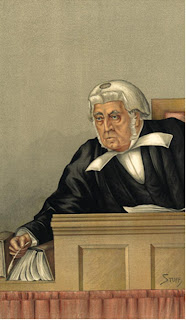 As Wikipedia explains, the U.S. Federal Sentencing Guidelines “are rules that set out a uniform sentencing policy for individuals and organizations convicted of felonies and serious . . . misdemeanors”. One of the Guidelines -- § 2G2.2 – applies to offenses involving the sexual exploitation of minors and obscenity. The applicability of that, and of another, Guideline was at issue in U.S. v. Durham, 618 F.3d 921 (U.S. Court of Appeals for the 8th Circuit 2010).

Michael Durham was charged “in an eight-count indictment with, among other counts, knowingly receiving child pornography transported through interstate commerce by a computer in violation of 18 U.S. Code § 2252(a)(2).” U.S. v. Durham, supra. He pled guilty to one count of knowingly receiving child pornography in violation of § 2252(a)(2), which triggered the sentencing process.

Part of that process involved the preparation of a Presentence Investigation Report, which recommended “several enhancements, including a two-level enhancement for distributing child pornography pursuant to [U.S. Sentencing Guidelines] § 2G2(b)(3)(F)”, to which Durham objected. U.S. v. Durham, supra. The effect of the enhancement was to increase the base offense level for Durham’s crime from 22 to a total offense level of 34. U.S. v. Durham, supra.

The next step in the process was the sentencing hearing, at which the government

called Detective Barrios, a forensic examiner with the Springdale Police Department. . . . Barrios described how Detective Parks with the Fayetteville Police Department found Durham's IP address offering to participate in the distribution of child pornography files on Limewire, a peer-to-peer file-sharing program. . . . Parks did not actually download any of the files associated with Durham's IP address, but he believed the file names were consistent with child pornography.

The officers determined the computer associated with the IP address in Parks's investigation was located at Durham's residence in Springdale, and . . . obtained a warrant to search the computer. After the officers executed the warrant at Durham's residence, he admitted to using Limewire to download music and child pornography files. Barrios testified Durham's default Limewire settings had been changed to save and share files from different folders than would have automatically been set by the program. Barrios believed this indicated an action by Durham to change these settings, despite the multiple users on Durham's family computer.

Barrios also testified that files downloaded by Durham were available for others to download through Limewire, as demonstrated by logs showing the available files obtained by Parks in his investigation. However, . . . officers discovered no child pornography files in Durham's shared folder. Barrios indicated the files would have been in the shared folder at the time Parks conducted his investigation because Parks was able to view the file names available for download before they were removed. On cross-examination, Barrios conceded the only proof . . . demonstrated child pornography files were made available for upload, but there was no evidence of any files actually being uploaded from Durham's computer. . . .

U.S. v. Durham, supra. Durham also presented testimony, which is described below. After hearing the evidence, the district court judge found there was no evidence of

possession with intent to distribute, but held the distribution enhancement nonetheless applied due to Durham's use of Limewire. Based on the testimony, the court determined Durham was `very knowledgeable’ about Limewire's downloading capabilities, which, in turn, lead the court to conclude he was also knowledgeable about Limewire's uploading capabilities.

In addressing the first issue, the 8th Circuit explained that Application note 1 to Sentencing Guideline § 2G2.2 defines “distribution” as

U.S. v. Durham, supra (quoting Application note 1). The court noted that the prosecution could establish the applicability of the enhancement through “`indirect evidence, such as the defendant's technical sophistication in computers, inferring he knew that by using a file-sharing network, he could download files from others who could also access his files.’” U.S. v. Durham, supra (quoting U.S. v. Bastien, 603 F.3d 460 (U.S. Court of Appeals for the 8th Circuit 2010)). Durham claimed no such evidence existed here:

[T]he government concedes it has no direct evidence of Durham's knowledge of distribution by way of any admission on Durham's part. Durham maintains he had no knowledge that other Limewire users could possibly obtain files from his computer. . . .

shows Durham was not responsible for the installation of Limewire. . . . Barrios . . . conceded he did not know who installed [it], and the defense presented testimony from . . . Casey. . . . [who said] he installed Limewire with Durham's daughter for her to download music. According to Casey, he configured Limewire according to the default settings, which automatically enabled file-sharing. . .

Second, . . . there is little evidence to show Durham knew how to operate the program. Casey testified he was `absolutely’ more knowledgeable than Durham about general computer knowledge, and even Casey [said] he `[knew] a little bit, but . . . not everything, for sure.’ Casey further testified he told Durham he installed Limewire on the family computer, but Durham `wasn't real sure how to use it.’ Casey speculated Durham's daughter might have showed him how to use the program, but `[p]robably not in detail like I showed [his daughter].’

[T]he district court's analysis evoked the sophistication basis for its application of the distribution enhancement, as it concluded Durham was `very knowledgeable’ about Limewire's capabilities. We are troubled by this conclusion, because it appears to be contradictory to the evidence in the record. The only testimony directed at Durham's knowledge of file-sharing programs was provided by his brother Casey, who stated Durham `wasn't real sure how to use [the file-sharing program].’ While there is direct evidence of Durham's knowledge of downloading files via Limewire, there is no such evidence of his knowledge of uploading, i.e. distributing files, over the program, which is a critical distinction in this case.

U.S. v. Durham, supra (emphasis in the original). The 8th Circuit noted that the district court judge seemed to justify his conclusion on the basis of two premises, one of which was that a shortcut to Durham’s shared folder on his Windows desktop demonstrated

his knowledge of file-sharing programs. . . . Barrios . . . stated a shortcut on Durham's desktop was created after the installation of Limewire to allow Durham to directly access his shared folder containing files downloaded from Limewire.

Barrios's testimony was, at best, equivocal as to whether he examined the settings for the other users on the computer, and thus he did not know if the settings on their profiles matched the settings on Durham's profile. More importantly, this argument . . . is largely a red herring. Rather than being indicia of distribution, . . . the fact Durham . . . created a shortcut to his shared folder more plausibly demonstrates indicia of his receipt of child pornography -- a fact not in dispute. . . .

The fact Durham may have desired quicker access to his downloaded materials via a shortcut does not establish his knowledge that those materials were simultaneously capable of being uploaded to other users on a software program, as the shortcut maintains no functionality related to uploading files on a file-sharing program. Perhaps such a shortcut may indicate evidence of distribution if the defendant directly loaded child pornography into the shared folder on his computer, and then proceeded to upload those files over a file-sharing network; but there is no suggestion Durham engaged in any such activity because his alleged distribution was limited to files he downloaded through Limewire. As a result, we reject the government's argument that a shortcut provides evidence of distribution.

U.S. v. Durham, supra. The other premise was Durham’s use of Limewire; the district court stated that the “[single], and perhaps only purpose’” of using Limewire was to post material “`to be shared by any and all who might choose to access’” a computer. U.S. v. Durham, supra. The 8th Circuit explained that while it had “agreed the purpose of these programs is to share files, . . .we have consistently prohibited the automatic application of distribution enhancements based solely on a defendant's use of a file-sharing program.” U.S. v. Durham, supra.

After noting that “[r]ather than deciding the merits of the enhancement on an individualized basis under the facts, the court automatically imposed the enhancement because Durham used a file-sharing program, contrary to our precedent”, the 8th Circuit reversed the application of the enhancement and remanded “for resentencing, at which time the district court may consider whether Durham is entitled to a further two-level reduction under [U.S. Sentencing Guidelines] § 2G2(b)(1).” U.S. v. Durham, supra.

IANAL. It boggles the mind the government can give a sentence for a crime (distribution) for which it hasn't obtained a conviction.

Just because one uses a file sharing program does not mean that they are uploading files. You can just download if you want to and you don't have to share or upload anything if you do not want to.