“No Record” and the Best Evidence Rule 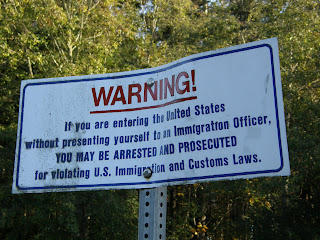 at least as far as the 18th century. In Omychund v Barker (1745) 1 Atk, 21, 49; 26 ER 15, 33, Lord Harwicke stated that no evidence was admissible unless it was `the best that the nature of the case will allow’. The general rule is that secondary evidence, such as a copy . . . , will be not admissible if an original document exists, and is not unavailable due to destruction or other circumstances indicating unavailability.

The rationale for the . . . rule can be understood from the context in which it arose: in the eighteenth century a copy was usually made by hand by a clerk (or even a litigant). The best evidence rule was predicated on the assumption that, if the original was not produced, there was a significant chance of error or fraud in relying on such a copy.

This post is about a recent decision from the U.S. Court of Appeals for the 9th Circuit that analyzed the best evidence rule’s application to the results of a database search.

The case is U.S. v. Diaz-Lopez, __ F.3d __, 2010 WL 4455880 (9th Cir. 2010), and it involves Luis Diaz-Lopez’s appeal from his conviction “of being a removed alien found in the United States in violation of 18 U.S. Code § 1326(a).” U.S. v. Diaz-Lopez, supra. The statute, which you can find here, makes it a crime – punishable by a fine and/or imprisonment for up to 2 years – for an alien who has been denied admission to the U.S., “deported, or removed” from the U.S. to re-enter the country without being authorized to do so or under other circumstances that take the entry outside the scope of the statute.

This is all the opinion says about the facts that led to Diaz’s conviction for violating the statute and his subsequent appeal:

Diaz was born in and is a citizen of Mexico. On February 13, 2009, a Border Patrol agent found and arrested Diaz on a road in California, north of the United States-Mexico border. The government charged Diaz under 18 U.S. Code § 1326(a) with being a removed alien found in the United States without permission. At a bench trial, the government introduced testimony from a Border Patrol agent stating that he had performed a search of the Computer Linked Application Information Management System (`CLAIMS’) database using Diaz's name, alien number, and date of birth, and had found no record of Diaz having filed a Form I-212, which is the required application for permission to reapply for admission to the United States after having been previously removed.

On appeal, Diaz argued that the judge erred in admitting the Border Patrol agent’s testimony about the database search because the admission of the testimony violated the best evidence rule as codified in Federal Rule of Evidence 1002. U.S. v. Diaz-Lopez, supra. In addressing his argument, the 9th Circuit explained that

The court then noted that Federal Rule of Evidence 1002 provides as follows: “To prove the content of a writing, recording, or photograph, the original writing, recording, or photograph is required, except as otherwise provided in these rules or by Act of Congress.” It also noted that Federal Rule of Evidence 1001(1) states that “‘[w]ritings' and ‘recordings' consist of letters, words, or numbers, or their equivalent, set down by handwriting, typewriting, printing, photostating, photographing, magnetic impulse, mechanical or electronic recording, or other form of data compilation.”

The issue the 9th Circuit had to resolve, therefore, was whether the government was

required to produce an `original’ to show the CLAIMS database did not contain any record of Diaz having filed an I-212. When records or data are stored `in a computer or similar device, any printout or other output readable by sight, shown to reflect the data accurately, is an “original.“’ Federal Rule of Evidence 1001(3). Diaz argues that the government should have introduced a printout of the search results from the CLAIMS database rather than testimony from the agent performing the search.

U.S. v. Diaz-Lopez, supra. The court noted that Diaz was correct in arguing that the

CLAIMS database falls within the scope of the best evidence rule, because the database is a `[w]riting[ ] or recording[ ] . . . set down by . . . magnetic impulse . . . or electronic recording, or other form of data compilation.’ Federal Rule of Evidence 1001. The next question is whether the evidence was introduced `[t]o prove the content of a writing, recording, or photograph.’ Federal Rule of Evidence 1002. We conclude that it was not.

The agent's testimony that he searched the database and found no record of Diaz having filed an I-212 is similar to testimony `that an event did not occur because relevant records contain no mention of it. This negative type of testimony is usually held not to constitute proof of contents and thus not to require production of records.’ . . . Indeed, the advisory committee's note to Rule 1002 states that the best evidence rule does not apply to `testimony that books or records have been examined and found not to contain any reference to a designated matter.’

Diaz concedes that if no record were found pursuant to an agent's physical search of an A-file, testimony to that effect would be admissible under Federal Rule of Evidence 1002. However, Diaz asserts that, although the Rule applies to computer databases, the advisory committee note's limitation on the Rule applies only to searches of `physical’ records.

We decline to adopt such a position. First, we do not see any meaningful difference between a search of a physical file and a search of a database. Databases contain `physical’ records, too, even if those records are not printed on paper. Second, the best evidence rule, like us, now survives in the twenty-first century. It is common sense, and not mere symmetry, to say that because the rule applies to computer databases, the rule's limitations must also apply to such databases. It is reasonable to apply the best evidence rule to new circumstances as technology evolves, but when the rule is extended, courts will necessarily be required to decide if the limits on the rule extend as well. When, by virtue of new technology, the best evidence rule can be applied to testimony about databases, the traditional limits on the rule should be properly extended as well.

U.S. v. Diaz-Lopez, supra (quoting Wigmore, Evidence in Trials at Common Law (1972)). Finally, the 9th Circuit explained that while some might argue that the

`smallest variation in words’ is not of importance in the case of testimony regarding the negative results of a database search, such variations may well be significant if the testimony is offered to prove what particular search terms were used to search a database. However, even if Diaz had raised this argument, it would not aid his case. Any dispute about the particular search terms used by the agent for searching the CLAIMS database is not a dispute about the contents of the database, or about the contents of any records in the database, but rather a dispute about the specific actions performed by the agent. As a result, the best evidence rule would not apply because it applies only to writings, recordings, and photographs . . .

Posted by Susan Brenner at 9:11 AM