More on Restitution and Proximate Cause 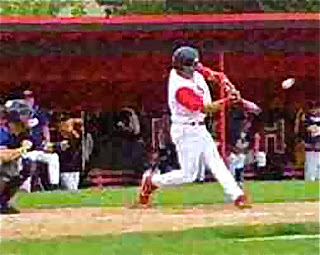 A few months ago, I did a post about an Iowa case in which a federal district court judge declined to order the defendant to make restitution to the victim in a child pornography case.

I decided to do another post on this issue because I found several recent cases in which the issue came up, again, and resulted in different outcomes. I’m not going to cover the statutory basis for restitution or the procedure involved in any detail in this post; I’ll refer you to the earlier post for those issues.

The first case is U.S. v. Rowe, 2010 WL 3522257 (U.S. District Court for the Western District of North Carolina 2010), and all I know about the facts in the case is that the defendant, Jeffery Michael Rowe, pled guilty to 1 count of possessing child pornography in violation of 18 U.S. Code § 2252(a)(4)(B). When it came time to sentence Rowe, the government sought an order requiring him to pay restitution to his victim. U.S. v. Rowe, supra. In this opinion, the federal judge explained that

among the 243 images and 9 videos found in [Rowe’s] possession were images from what has come to be known as the `Vicky’ series. `Vicky’ is a pseudonym for a known child victim of child sexual abuse. Now an adult, Vicky has submitted loss figures for the Court's consideration in imposing restitution. . . . Based on the victim's submissions, the Government contends [Rowe] should be held jointly and severally liable with all other defendants convicted of possessing images from the `Vicky’ series for the full amount of Vicky's losses-a total of $383,803.60.

U.S. v. Rowe, supra. In a footnote, the judge explained that “[t]o date, the victim has received $70,850.00 in restitution payments from other defendants. Therefore, the Government is requesting that the Court enter a restitution judgment in the amount of $312,953.60” for her “in this matter.” U.S. v. Rowe, supra.

In ruling on the government’s request, the judge explained that 18 U.S. Code § 2259 “mandates that the Court order a defendant convicted of [a child pornography] offense to pay `the full amount of the victim’s losses’ as restitution to the victim.” U.S. v. Rowe, supra. He also explained that (i) § 2259(c) defines “victim” as “someone harmed as a result of commission of a crime” under federal statutes that include child pornography crimes and (ii) § 2259(b)(3) defines “full amount of the victim’s losses” as including physical, psychiatric or psychological care or rehabilitation, lost income, “necessary” transportation, housing and child care expenses, attorney’s fees and court costs and “any other losses” that were a proximate result of the crime. U.S. v. Rowe, supra.

The judge then considered whether Vicky was a “victim” of Rowe’s crime. He found that Vicky “was depicted in some of the pornographic images” Rowe possessed, so she was a “`victim’ for the purposes of section 2259 if she was `harmed as a result of’” Rowe’s possession of those images. U.S. v. Rowe, supra. He explained that courts have found that child pornography creates “three distinct types of harm to its victims”: the abuse they suffer when the material is created; the violation of their privacy they suffer when others possess the material; and the victimization of children is a direct result of the existence of a demand for the material. U.S. v. Rowe, supra.

The judge held that Vicky was a “victim” under the statute: She was “raped and sexually exploited by her father beginning at age 10”, exploitation that included recording the abuse and distributing it to other pedophiles. U.S. v. Rowe, supra. When she was 17 she discovered the images were circulating, which was a traumatic experience for her. U.S. v. Rowe, supra. And she was talked by someone who had seen the images and who wanted “to make pornography with her.” U.S. v. Rowe, supra. Evidence presented to the judge showed that because of all this, Vicky “faces a long course of treatment” for “physical and emotional problems” caused by “the receipt, distribution and possession of her abuse images.” U.S. v. Rowe, supra.

The judge next took up the issue of whether “the Government ha[d] met its burden of establishing the requisite causal connection between [Rowe’s] conduct and the victim’s losses.” U.S. v. Rowe, supra. He explained that under the statute, he could only award restitution for the amount of Vicky’s losses “proximately caused” by Rowe’s conduct. U.S. v. Rowe, supra. The judge then quoted a legal dictionary’s definition of the term “proximate cause:” “Proximate cause is `[a] cause that directly produces an event and without which the event would not have occurred.’” U.S. v. Rowe, supra (quoting Black's Law Dictionary 250 (9th ed.2009)).

After reviewing the evidence submitted by the prosecution, the judge held that the government had “failed to carry its burden of proving the amount of losses proximately caused by [Rowe’s] conduct with any reasonable certainty”. U.S. v. Rowe, supra. He explained that he could not ignore the fact that a

significant portion of the psychological harm inflicted upon Vicky -- as well as the entirety of the physical harm that she suffered -- was inflicted by her father, who not only committed the original abuse but also distributed photographs and videos of that abuse on the internet. The harm caused to Vicky by her father's physical and sexual abuse obviously is distinct from the psychological harm inflicted by the untold numbers of individuals (including [Rowe]) who subsequently received and possessed images of that abuse. In light of these distinct injuries, it would be absurd to hold, as the Government suggests, that [Rowe] jointly and severally liable for the entire amount of Vicky's damages.

A North Dakota district court judge did essentially the same thing in U.S. v. Solsbury, __ F.Supp.2d __, 2010 WL 3023913 (U.S. District Court for the District of North Dakota 2010). Like Rowe, Solsbury pled guilty, though he pled to receiving child pornography, and, as in the Rowe case, the government sought an “award of restitution [on behalf of Vicky] in the amount of $312.953.60.” U.S. v. Solsbury, supra. This went through the same statutory and causation analysis as the North Carolina district court judge but also noted that

[t]his is not the first case in which Vicky has filed a claim for restitution after receiving notice that a defendant was indicted for possession, access, receipt and/or distribution of her image. . . . [T]here have been claims submitted on behalf of Vicky in more than eighty different cases to date. In August of 2009, the Department of Justice began aggressively pursuing claims of restitution. In at least one case, the court awarded Vicky restitution in excess of $200,000. See United States v. Trantham, No. 09-cr-072 (N.D.Tex. Jan. 26, 2010)(ordering defendant [convicted of attempted receipt and transporting and possession of child pornography] to pay $219,546.10 in restitution to `Vicky’ . . . ). See also United States v. Fluitt, No. 09-14014-cr-Graham (S.D.Fla. Dec. 30, 2009)(ordering defendant to pay $147,000 in restitution to `Vicky’ in a case in which the defendant possessed sexual exploitation images of her as a child).

U.S. v. Solsbury, supra. Like the North Carolina judge, this judge found the government had not shown “what specific losses” Vicky suffered as a result of Solsbury’s conduct. U.S. v. Solsbury, supra. The North Dakota judge specifically pointed out that Solsbury did not produce or distribute the images of Vicky, did not create any online postings or contribute comments about Vicky to any chat rooms or blogs, has never attempted to contact Vicky and Solsbury was not mentioned in any of the expert reports submitted in support of restitution. U.S. v. Solsbury, supra.

That brings us to the third case, which had a rather different outcome: U.S. v. Baxter, 2010 WL 3452537 (U.S. Court of Appeals for the 9th Circuit 2010). All I know about Baxer is that he was sentenced for receiving child pornography, so he either went to trial and was convicted or pled to some charge(s). U.S. v. Baxter, supra. As part of his sentencing, the district court judge ordered Baxter to pay $3,000 in restitution to Vicky, presumably because at least some of the images of child pornography he received were of her. U.S. v. Baxter, supra.

Baxter appealed that order, arguing that “the record contains no causal link between Vicky’s losses and his actions”. U.S. v. Baxter, supra. The 9th Circuit, however, did not agree: “Baxter's argument . . . is not supported by the record. The United States met its burden of establishing proximate cause by showing how Vicky's harm was generally foreseeable to casual users of child pornography like Baxter.” U.S. v. Baxter, supra.

The opinion then briefly explains why the Court of Appeals found that the government had met its burden of establishing proximate cause in this case:

In a civil suit against Baxter, Vicky's actual damages would be presumed to be at least $150,000, and the government has articulated approximately $128,000 in counseling costs Vicky faces as she works to repair the damage done by the continued possession of images depicting her abuse. . . . [T]he government requested a restitution order in the amount of $3,000, articulating its recommendation by comparing it to the number of therapy sessions Vicky is estimated to need in the coming years and their cost, and recommending that $3,000 would cover 18 sessions, or one and one-half years of therapy, at one session per month -- an amount the government suggested `seems to be more than fair and reasonable’ for Baxter to pay. We agree. There is sufficient context to support the district court's order granting restitution in the amount of $3,000.

For whatever it's worth, I think the first two courts got it right, given the magnitude of the restitution demands at issue in those cases. . . . I don’t see how A defendant could be held “jointly and severally” liable for all of the losses Vicky has incurred. Aside from anything else, that seems to open up the possibility that she could recover more than her actual losses. If, say, A is ordered to pay her $300,000 in restitution and B is ordered to pay her roughly the same amount, as are C and D, I don’t see how that is consistent with the policies behind ordering restitution to victims. I also think the Baxter court's resolution of the restitution issue makes sense, given the restitution issue before it.

Posted by Susan Brenner at 6:47 AM

Maybe they should make child pornography legal and stop all the bullshit while saving millions of taxpayer dollars in the process.