Search Unlawful But Evidence Not Excluded 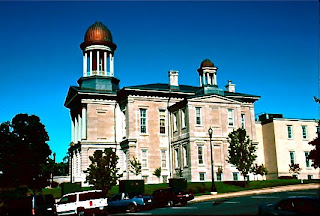 As I assume everyone knows, courts in the United States use the exclusionary rule to enforce the 4th Amendment. As Wikipedia explains, the exclusionary rule is “a legal principle . . . which holds that evidence collected . . . in violation of the defendant’s constitutional rights is . . . inadmissible” in a prosecution of that defendant.

As Wikipedia also explains, the U.S. Supreme Court first adopted the exclusionary rule as a device for enforcing the 4th Amendment in Weeks v. U.S., 232 U.S. 383 (1914). The Weeks Court only applied the exclusionary rule to violations of the 4th Amendment – “unreasonable” searches and seizures – carried out by federal law enforcement officers. It wasn't until 1961, in Mapp v. Ohio, 367 U.S. 643, that the Supreme Court applied the rule to state law enforcement officers, as well. The combined effect of Weeks and Mapp has been that the exclusionary rule prevents states and/or the federal government from using evidence obtained in violation of the rule (subject to certain exceptions, such as if the evidence would “inevitably” have been discovered otherwise).

One more bit of context and we’ll get into the case this post is about. As I’ve noted in various other posts, the 4th Amendment creates a right to be free from “unreasonable” searches and seizures, which, by implication, means that “reasonable” searches and seizures are constitutional. As I’ve also noted, to be “reasonable” a search/seizure must be conducted pursuant to a warrant (search or arrest) or an exception to the warrant requirement.

Late on September 26, 2007, the Oswego County Sheriff's Office began investigating possible child exploitation by Efrain J. Rosa after Deputy Sheriff Burke was dispatched to a local address upon receipt of a 911 call from two mothers reporting that their minor sons had just disclosed being sexually abused by a neighbor, whom the boys referred to as `J.’. . . . Burke learned ‘J’ had shown the boys files on his computer containing nude pictures of the boys and other children and had engaged in sexual conduct with the[m]. The boys [said] `J’ kept three laptop computers in his apartment, had a USB flash drive on which he kept images of nude children , a pistol in his bedside table and had sexually abused the boys on multiple occasions. . . . [A]t approximately 2:00 a.m., officers sought the assistance of Investigator Blake, who had specialized training in computer forensic exams in child pornography cases. . . . Blake prepared a search warrant application and affidavit, which he presented to Granby Town Justice Bruce Wells in connection with his request for a search warrant of Rosa's apartment. . . .

[A]t 4:10 a.m., Judge Wells issued a search warrant directing the Sheriff's Office to search `[t]he entire residence known as 30 West 11th Street Building E Apartment 1 Chateau West Apartments in the Town of Granby, County of Oswego, State of New York. This is to include any containers or rooms whether locked or otherwise[ ]’ . . .

for the following property: `. . . computer equipment, electronic digital storage media included but not limited to floppy diskettes, compact disc, hard drives whether mounted in a computer or otherwise, video or audio tapes, video surveillance systems, video and digital camera systems, printing devices, monitors, firearms and any written and/or printed and/or electronic stored notes or records which would tend to identify criminal conduct and any personal papers or documents which tend to identify the owner, leasee or whomever has custody or control over the premises searched or the items seized.’

U.S. v. Rosa, supra. The opinion notes that while “the search warrant itself did not incorporate any supporting documents, or set forth the nature of the suspected criminal activity,” section A of the application said the property to be searched was evidence of three New York sex offenses and one firearms offense. U.S. v. Rosa, supra. It also notes that the materials presented to Judge Wells included an affidavit by Black that incorporated the statements made by the two boys and their mothers, and Rosa’s “New York criminal history and lack of a pistol permit.” U.S. v. Rosa, supra.

After the judge issued the warrant, at approximately 5:00 a.m. Blake and a team of

U.S. v. Rosa, supra. When the computers and “related storage media” were analyzed, investigators found “several thousand images and over a hundred videos of child pornography” plus images of Rosa “engaging in sexual conduct with each of the” boys who had complained about him to police. U.S. v. Rosa, supra.

After a grand jury indicted Rosa multiple counts of producing, attempting to receive and possessing child pornography, he moved to suppress “the physical evidence seized from his apartment.” U.S. v. Rosa, supra. In his motion, Rosa argued, among other things, that the search violated the 4th Amendment because “the warrant lacked particularity and was overbroad because it allowed for the seizure of any items that `would tend to identify criminal conduct.’” U.S. v. Rosa, supra.

After the trial judge denied his motion to suppress, Rosa pled guilty to 3 counts of producing child pornography and 1 count of witness tampering while reserving his right to appeal the denial of the motion to suppress. U.S. v. Rosa, supra. And he, of course, appealed.

On appeal, Rosa again argued that because the search warrant failed to state with

any level of particularity the specific criminal activity alleged or the type of digital evidence to be sought from the electronic items seized, [it] authorized the officers to conduct an unfettered search of the contents of his numerous electronic devices, any one of which might contain sensitive personal information unrelated to the suspected crimes of child pornography and child molestation. . . .

U.S. v. Rosa, supra. As I’ve explained before, the 4th Amendment requires that a search warrant particularly describe “the place to be searched and the . . . things to be seized.” The purpose of this requirement is to limit officer discretion, i.e., to ensure that officers who execute a warrant only look for the items specifically described in the warrant.

The Court of Appeals agreed with Rosa that the warrant in this case lacked “the requisite specificity. . . . The warrant was defective in failing to link the items to be searched and seized to the suspected criminal activity . . . and thereby lacked meaningful parameters on an otherwise limitless search of Rosa's electronic media.” U.S. v. Rosa, supra. The court therefore held that because “the warrant failed to describe the evidence sought and . . . to link that evidence to the criminal activity supported by probable cause, the warrant violated the” 4th Amendment. U.S. v. Rosa, supra.

The Court of Appeals then turned to the remedy for the violation, noting that, under the Supreme Court’s decision in Herring v. U.S., 129 S.Ct. 695 (2009), a violation of the 4th Amendment “does not necessarily result in the application of the exclusionary rule.” U.S. v. Rosa, supra.

The Herring Court held that the application of the exclusionary rule depends on the “efficacy of the rule in deterring 4th Amendment violations in the future” as well as a determination that the “benefits of deterr[ing unlawful police conduct] . . . outweigh the costs.” Herring v. U.S. supra. The Herring Court explained that (i) the “extent to which the exclusionary rule is justified . . . varies with the culpability of the law enforcement officers” and (ii) in deciding whether the rule should apply, a court looks to whether police conduct is “sufficiently deliberate that exclusion can meaningfully deter it, and sufficiently culpable that such deterrence is worth the price paid by the justice system.” Herring v. U.S. supra.

In applying Herring to Rosa’s motion to suppress, the 2d Circuit Court of Appeals found that after examining the circumstances at issue in the case,

we conclude that the officers acted reasonably and that the exclusionary rule would serve little deterrent purpose in this case. Given the time pressures and the content of the application and the affidavit, it is only reasonable to conclude that the failure to ensure that the items to be seized were properly limited under the express terms of the warrant was simply an inadvertent error that was the product of `isolated negligence.’ There is nothing to suggest deliberateness and culpability on the officers' part.

[u]nder the facts of this case, we conclude that the benefits of deterrence do not outweigh the costs. In so holding, however, we reiterate the importance of law enforcement's compliance with the probable cause and particularity requirements of the Fourth Amendment and emphasize that application of the exclusionary rule will vary in accordance with the facts of each case.

U.S. v. Rosa, supra. So Rosa won on one issue and then lost on the other.

So what now? The guy then has to file a Section 1983 lawsuit cuz of the civil rights violation?

What 'time pressures?' The kids were presumably safe since they were at home or with the cops. So why not do the job right and do a proper warrant application?

This strikes me as a perfect example of a court deciding that a crime is bad enough that the person doesn't deserve protection... which is always a bad precedent to set.

This should not be such a big deal actually. I am a reader from Canada and in Canada, as well as in Europe, a similar vien of law exists (In Canada it is in the Constitution Act itself), which suggests a violation does not immediately lead to exclusion of evidence. Trust me, in the end this makes sense. For example, if there is a technical breach should it lead to exclusion? Is that really justice? Justice is NOT always a one sided ledger where the rights of the accused are all that matters. Society has a right to see cases properly adjudicated on thier merits as well.

I agree with our Canadian friend. What I cannot understand however is why does everyone post as anonymous there is nothing to be afraid of? Just my two cents.
Keith I. Daniels

This case is still on track toward an en banc hearing. The use of Herring is nothing more than pure smoke, no pun intended. In Herring, the error was not the magistrates or the officer, it was a clerk removed in time and location from the fact that told the officer an active warrant was in effect, when it was not. The officer acted in "good faith", thus the exclusionary rule applies. In the case at hand there was no good faith, the affiant drafted the warrant, the affidavit and the application. Further, there was no indica that the magistrate even knew what the Affidavit contained as the magistrate did not even bother to initial that he had read it ON THAT DAY AND HOUR.

The Fourth Amendment is a basic right that protects ALL from over zealous police. Granting "exceptions to the exclusionary rule" for every case that comes up just keeps lowering the bar and no incentive for police to keep up with and understand the law they are sworn to uphold, unless we are willing to accept an American Gestapo.

I knew him and always figured him a strange one.He got what came to him.I glad justice was done.That kid was a pure evil.