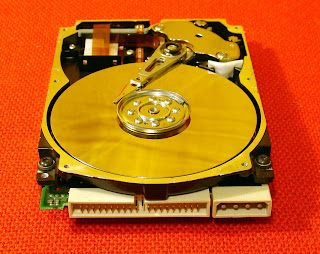 This post is about a case in which a defendant charged with possessing and receiving child pornography in violation of federal law argued that he should have been acquitted because the government destroyed the computer that allegedly contained evidence of the crimes.

A nationwide investigation of commercial child-pornography websites revealed evidence that Joseph McNealy had purchased memberships to a number of such sites. Federal agents interviewed McNealy at his residence, and he consented to a search of his computer. That initial search discovered pornographic images of children on a hard drive. McNealy then consented in writing to the seizure of the computer for further examination.

More than 9,000 pornographic images of children were found. These images had been downloaded from commercial websites and other internet sources. Federal agents created `forensic image’ copies of the three hard drives in McNealy's computer; his computer and its hard drives were subsequently destroyed. McNealy was indicted for knowing possession and receipt of child pornography. . . . At trial, the Government introduced print-outs of some of the images found on McNealy's computer, using the forensic image copies of two of the hard drives. McNealy was found guilty . . . and sentenced to 70 months of imprisonment, followed by a life term of supervised release. This appeal followed.

U.S. v. McNealy, supra. This, according to McNealy’s brief on appeal, is how his computer came to be destroyed:

At the time McNealy's computer was seized, it contained the three hard drives from which the government recovered all the evidence it presented in his case. On a document dated September 29, 2004 McNealy `requested that the custom service send my case for court action.’ McNealy `wanted to be heard on the matter’ before his computer hard drives were destroyed. McNealy was presented with a form upon which he explicitly elected not to have his hard drives destroyed, but instead have a court proceeding to determine that. A certified mail card was presented at the hearing on this matter confirming the government's receipt of McNealy's form including this election to not have his hard drives destroyed.

Following that . . . a civil In Rem proceeding was filed by the government. . . . titled, `United States of America v. One Custom-built Computer, Defendant.’ The action did not list McNealy as the defendant. . . . or include McNealy's address in the caption. The government ran a notice in the Jackson Mississippi Clarion-Ledger paper regarding the In Rem proceeding. This notice was admitted as an exhibit to the hearing. . . .

The government did not notify McNealy at his home or his attorney's address of the pending In Rem action that sought to destroy the original evidence. The court, being a long time Mississippi resident, noted that `If I wanted somebody not to know something, I'd publish it in The Clarion-Ledger.’ The government did not argue that publication in The Clarion-Ledger was sufficient notice. The court found `there was not reasonable notice sent to this defendant of this forfeiture. . . .The notice didn't have his name attached to it. The government full well knew his address, knew where he lived, had been to his house. The notice doesn't identify him.’ The court eventually found, however, that the evidence was not `destroyed . . . in bad faith.’

The Asset Forfeiture Division published notices of the civil in rem complaint in a local newspaper for three weeks after filing the action. Although [McNealy] had earlier indicated in a form received by the government that he intended to contest his computer's forfeiture, that notice evidently did not make its way to the Asset Forfeiture Division, which did not notify [him] personally about the action. [McNealy] did not contest the forfeiture action, and the computer was civilly forfeited and destroyed. The prosecuting attorneys learned of the civil forfeiture some time in November 2008 and informed [McNealy] of the forfeiture on December 3, 2008.

On appeal, McNealy argued that his trial motion for an acquittal should have been granted because the destruction of his computer

violated his due process rights. He suggests that the mishandling of the defective hard drive prohibited him from using `exculpatory evidence potentially available on it.’ He also argues that he should not be forced to rely on the Government's claims that the two remaining hard drive copies were accurate, given that the originals were destroyed.

U.S. v. McNealy, supra. In ruling on McNealy’s argument, the 5th Circuit noted that a

U.S. v. McNealy, supra. The Court of Appeals also explained that before McNealy’s

U.S. v. McNealy, supra. McNealy, again, argued that the destruction of the computer

violated his due process rights. He suggests that the mishandling of the defective hard drive prohibited him from using `exculpatory evidence potentially available on it.’ He also argues that he should not be forced to rely on the Government's claims that the two remaining hard drive copies were accurate, given that the originals were destroyed.

U.S. v. McNealy, supra. The 5th Circuit did not agree. It found that the destroyed

`[There was] not a real clear explanation to what happened to it. It seems to me that there were several arms of the federal government working on this case and many other cases and that simply the evidence in being transported back to the FBI or back to some other federal agency was either misplaced or lost. There's no evidence here that this evidence was destroyed purposefully.’

The Government was at least negligent in destroying McNealy's computer. McNealy specifically requested that his computer be returned to him. Despite this request, the Government did not send notice of the forfeiture proceeding to McNealy personally. Rather, it published notice of the action in a local newspaper and eventually destroyed the computer. . . . [T]his was not reasonable notice.

However, there is no evidence the Government acted in bad faith. The attorneys . . . did not know of the forfeiture action, and there is no evidence they intended to destroy the evidence to impede McNealy's defense. Indeed, it appears highly likely that all relevant evidence was preserved in the forensic images of the hard drives. The original computer was destroyed as a result of miscommunication between divisions of the federal government, not as a result of bad faith. Therefore, the district court did not err in finding that the Government's destruction of McNealy's computer was not in bad faith, and this destruction did not violate McNealy's due process rights.

As I remember it, any printout needs to show a filename or web address to be admissible.
IIRC, any byte-by-byte copy of an electronic document is to be considered the same as the original; this being the workaround for certified copies.

So, whatever material exculpatory evidence existed on the original hard drive should have been available on the byte-by-byte copy. (although this has some issues depending on the particular media)
The point is moot.

Not necessarily moot if the defendant could have claimed (on what grounds, I don't know) that the exculpatory evidence was on the first disk, the one the government did not/could not produce.