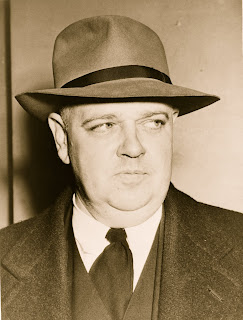 According to the U.S. Department of Justice’s Criminal Resource Manual, while the

essence of the entrapment defense is the defendant's lack of predisposition to commit the offense, the `defense’ of outrageous government conduct presupposes predisposition but seeks dismissal of the indictment on the ground that the conduct of law enforcement agents was `so outrageous that due process principles would absolutely bar the government from invoking judicial process to obtain a conviction.’ U.S. v. Russell, 411 U.S. 423, 431-32 (1973).

This post is about a recent decision – U.S. v. Christie, __ F.3d __, 2010 WL 4026817 (U.S. Court of Appeals for the 3d Circuit 2010) – in which the defense of outrageous government conduct was one of several issues the defendant raised on appeal. The others are interesting in their own way, but we’re only going to focus on this particular issue.

After being convicted on all counts of an eight-count indictment charging him with possessing, receiving and distributing child pornography in violation of federal law, Russell Christie appealed, arguing, in part, that “`[t]he government's investigation and prosecution of [the case against him] constituted outrageous government conduct’ that violated his due process rights.” U.S. v. Christie, supra. The 3d Circuit explained that the investigation began in November 2005 as the byproduct of a fraud investigation into

Jerrod Lochmiller, . . . administrator of the NAMGLA site. Lochmiller, who was a fugitive . . ., contacted the U.S. Attorney's Office in Los Angeles through his attorney, George Buehler. Buehler indicated that, in exchange for the government's dropping fraud charges against Lochmiller, [he] would provide access to the NAMGLA website and information on its users. The U.S. Attorney's Office agreed and referred the case to the FBI, which assigned Special Agent MacFarlane as the primary case agent for the investigation.

Buehler furnished a user name and password, which MacFarlane used to access restricted areas of the NAMGLA website. At trial, MacFarlane testified that the password-protected areas of the website contained . . . the N Gallery, the Private Gallery, and the Private Lounge. In the N Gallery . . . users could post links to websites containing sexually explicit images and videos of children posing by themselves. The Private Gallery and Private Lounge sections . . . operated in a similar manner, except the links posted in them typically contained images of children engaged in sexual acts with adults or with one another. MacFarlane testified that access to the site was free but users were required to submit links to child pornography to the site moderators to obtain a username and password. . . . [O]ne such user, who went by the screen name `franklee,’ consistently posted links to new images and videos, and posted comments to the website. . . . [T]he FBI undertook efforts to identify the users of the website. . . .

The FBI initially attempted to obtain the IP addresses of visitors to the NAMGLA website from Lochmiller, but, because all communications between the FBI and Lochmiller were handled through Buehler, the information was too stale to be useful. By the time government agents got the IP addresses from Buehler, there was not enough time to subpoena customer identities from the ISPs before the ISPs had purged their records reflecting which IP addresses had been assigned to which customers. Accordingly, in April 2006, the FBI requested that Lochmiller give them administrator-level access to the NAMGLA website, which he did.

One of those individuals was Christie, who [used] the screen name `franklee.’ . . . Christie was one of the most prolific contributors to the NAMGLA site, having written more than 2,500 posts between October 2005 and July 2006. As a moderator for the site, Christie enforced site rules and counseled less-experienced users about how to name and password-protect files to avoid detection by law enforcement. . . [His] moderator-level access gave him the ability to approve new member accounts.

On July 25, 2006, the FBI executed multiple search warrants as part of a coordinated `takedown’ effort aimed at the site and . . . its users.

U.S. v. Christie, supra. Prior to trial and again on appeal, Christie asserted an outrageous government conduct defense based on what he claimed was the government’s failure to comply with the Attorney General’s Guidelines Regarding the Use of Confidential Informants [CI Guidelines]. U.S. v. Christie, supra. You can find the CI Guidelines here. At trial, Agent MacFarlane testified about the FBI’s contact with Lockmiller and the efforts to obtain

from him the IP addresses of people using NAMGLA's website. MacFarlane acknowledged that Buehler served as an intermediary between the FBI and Lochmiller and . . . admitted he had never met Lochmiller personally. Defense counsel questioned MacFarlane about whether Lochmiller qualified as a confidential informant (`CI’) under the [CI Guidelines]. Those guidelines define a `confidential informant’ as `any individual who provides useful and credible information ... regarding felonious criminal activities, and from whom [the FBI] expects or intends to obtain additional useful and credible information regarding such activities in the future.’ [CI Guidelines]. . . . The guidelines establish rules applicable to all Department of Justice law enforcement agencies, and generally prohibit the use of fugitives and probationers as CIs. They also require that a law enforcement agent personally meet with and supervise an individual who will act as a CI.

MacFarlane testified that he did not consider Lochmiller a CI because, once Lochmiller provided access to the NAMGLA site, the FBI did not anticipate using him to obtain future information. . . . MacFarlane [admitted] on cross-examination that the CI Guidelines are designed, in part, to prevent the implication of innocent individuals in criminal activity.

Defense counsel argued in closing that Lochmiller qualified as a CI. . . . [and] insinuated that MacFarlane had deviated from the CI Guidelines in relying on information supplied by Lochmiller and that MacFarlane's conduct created the risk that Lochmiller had falsely implicated Christie and other users of the NAMGLA website. The alleged unreliability of the investigation was central to Christie's defense at trial.

U.S. v. Christie, supra. Since the defense didn’t work at trial, Christie raised the issue of outrageous government conduct on appeal. He claimed the FBI’s “failure to follow the” guidelines meant “MacFarlane and other agents lacked control over Lochmiller,” which violated Christie’s “right to due process because, absent such control, the government `simply cannot vouch for the integrity of the data on [the NAMGLA] site,’ and thus innocent people are exposed to prosecution.” U.S. v. Christie, supra.

In addressing Christie’s argument, the 3d Circuit noted, first, that the “CI Guidelines do not themselves create rights for criminal defendants.” U.S. v. Christie, supra. The court explained that since the Guidelines do not create such rights, even if they “were violated that would not mean, in itself, that Christie would be entitled to relief.” U.S. v. Christie, supra. The 3d Circuit said the Guidelines were relevant only insofar as they define “good law enforcement practices in working with CIs”, practices the deviation from which might be relevant in determining if the government’s conduct in the case was sufficiently outrageous to violate due process. U.S. v. Christie, supra.

Assuming that the CI Guidelines apply to the government's interactions with Lochmiller, which is a point in dispute, the alleged failures to abide by the Guidelines did not violate Christie's due process rights. Cases in which we have found due process violations have involved far more egregious government conduct. For example, we have determined that due process was violated when the government itself manufactured the illegal activity and then prosecuted others who engaged in that activity alongside government actors. . . .

U.S. v. Christie, supra. Since the court also rejected Christie’s other arguments, it affirmed his conviction and his sentence of 90 years in prison.

(The photo, btw, is of Whittaker Chambers.)

Posted by Susan Brenner at 9:11 AM