Charging Error Due to Computer Glitch 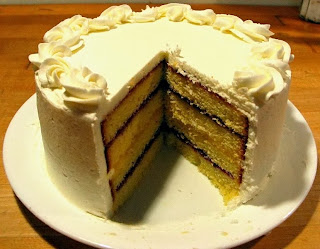 On the evening of August 30, 2008, Yudith Fuentes Carrazco celebrated her 26th birthday with her boyfriend, Fidel Juarez Castillio. . . . Yudith and Fidel went to celebrate with [her] sister, Benecia Carrazco and her boyfriend, Ismail Hassan at their apartment. . . . Hassan arrived a short time later accompanied by two men. . . . [whom he] identified as `cousins.’ . . . Soon thereafter, a number of Yudith's and Fidel's friends arrived. The group included Fidel's two brothers, Oscar and Luis, and friends, Mari Carmen Vasquez, Martha Mercado, and Eduardo Nicio.


He greeted the guests and offered them drinks. Shortly after Fidel's brothers and friends arrived, Hassan's friend Brian Williams, his wife and . . . Benecia left . . . [L]ater, Hassan told Yudith, Fidel, and their friends they were being too loud. The[y] . . . decided to leave. . . . [b]ut before they could do so, Fidel and Hassan got into a fight. . . .

Fidel's brothers intervened to pull [them] apart. . . . One of Hassan's cousins grabbed the knife used to cut the birthday cake and threatened Fidel with it. . . . As they were running down the stairs to the parking lot, someone threw a beer bottle and hit one of them on the head. Luis, Fidel, Yudith, and Mari Carmen got into Luis's truck. Martha Mercado and Oscar got into Mercado's car. As the vehicles drove past Hassan's apartment, they saw [him] . . . aiming [a] shotgun at the two vehicles. . . . Hassan fired at least three, and possibly four, shots at the vehicles. . . .

Officer Bunk arrived at the apartment complex in response to a report of a fight with a weapon. After [he] blocked the entrance to the complex with his police car, he . . . gunshots. . . . [He] saw a truck and a car approaching at high speed and stopped both vehicles. . . . The officers searched the parking lot and recovered two spent twelve gauge shotgun shells. Hassan approached the officers and identified himself. . .

Each of the occupants of the vehicles identified Hassan as the shooter and identified the shirt found in his apartment as the one Hassan had been wearing earlier in the evening.

Based on this and other evidence, prosecutors charged Hassan in an information with

The trial lasted “approximately two-week[s]”, after which the prosecution and defense prepared to give their closing arguments to the jury. State v. Hassan, supra. At that point, the prosecution filed a motion asking the court to let it amend the information to

correct the names of the victims identified in count I. The defense did not object. The court granted the motion to amend. The . . . amended information substituted `Yudith Fuentes Carrazco’ for `Yudith Fuentes,’ `Mari Carmen Vasquez’ for `Mari Carmen Vasquez Calderon,’ and deleted a hyphen in Fidel's surname, Juarez Castillio. However, unbeknownst to the court and the parties, the . . . amended information also changed the charge in count II from assault in the first degree to assault in the second degree.

Amazingly, I don’t think anyone noticed the change, because the opinion says that the prosecution and defense submitted proposed jury instructions only for assault in the first degree and that during closing arguments “both the State and the defense emphasized that . . . to convict Hassan, the jury had to find beyond a reasonable doubt” that he “committed assault in the first degree.” State v. Hassan, supra.

The jury did precisely that, i.e., found Hassan guilty of two counts of first degree assault. State v. Hassan, supra. At some point thereafter, the court realized the problem:

Hassan's attorney conceded it was `clear’ that the purpose of the . . . amended information was to correct the victims' names. But the attorney argued that even though `the Jury found Mr. Hassan guilty of first degree assault,’ because the information was inadvertently amended to change the charge to assault in the second degree in count II, the court should deny the motion to amend and to enter a verdict on assault in the second degree for count II. The court granted the State's motion to amend and file a [new] amended information correcting the clerical error.

State v. Hassan, supra. This is apparently how the error occurred:

The prosecutor explained . . . that during the plea negotiations, the State proposed that Hassan plead guilty to second degree assault on count II and drafted an amended information to that effect. That information was the last version on the computer and the alteration of count II was therefore erroneously incorporated into the . . . amended information.

On appeal, Hassan argued that the

It found that the defense (i) did not object to the amendment which was intended to correct the victims’ names and (ii) “waived formal reading” of the amended information to the jury. State v. Hassan, supra. The Court of Appeals also point out that, as I noted above, the “evidence at trial, the jury instructions, and closing arguments only addressed assault in the first degree.” State v. Hassan, supra.

amending count II from assault in the first degree to assault in the second degree. The record shows the court granted the motion to amend to correct the names of the victims `and for no other purpose.’ The court stated, in pertinent part:

`This was a clerical error, and the trial was on two counts of assault in the first degree, and that's what went to trial. . . . It was my intention to allow the filing of the amended information to correct the name of the victim and for no other purpose, and I probably should have reviewed the information more closely to make sure that the only thing that was in it was what my intention was, which was to file that.

So, and I did review the file from beginning to end when I found that error to make sure that the prior information that was filed was for two counts of Assault 1, and it was.

So, it was clearly a clerical error in that I did not review what I was allowing to be amended more closely. And so I am signing this, the motion to amend, and it is to correct a clerical error. And I believe that I clearly have the authority to do that.’

Based on all this, the Court of Appeals found that the trial court judge “did not violate Hassan’s constitutional rights” in allowing the original amendment or the amendment that restored the charge in Count II to first degree assault. State v. Hassan, supra. It noted that “Hassan was not prejudiced” by the erroneous amendment and that the “trial court did not abuse its discretion in allowing amendment.” State v. Hassan, supra.

I see this case as another cautionary tale . . . like the case from Texas in which the appellate court had to grant a new trial because a virus ate the record of the original trial. Both illustrate how computer glitches can impact criminal proceedings in various ways, some much more significant than others.