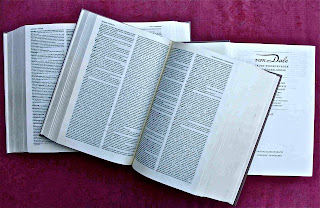 As I’ve noted in earlier posts, it’s improper – misconduct, in fact – for jurors to conduct their own research into factual matters at issue in the case they're going to decide. As I noted, the reason this is not allowed is because it can distort and thereby undermine the fairness of the process.

The judicial system has evolved a system of rules that are designed to ensure that only reliable, relevant information is presented to the jurors and that they are to decide the case based only on that evidence. When jurors conduct their own research into factual matters that undermines – and can even nullify – the effect of the rules that are designed to ensure that a trial is as fair and impartial as possible. Unlike evidence that is properly admitted at trial, the research jurors do is not vetted by anyone except themselves. And since they conduct that research on their own, the prosecution and/or defense never have an opportunity to challenge its accuracy and applicability to the issues in the case.

Okay, that’s why it’s misconduct for jurors to conduct their own research into factual matters at issue in the case. But that’s not the only thing jurors research; they may also research the law, which is equally objectionable but for slightly different reasons. In one of my earlier posts, I noted a case in which a juror had researched the law governing hung juries, i.e., the situation in which jurors aren’t able to decide a case by the requisite majority.

This post is about a somewhat similar case, though in this particular case the research went to legal issues that played a pivotal role in whether the jurors found the defendant guilty or innocent. The case is State v. Aguilar, 2010 1720613 (Arizona Court of Appeals 2010). Jesus Valdez Aguilar was prosecuted for and convicted of attempted first-degree murder based on these facts:

Jorge Castellano was at the Arizona Mills Mall when he received a call from [Francisco Norzagaray]. They agreed to meet in the mall's parking lot. When Jorge exited the mall, [Norzagaray] called him over to a white four-door Altima. Norzagaray] told Jorge to get in the car. When Jorge sat down he saw [Jesus] Aguilar in the front passenger seat and a man he did not know in the driver's seat. After Jorge shut his door, Aguilar turned around right away, pointed a gun in his face, and demanded $900. Aguilar then told the driver to `take off.’ . . .

Jorge looked for a way to get out of the car. When the car came to a full stop at a stop sign, [he] reached for the door and opened it. [Norzagaray] and Aguilar grabbed his arm and began `wrestling’ with him. When the driver accelerated away from the stop sign . . . Jorge's shirt ripped and he fell out of the car. As he was falling, he was shot in the back. Jorge hit the ground and the car kept going. . . .

Jorge was taken to a hospital where . . . it was discovered that he had a shattered kidney and blood in his abdomen. Jorge survived. . . .

Here’s how the issue arose: At the beginning of their trial, the judge “admonished the jury to `not consult any source, such as . . . the [I]nternet for information,’” and told the jurors “to observe the admonition throughout the trial”. State v. Aguilar, supra. Two of them ignored what the judge said:

[A]fter the court discharged the jury following the conclusion of [the] trial, the bailiff. . . discovered `extraneous documents’ in the notebook of the jury foreman. These documents consisted of printouts of one definition of first-degree murder and three definitions of second degree murder, as obtained from three different Internet sources (the `Internet definitions’). The court informed the parties of the bailiff's discovery, and [Aguilar and Norzagaray] moved for new trial, arguing the jurors' use of this material deprived them of a fair trial.

State v. Aguilar, supra. As you probably know, and as Wikipedia explains, before a judge gives a case to a jury he/she instructs the jury on the law they must apply to the facts they’ve heard. The law contained in those instructions is the law the jurors must apply in deciding the case.

Aguilar and Norzagaray argued that the juror’s Internet research tainted the court’s instructions on the law and therefore entitled them to a new trial. In ruling on their argument, the Court of Appeals explained that the defendants would be entitled to

State v. Aguilar, supra. The Court of Appeals also noted that in deciding whether extraneous information such as legal definitions prejudiced the defendant, a court should consider the “important of the word . . . to the resolution of the case” and the extent to which the definitions the jurors found “differs from the jury instructions”. State v. Aguilar, supra. The court then explained why the definitions at issue were important in deciding the case. It reviewed the facts quoted above and then noted that Aguilar denied having

the gun and any knowledge of the gun until after he heard the shot. Aguilar testified he looked over his right shoulder when he heard J.'s door open, saw J. `hanging out of the door,’ and heard a shot. Aguilar saw the driver hide a gun. According to Aguilar, J. owed the drug debt to the driver, not to him. . . . Norzagaray was not involved in the debt . . . and at no time did he see Norzagaray `grabbing’ J.

Although this conflicting evidence supported an inference Appellants acted with the required premeditation for the attempted first degree murder charge, it also supported a contrary inference-that the shooting occurred impulsively, during the struggle with J. to keep him in the car.

State v. Aguilar, supra. This is why the definition of premeditation the jury relied on was very important in their decision-making process.

The Court of Appeals explained that the defendants were charged with attempting to commit first-degree murder, which meant they “intentionally” committed an act that was a step in a course of conduct they planned would end in their committing that crime. The trial court instructed them on this principle of criminal law. The trial court’s instructions also defined first-degree murder (a defendant intended to and did cause the death of another person and did so with premeditation) and “premeditation” as follows:

`Premeditation’ means the defendant intended to kill another human being . . . and after forming that intent or knowledge, reflected on the decision before killing. It is this reflection, regardless of the length of time in which it occurs, that distinguishes first degree murder from second degree murder. An act is not done with premeditation if it is the instant effect of a sudden quarrel or heat of passion. The time needed for reflection is not necessarily prolonged, and the space of time between the intent or knowledge to kill and the act of killing may be very short.

[I]t is generally a killing which is deliberate and premeditated (planned, after lying in wait, by poison or as part of a scheme), in conjunction with felonies such as rape, burglary, arson . . or certain weapons, particularly a gun. . . .

The Court of Appeals explained why this definition was inaccurate and inadequate:

Not only did the Internet definition . . . focus only on whether the killing was `deliberate’ and `planned’ with no mention of `reflection’ . . . and no reference to `heat of passion,’ it also emphasized the nature of the crime . and whether certain weapons were used, . . . factors that, under Arizona law, are not necessarily indicative of a killing that is premeditated. . . .

State v. Aguilar, supra. The Court of Appeals noted that the other juror’s research wasn’t any better: “Although [juror nine] could not recall the exact content of his research on premeditation, he acknowledged `[o]ne was a definition that wasn't the same as what the Court instructions were or the explanation that the Court gave. The other one was.’” State v. Aguilar, supra.

contains clear evidence certain jurors relied on the Internet definitions to develop and shape their interpretations of critical legal terms. . . . [T[he record demonstrates the [trial] court abused its discretion in determining the State had overcome the presumption of prejudice that arose when the jury considered the Internet definitions. . . . [The trial] court should have granted Appellants' motions for a new trial on the attempted first degree murder charge.

For some reason, the phrase “don’t try this at home” kept running through my mind when I was reading this case.

The other thing I kept thinking of was “why isn’t some kind of sanction imposed on these jurors?” I’m sure they acted with the best motives, but their misconduct voided the result (correctly, IMHO) in this trial, which means everyone involved (except these jurors) has to do it all over again. Nothing in the Court of Appeals’ opinion or the briefs or anything else I can find tells me how long the trial took, but it took some time and a lot of effort on the part of the judge, attorneys, witnesses and jurors.

It seems to me that some sanction should be imposed on the jurors who caused this. I did some (admittedly brief) Westlaw research, and only found one case in which a court sanctioned a juror for misconduct comparable to this. In Eaton v. State, 192 P.3d 36 (Supreme Court of Wyoming 2008), the Wyoming Supreme Court held that replacing a juror in a murder prosecution with an alternate was an adequate sanction for the juror's misconduct in independently viewing crime scene and reporting his observations to the other jurors. I don’t really see that as much of a sanction, I’m afraid.

A prosecutor might well think that there is little to be gained by pursuing jurors who commit misconduct. It's difficult to get a jury for a trial that runs a week or two, and the notion that the prosecution might be able to file charges against you (the prospective juror) would hardly encourage one to serve. And taking a quick glance at Arizona law, I'm not sure that there is any criminal statute that reaches the jurors' actions. Interfering with judicial proceedings (ARS 13-2810) doesn't seem right, and misconduct by a juror (ARS 13-2808) doesn't reach the conduct at all.

That's a really good point you make, I hadn't thought about that . . . i.e., about sanctions discouraging people from serving.

I could also see where a prosecutor wouldn't want to do that because it might not make the jurors who serve look kindly on him/her.

I wonder whether these rules which prohibit juror research really achieve much. One thing they might do, however, is help maintain the view that jurors are simpletons who are easily manipulated. Maybe we should want juries to conduct research.

I'd love to comment, but I clerked for a Justice of the Wyoming Supreme Court (not the author) at the time this opinion was issued.

You may want to correct the name, though: "Eaton."

Too bad you can't comment, Mackenzie . . . but thanks for pointing out the typo. I believe I fixed it.

I think the problem is that judges warn jurors not to do any outside research but do not explain the consequences if they do. Jurors don't really see the harm and are used to looking things up on the Internet so they do. Describing this case - where the trial had to be held a second time because the jurors ignored the judge's instructions might cause the jurors to be more compliant once they realize their time could be wasted if they don't follow directions. I clerked for a federal judge who explained much of what was going on to the jury. I think that such explanations - particularly where the rules don't seem to make much sense - are a good idea.

Of course, the judge can always hold the juror in contempt.