Software and the Transportation of Stolen Goods 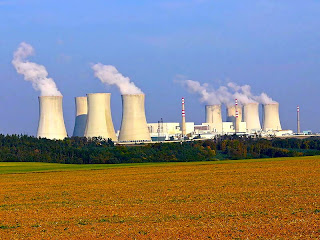 July 18, 2006 and October 10, 2006, in the District of Arizona and elsewhere, the defendant, MOHAMMAD REZA ALAVI, did unlawfully transport, transmit and transfer in interstate and foreign commerce from the State of Arizona to Iran, goods, wares and merchandise, that is, 3 KeyMaster software, of the value of $5, 000 or more. . . .

If you want to read more about the facts in the case, check out the Arizona Republic news story you can find here. It says Alavi was a U.S. citizen who for 16 years worked as an “engineer at Palo Verde Nuclear Generating Station” in Arizona and quit his job in August of 2006.

[A] month before giving his resignation notice, . . . Alavi bought a laptop computer and used it to download the 3KeyMaster software system.

The software is used to train employees . . . of nuclear reactors. It provides employees with emergency scenarios and instructs them to react with proper procedures. . . . [T]he system contains detailed information on the reactor control rooms as well as maps, drawings, schematics and designs of the power plant.

Authorities said Alavi asked a Palo Verde software engineer to recommend a laptop and help him obtain a user name and password to access the software system. Another employee saw Alavi with that laptop in the simulator room, with a 3KeyMasterand screen displayed. The employee didn't raise any alarms.

Arizona Republic story, supra. The story also says that Alavi bought a “one-way ticket to Tehran” on August 9 and his last day with the nuclear plant was August 14. It says he left the country two days later with his wife; that October, the 3KeyMaster “software system was accessed from a person using the Palo Verde user ID in Tehran.” Arizona Republic story, supra. It says the company which makes the software – "Western Services" of Maryland -- “had no idea Alavi had resigned from Palo Verde and did not try to restrict his access” to the software. According to the Arizona Republic story, no one from the plant told Western Services that “Alavi had quit his job at the power plant” and/or instructed the “software company to remove Alavi's user name or password from the company's Web site.” It says the FBI arrested Alavi in Los Angeles in April of 2007; he’s apparently been in custody since.

That’s a lot of background, but I think we need it to analyze the count this post is about. I quoted the allegations in Count 2 above; it charges Alavi with violating 18 U.S. Code § 2314, which provides as follows:

`[W]hoever transports, transmits or transfers in interstate or foreign commerce any goods, wares, merchandise, securities or money, of the value of $5,000 of more, knowing the same to have been stolen, converted, or taken by fraud [commits a crime].’

U.S. v. Alavi, 2008 WL 1971391 (U.S. District Court for the District of Arizona 2008). In 2008, Alavi filed a motion to dismiss Count 2 of the superseding indictment; this opinion contains the federal district judge’s ruling on the motion to dismiss.

shipments of bootleg phonorecords from Los Angeles to Baltimore and two shipments from Los Angeles to Miami. . . . [E]ach shipment included thousands of albums, each album contained performances of copyrighted musical compositions for the use of which no licenses had been obtained nor royalties paid, and the value of each shipment attributable to copyrighted material exceeded the statutory minimum [under § 2314].

U.S. v. Dowling, supra. Dowling appealed his conviction, and won. After reviewing the language and legislative history of § 2314, the Supreme Court held that interfering with

copyright does not . . . equate with theft, conversion, or fraud. . . . There is no dispute . . . that Dowling's unauthorized inclusion on his bootleg albums of performances of copyrighted compositions constituted infringement of those copyrights. It is less clear . . . that the taking that occurs when an infringer arrogates . . . another's protected work . . . fits the terms associated with physical removal employed by § 2314 .The infringer invades a statutorily defined province guaranteed to the copyright holder alone. But he does not assume physical control over the copyright; nor does he wholly deprive its owner of its use. . . . [I]nfringement plainly implicates a more complex set of property interests than does run-of-the-mill theft, conversion, or fraud.

U.S. v. Dowling, supra. The Court declined to address an alternate theory put forth by the prosecution because it wasn’t raised below; in this theory, the government claimed that Dowling and the other bootleggers obtained the copyrighted material on the records “through illicit means”, which they seem to have argued would constitute fraud.

Alavi seemed to have a pretty good argument under Dowling, but the prosecution fought back by citing the issue the Dowling Court didn’t address:

The United States does not allege that the software Alavi allegedly exported was stolen merely because [he] infringed an exclusive right of the copyright holder. The . . . theory is rather that Alavi illegally procured the software from his employer, the precise theory that the Supreme Court declined to consider in Dowling. This case does not present the abstract issue of whether rights can be stolen, but rather whether a software program itself can be stolen. The answer to that question is obviously yes. A computer program is as much a saleable commodity as an automobile, and can be physically stolen and transported across state and international lines.

U.S. v. Alavi, supra. Alavi, remember, claimed software “is merely intangible intellectual property and therefore does not qualify as `goods, wares or merchandise’ under” § 2314. U.S. v. Alavi, supra. The federal judge noted that since this argument “exceeds the holding in Dowling,” Alavi was also relying the U.S. Court of Appeals for the 10th Circuit’s decision in U.S. v. Brown, 925 F.3d 1301 (1991). According to this judge, Brown was

accused of stealing software source code from his employer. According to the [10th Circuit], Dowling made clear that `[t]he element of physical “goods, wares, or merchandise” in §2314 is critical. . . . It therefore held that `that the computer program itself is an intangible intellectual property, and as such, it alone cannot constitute goods, wares, merchandise, securities or moneys which have been stolen, converted or taken within the meaning of § 2314. . . . ‘

U.S. v. Alavi, supra (quoting U.S. v. Brown). The federal judge who has the Alavi case pointed out the error in the Brown court’s reasoning:

The [10th Circuit] overstates the significance of the word `physical’ in the Dowling decision. After Dowling, Congress amended § 2314 to include the term `transmits’ to `codify appellate court holdings that § 2314 is not limited to the physical transportation of stolen or fraudulently acquired money or property but also extends to the situation in which such proceeds are transmitted or transferred electronically in interstate or foreign commerce.’ 134 Cong. Rec. S17367, S17370 . . . .The amendment makes clear that items covered by § 2314 can exist in an electronic format when they are taken and transmitted; they need not take a physical form independent of any computer medium.

[T]he items unlawfully obtained and those eventually transported must be identical, `and hence some prior physical taking of the subject goods/ must have taken place to violate the statute. Dowling, supra. The United States alleges that Alavi physically stole the software program from his employer by loading it onto his computer, and then transported it in its electronic form on his laptop computer in interstate and foreign commerce. The item that Alavi allegedly physically stole, the software, is identical to the item that Alavi allegedly transported in interstate and foreign commerce, the software in electronic format. Count 2 therefore states a violation of 18 U.S. Code § 2314.

U.S. v. Alavi, supra. That, of course, didn’t mean Alavi had been, or would be, convicted of the charge; it simply meant that absent a plea, he’d have to go to trial on Count 2.

If you’d like to see a YouTube clip of a story about the case, you can find one here.

I don’t find any other cases – older or newer – that address the specific point at issue in this case . . . which seems pretty amazing. And since Alavi pled guilty to one of the counts he was sentenced on and apparently chose not to appeal his conviction on the other, the case ends here. In other words, an appellate court won’t be reviewing this decision to approve or disapprove it. And I can’t find any later cases that cite this one, at least not so far.