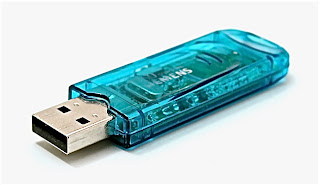 This post is about a case that raises two 4th Amendment issues – consent to seized and/or search property and exigent circumstances – in a rather unusual context.

As I’ve noted in earlier posts, both doctrines are exceptions to the 4th Amendment’s requirement that law enforcement officers obtain a search warrant before searching for and seizing evidence. As exceptions, they essentially stand-in for a warrant, i.e., the Supreme Court has found that each, in its own, way, provides enough protection for the interests the 4th Amendment is designed to preserve to make it “reasonable” to let officers proceed without getting a warrant. I’ll talk more about the exceptions later, after we get into the arguments that were made in this case.

The Cincinnati division of the [FBI] sent an investigative lead to Agent Hooton regarding emails containing child pornography which had been sent to [Elmer Smith’s] email address. . . . [Agents] Hooton and Wilson went to [Smith]'s home to follow up. . . [Smith] was not at home . . .but [his] wife, Deirdre, was. . . The agents explained they were investigating child pornography sent to her husband's email address. . . .

Hooton handed Mrs. Smith a consent to search form and requested her signature. [She] said she did not want to sign . . ., but after the agents told her they could not search . . . without her signature, she signed. . . .

The search was conducted by Campbell using ADF Triage, a forensic computer program. . . . [It] took about 45 to 50 minutes. . . . [it] was completed the agents discovered a thumb drive attached to the computer through a USB hub. The thumb drive had not been searched. . . . Mrs. Smith did not know anything about [it]. Initially, the agents asked [her] to keep [it] . . . . [A]fter the agents left . . . they reconsidered. . . The[y] were concerned that . . . [Smith] could destroy [it] remove any criminal images that might be there. [They] . . . asked Mrs. Smith's permission to take the thumb drive with them. [She] consented. . . .

[Smith] called Hooton. . . Hooton requested permission to search the thumb drive, which [Smith] denied. Hooton made an appointment to meet with [Smith] the next day to return the thumb drive. . . . [Smith] came . . . to get his thumb drive and consented to an interview. As a result of the interview, the. . . . agents obtained a search warrant for it.

The first issue was consent: Smith claimed his wife’s consent to searching the computer wasn’t voluntary. As I’ve noted in earlier posts, for consent to a search to be valid, it must be voluntary, i.e., must not have been coerced by law enforcement agents. Smith argued that because his wife was hesitant to consent at one point, her consent was coerced and wasn’t voluntary. U.S. v. Smith, supra. The U.S. Magistrate Judge who was assigned to decide whether Smith’s motion should be granted disagreed: He found the agents didn’t display weapons and told Mrs. Smith that she could refuse to consent and could terminate her consent once it was given. He found these and other circumstances rendered the consent voluntary. U.S. v. Smith, supra.

Smith argued that his wife (who said she didn’t “know what a thumb drive was”) didn’t have authority to consent to the seizure (consent works for seizures as well as for searches) of the thumb drive because she didn’t use it. U.S. v. Smith, supra. The Magistrate Judge didn’t agree: He noted that when “it was discovered, the thumb drive was attached to a USB hub next to the computer” and found that “[g]iven Mrs. Smith’s unlimited physical access to the thumb drive she had . . . authority to give it to the agents for safe keeping,” i.e., she could consent to its seizure. U.S. v. Smith, supra.

(I'm not sure that's right. In People v. Blair, 321 Ill. App.3d 373, 748 N.E.2d 318 (Illinois Court of Appeals 2001), an Illinois appellate court held that joint use and common access is enough to establish authority to consent to a search of property but it isn't enough to consent to a seizure of property. This court said that the seizure of property "is lawful only when the owner of the property consents" to its seizure. People v. Blair, supra. I think that makes sense, for reasons the court explains in its opinion. If we go with Blair, then, the court would have to decide if she "owned" the thumb drive.)

The agents apparently decided at the scene that she didn’t have authority to consent to a search of the thumb drive, which is why they didn’t search it until they’d gotten a warrant. U.S. v. Smith, supra. The Magistrate Judge found that this procedure satisfied the 4th Amendment and rejected Smith’s consent arguments. U.S. v. Smith, supra.

Even though the court had found that Mrs. Smith had the authority to consent to the seizure of the thumb drive, it also addressed the government’s (alternate?) argument that “there were exigent circumstances to seize the thumb drive.” U.S. v. Smith, supra. As I noted last year, this exception lets police seize property without a warrant when getting a warrant could result in the evidence’s being destroyed. Here’s how the Magistrate Judge ruled on the applicability of the exception here:

To establish exigent circumstances due to possible destruction of evidence there must be probable cause to suspect evidence is present. . . . When agents searched [Smith’s] computer they found two images of child pornography. The computer data showed the images had been created the week before the search. . . . [T]he thumb drive was connected to the computer through a USB hub. In the agents' experience, child pornography is often stored on thumb drives. The . . . agents had probable cause to believe evidence was present on the thumb drive. Given the ease with which evidence could be altered or destroy on the thumb drive, its seizure was justified based upon exigent circumstances.

U.S. v. Smith, supra. That brings us to the “inadvertence” issue. Here’s how it arose:

William Hajeski Jr. was a member of the FBI's Computer Analysis Response Team . . . He was assigned the task of analyzing the thumb drive. . . . His objective with the thumb drive was to create a mirror image of the media and retrieve any images or video from the duplicate. Hajeski discovered the drive was encrypted and could not access any data on it. Campbell provided a password from [Smith], but Hajeski still was unable to get into the drive. Using a second password, he was no longer receiving the wrong password message but it did not decrypt the drive. During this process, he was using write block software. His . . . efforts to access the data on the drive were unsuccessful. He then attempted to write protect the data using specially designed hardware. Again, his attempt failed. He entered the password without write protection and added the write protection before attempting to access the data, but this also failed. Because none of the procedures provided access to the drive, Hajeski decided to obtain an image of the drive without write protection. Consequently, all of the relevant access dates on the thumb drive were changed to reflect the search date as the last access date. The prior access dates cannot be recovered.

U.S. v. Smith, supra. Smith moved for dismissal of the indictment “due to destruction of evidence.” U.S. v. Smith, supra. He was making a due process argument, but a law enforcement failure to preserve “potentially useful evidence” does not constitute a denial of due process of law unless the defendant shows “bad faith on the part of the police”. Arizona v. Youngblood, 488 U.S. 51 (U.S. Supreme Court 1989).

Smith apparently presented the testimony of his own expert in an effort to establish bad faith, but the Magistrate judge noted that the expert “had no opinion on whether . . . Hajeski . . . made a deliberate mistake or that the changing of the access dates was inadvertent.” U.S. v. Smith, supra. The Magistrate Judge found that “[a]t best, [Smith] has established the government destroyed the access dates negligently.” U.S. v. Smith, supra. Since the “negligent destruction of evidence does not violate due process”, he found that Smith’s motion to dismiss the indictment should not be granted. U.S. v. Smith, supra.

Posted by Susan Brenner at 5:56 AM

This guy was stupid and deserved to go to jail.

People - DO NOT EVER GIVE THE COPS YOUR PASSWORDS!!!