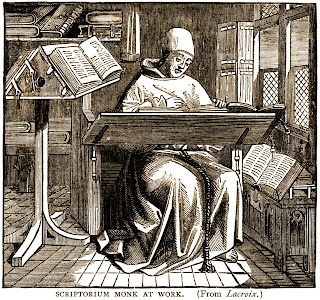 A jury convicted Paul Windsor of 5 counts of sexual exploitation of a minor in violation of Arizona Revised Statutes § 13-3553(A)(1). State v. Windsor, supra. After being ordered to serve “consecutive sentences totaling fifty years' imprisonment”, he appealed, claiming “the evidence was insufficient to support his convictions.” State v. Windsor, supra.

Before we get into the facts that let to Windsor's being charged and convicted, we need to address the crime with which he was charged. Section 13-3553(A)(1) of the Arizona Revised Statutes states that

[a] person commits sexual exploitation of a minor by knowingly . . . [r]ecording, filming, photographing, developing or duplicating any visual depiction in which a minor is engaged in exploitive exhibition or other sexual conduct.

Here’s how the Court of Appeals summarized the facts that led to Windsor’s being charged with violating this provision:

One morning in January 2006, staff at a public computer facility located in a University of Arizona library received more than fifty, automatically generated, virus-alert messages from one of the facility's computers over the course of several minutes. After a staff member remotely rebooted that computer, another computer began sending similar virus-notification messages. The staff member remotely viewed its screen and saw `sexually suggestive’ pictures of children. He then rebooted the computer, `hoping that the [user] would leave.’

When the second computer continued to send the virus-alert messages, staff members once again remotely accessed its screen and observed that the user was opening the images in a graphics program. A staff member called university police officers, who arrived and found Windsor sitting at the computer with pornographic photographs of children on the screen. Subsequent forensic analysis revealed Windsor had downloaded the images from a remote Internet site and saved them in a shared file on the computer's hard drive. He was later indicted, arrested, and convicted as outlined above.

The Court of Appeals began its opinion by noting that the

sole issue on appeal is whether Windsor’s conviction was supported by sufficient evidence. We will not reverse a conviction unless the state has failed to present substantial evidence of guilt. Substantial evidence is `more than a mere scintilla’ and is proof that reasonable persons could accept as convincing beyond a reasonable doubt. State v. Nunez, 167 Ariz. 272, 278, 806 P.2d 861, 867 (1991).

State v. Windsor, supra. As noted above, the statute Windsor was convicted of violating criminalizes “[r]ecording, filming, photographing, developing or duplicating any visual depiction in which a minor is engaged in exploitive exhibition or other sexual conduct.” Arizona Revised Statutes § 13-3553(A)(1).

Windsor didn’t dispute that the images he accessed were child pornography. State v. Windsor, supra. He made a different argument: He claimed his downloading the images didn’t constitute recording, filming, photographing, developing or duplicating them. State v. Windsor, supra. In making this argument, he relied on the Court of Appeals’ decision in State v. Paredes-Solano, 223 Ariz. 284, 222 P.3d 900 (Arizona Court of Appeals 2009). In Paredes-Solano, the Arizona Court of Appeals held that § 13-3553(A)(1) was “intended to punish different kinds of harm”; that is, the court held that the various terms included in the statute each criminalized a different type of activity and a different “harm” associated with that activity. See Paredes-Solano, supra.

convictions cannot be sustained unless the state presented sufficient evidence Windsor engaged in one of the activities proscribed in § 13-3553(A)(1). Because it is undisputed Windsor did not record, film, photograph, or develop any image, the validity of his conviction turns on whether downloading pictures from a remote Internet site constitutes `duplicati[on]’ for the purposes of this statute. When called upon to interpret a statute, we consider its plain language, giving meaning to each word and phrase `”so no part is rendered void, superfluous, contradictory or insignificant.”’ State v. Larson, 222 Ariz. 341, 214 P.3d 429 (Arizona Court of Appeals 2009) (quoting Pinal Vista Props., L.L.C. v. Turnbull, 208 Ariz. 188, 91 P.3d 1031 (Arizona Court of Appeals 2004).

At trial, the state's computer expert testified that downloading involves using the Internet to copy a file from a remote computer, a description consistent with the way courts have construed the term. See, e.g., Metro-Goldwyn-Mayer Studios, Inc. v. Grokster, Ltd., 545 U.S. 913 (2005) (downloaded files copied from servers or directly from peer-to-peer network); United States v. Sullivan, 451 F.3d 884 (U.S. Court of Appeals for the D.C. Circuit 2006) (`every time one user downloads an image, he simultaneously produces a duplicate version of that image’). . . .

As Windsor points out, the word `duplicate’ is not defined in the criminal code. The general dictionary definition of that word . . . is `to make an exact copy of.’ Webster's Ninth New Collegiate Dictionary 389 (1991). Accord The American Heritage Dictionary 430 (2d college ed.1982) (`[t]o make an identical copy of’. . . . Based solely on the plain meanings of the terms `download’ and `duplicate,’ it would appear that one who downloads an image from a remote computer or computer server has duplicated it for the purposes of § 13-3553(A)(1).

[H]e argues that because `duplicating’ is used in § 13-3553(A)(1), it must refer to the `creation or production of a new image,’ and the act of downloading is more analogous to the receipt or distribution of an existing image described in § 13-3553(A)(2) than to the creation of a new one. But he does not explain how creating an electronic copy of an image is so significantly different from making any other type of duplicate that it should be treated differently under the law. . . .

Windsor also cites Oregon and Washington statutes similar to § 13-3553(A) and out-of-state cases in which courts upheld the convictions of defendants who had reproduced pornographic images. It appears his intent is to show that other states do not regard the act of downloading an image as `duplicati[on]’ for the purposes of their respective statutes. But none of the decisions he cites stand for this proposition or even include discussion of this issue. State v. Dimock, 174 Or. App. 500,, 27 P.3d 1048 (2001, involved a defendant who undisputedly used electronic mail (e-mail) to transmit pornographic images. State v. Knutson, 64 Wash. App. 76, 823 P.2d 513 (1991), did not involve computers at all, but rather photographs the defendant had enlarged and reproduced. And the defendants in State v. Betnar, 214 Or. App. 415, 166 P.3d 554 (2007) and People v. Hill, 269 Mich. App. 505, 715 N.W.2d 301 (2006), had duplicated images by placing them on compact discs. That other courts have sustained convictions for acts that would also violate our statute is not germane to Windsor's claim that downloading is not duplicating.

interpreting the word `duplicati[on]’ in § 13-3553(A)(1) to include downloading would render superfluous the terms `receiving,` `electronically transmitting,` and `possessing,’ that appear in § 13-3553(A)(2) . Although he does not specifically explain how these words would become meaningless if downloading constitutes duplication, we infer that Windsor's primary concern is the term `electronically transmitting.’ But there are a number of ways electronic transmission could entail acts other than downloading, such as using e-mail to send an image or broadcasting streaming video over the Internet. Additionally, we are unconcerned that a defendant who downloaded an image could be found both to possess and to have duplicated it-a possibility faced equally by anyone who knowingly copies proscribed images in any form.

State v. Windsor, supra. As to the evidence, the Court of Appeals noted that

[a]t Windsor's trial, an FBI computer forensics expert testified that downloading a file from the Internet involves copying the file to a user's computer hard drive. And Windsor did not contest that he was responsible for downloading the recovered image files.

because the state presented evidence that, by downloading these images, Windsor intentionally had copied them onto the computer, his conviction for duplicating an exploitative visual representation of a child in violation of § 13-3553(A)(1) was supported by substantial evidence.

Posted by Susan Brenner at 8:00 AM