Contempt and the Demise of "Virtual Presence" 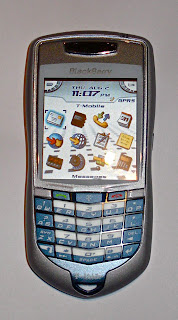 This is a follow-up to a post I did about a month ago. That post dealt with Chicago U.S. District Court Judge Robert Gettleman’s holding a litigant in criminal contempt for basically having a spam email attack launched at the judge.

When I wrote that post, the litigant – Kevin Trudeau – had appealed Judge Gettleman’s order to the U.S. Court of Appeals for the 7th Circuit. The appeal had been argued but not yet decided.

Here, according to the 7th Circuit, is what prompted Judge Gettleman to hold Trudeau in criminal contempt:

Trudeau . . . exhorted his devoted radio audience to send e-mails on his behalf to the court e-mail address of the district judge presiding over his case; he posted the radio broadcast on his web site, and followed it up with an e-mail blast asking his e-mail list to send e-mails to the judge. The district judge had not asked for any letters and . . . had not (he thought) made his e-mail address publicly available (it turns out Northwestern University Law School had listed it on its web site; the judge is an adjunct professor there). He was, therefore, surprised to see e-mail after e-mail come pouring into his inbox. He was also nervous. Most of the e-mails were polite and enthusiastic . . . but some had threatening overtones. . . . The judge alerted the marshal to the e-mails coming to his account, and the marshal performed a threat assessment to determine whether the judge was in danger. The judge received over 300 e-mails within a span of 36 or so hours.

Once the judge began to understand that all these e-mails were arriving at Trudeau's behest, he summoned Trudeau's lawyer . . . into court the next morning without explaining why. At that morning's session, the judge notified Trudeau's counsel that [he] could be facing a criminal contempt sanction and ordered Trudeau to appear that afternoon. He also instructed Trudeau's counsel to have Trudeau make the e-mails stop. Before he showed up later that day, Trudeau sent an e-mail to his listeners asking them to cease e-mailing the judge. Still, the judge summarily found Trudeau guilty of criminal contempt and, a week later, imposed the 30-day sentence.

F.T.C. v. Trudeau, supra. In my last post, I explained what contempt is and what the difference is between civil and criminal contempt, so I won’t repeat all that here.

The 7th Circuit began its ruling on his arguments by noting that the federal criminal contempt statute – 18 U.S. Code § 401 – gives a court “the authority to punish by imprisonment `misbehavior of any person in its presence or so near thereto as to obstruct the administration of justice,’ . . . and `disobedience or resistance to its lawful writ, process, order, rule, decree, or command’”. F.T.C. v. Trudeau, supra (quoting § 401). (I quoted the provisions of § 401 in my prior post, if you’re interested.)

The 7th Circuit noted that conduct that violates § 401 “is a crime” and those who commit such a violation are “convicted through normal criminal process.” F.T.C. v. Trudeau, supra. It also noted that – as I explained in my prior post – the procedures for holding someone in criminal contempt are set out in Rule 42 of the Federal Rules of Criminal Procedure: Rule 42(a) “outlines the ordinary procedures necessary for a finding of criminal contempt”, while Rule 42(b) “allows for the summary punishment of direct criminal contempt.” F.T.C. v. Trudeau, supra. (I described the provisions of Rule 42 in my prior post, if you want to check them out there.)

As I also noted, a major issue in this appeal was whether the allegedly contemptuous conduct occurred in Judge Gettleman’s “presence.” F.T.C. v. Trudeau, supra.

The judge found the `presence’ condition satisfied because he could read the e-mails on the court's computers . . .and his PDA which he carried with him so that he was `always in communication’ with the court. . . . We resist the . . . suggestion that . . . `presence’ should be expanded to reach beyond the judge's actual, physical presence. . . . Rule 42(b) specifically requires that the judge `saw or heard the contemptuous conduct’. . . . This requirement indicates that the act itself must be committed in the judge's presence; that its effects are felt by the district judge is insufficient to justify summary disposition. . . .

F.T.C. v. Trudeau, supra. The 7th Circuit explained why this interpretation of the “presence” requirement was appropriate given what happened in this case:

Despite his statement that he relied on no extrinsic evidence to find Trudeau in contempt, the judge had to do research to figure out why he was getting Trudeau's e-mails. He (or his staff) went on Trudeau's web site, had his court reporter transcribe the broadcast, and entered the e-mails, web site posting, and broadcast into the record. . . . This level of fact-finding renders summary disposition improper: the justification for summary process is that because he witnessed the contemptuous conduct, the judge knows all he needs to know in order to punish the defendant. . . .

The judge put Trudeau in something of a bind . . . when he said, `. . . . I want to make sure that it's clear. Mr. Trudeau concedes that he did, in fact, cause these e-mails to be sent.’ The context of the statement makes clear that the judge was expecting Trudeau to concede his guilt at this point. . . . [U]nder the summary contempt procedure, there should be no need to put the question to the defendant; the judge must have seen or heard the contemptuous conduct. . . . Summary disposition was an abuse of discretion.

It noted that the amicus’ argument was based on the premise that “urgency attenuates the necessity of actual presence” and that the amicus relied in part on the fact that the judge was “compelled to ask the marshal to undertake a threat assessment.” F.T.C. v. Trudeau, supra.

For example, in what we could view as the typical direct contempt case -- an obstreperous litigant at trial who will not heed the court's instructions and brings the trial to a halt -- the need for the litigant's compliance in order to continue the proceedings is urgent; . . . there is an urgent need to punish the litigant quickly so the proceedings may resume.

As I mentioned earlier, the 7th Circuit therefore vacated the contempt citation and the sentence imposed on Trudeau. F.T.C. v. Trudeau, supra. It noted that it was not saying “there should be no consequence for Trudeau’s actions, only that absent a compelling reason for summary disposition,” Trudeau is entitled to “the normal array of procedures under Rule 42(a).” F.T.C. v. Trudeau, supra. It in fact remanded the case to Judge Gettleman “for further proceedings according to “ 18 U.S. Code § 401, Rule 42(a) “and this opinion.” F.T.C. v. Trudeau, supra. As I noted in my last post, what that means is that Trudeau could still be held in contempt if Judge Gettleman refers the matter to a prosecutor who pursues it as what it is, a crime.