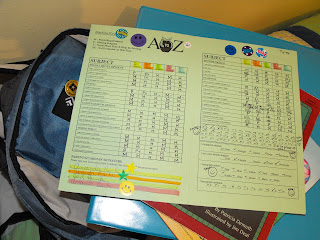 Maybe you’re familiar with the Ratemycop.com website. It’s been around for . . . what? . . . several years, I think. Here’s how the site describes itself:

RATEMYCOP.com is a privately-held company based in Los Angeles. The website allows registered users to leave written feedback about their interactions with police officers, and rank the officer's service based on three criteria: Professionalism, Fairness and Satisfaction.

You apparently have to register with the site in order to be able to leave feedback about an officer or officers (at least, that’s what the site is telling me). When I checked it out, the site said 29 people were online; I have no idea if that’s an average use figure or, as I suspect, might be small since I was checking during the workday.

Anyway, enough preface. This post is about a case – a civil suit – in which the Ratemycop.com website played a central role.

The case is Brayshaw v. City of Tallahassee, Fla., 2010 WL 1740832 (U.S. District Court for the Northern District of Florida 2010), and this, according to the complaint that initiated the case, is how it arose:

In 2008, Robert Brayshaw posted a series of comments about Tallahassee Police Officer Annette Garrett on . . . Ratemycop.com. . . . [Brayshaw] posted the following on the website on March 31, 2008:


The information about Officer Garrett was truthful and publicly available. Following this posting, the Tallahassee Police Department opened an investigation and subpoenaed records from Ratemycop.com and [Brayshaw]'s internet provider, leading to [Brayshaw]'s arrest in May of 2008. [Brayshaw] was charged by the State with a violation of Fla. Stat. § 843.17. . . .

On December 9, 2008, the state dismissed the charge against [Brayshaw] by entering a nolle prosequi. The charge was re-filed less than two weeks later. On April 15, 2009, the charge was dismissed with prejudice due to the State’s failure to comply with the speedy trial requirements of Fla. R. Crim. P. 3.191. [Brayshaw] claims he desires to again publish truthful information regarding the addresses and phone numbers of Tallahassee police officers, but has refrained from doing so because of fear of being arrested and prosecuted again.

Any person who shall maliciously, with intent to obstruct the due execution of the law or with the intent to intimidate, hinder, or interrupt any law enforcement officer in the legal performance of his or her duties, publish or disseminate the residence address or telephone number of any law enforcement officer while designating the officer as such, without authorization of the agency which employs the officer, shall be guilty of a misdemeanor of the first degree. . . .

Brayshaw, of course, argued that § 843.17 violated the 1st Amendment and was therefore unconstitutional and unenforceable. The federal judge to whom the case was assigned began his analysis of this issue by noting that a “challenge to a statute on First Amendment grounds requires that I first consider whether the speech . . . is protected by the United States Constitution.” Brayshaw v. City of Tallahassee, supra. He concluded that postings on Ratemycop.com was protected by the 1stBrayshaw v. City of Tallahassee, supra. Amendment.

The judge reached that conclusion after dismissing the defendant’s arguments that the speech was not protected because it was, alternatively, a “true threat” or was not protected “because it is not media publication of a matter of public significance” under the Supreme Court’s decisions in Florida Star v. B.J.F., 491 U.S. 524 (1989) and Smith v. Daily Mail Pub. Co., 443 U.S. 97 (1979). Brayshaw v. City of Tallahassee, supra. As to the first issue, the judge found that simply

publishing an officer's phone number, address, and e-mail address is not in itself a threat or serious expression of an intent to commit an unlawful act of violence. . . . nor was there any threat of violence made by [Brayshaw] in conjunction with his posting of Officer Garrett's address and phone number. Furthermore, unlike the cross-burning proscribed in Virginia v. Black, [538 U.S. 343 (2003),] publishing personal information of police officers does not have a `long and pernicious history as a signal of impending violence’ which would allow me to regard it as a `true threat.’ Merely publishing an officer's address and phone number, even with intent to intimidate, is not a `true threat’ as defined in constitutional law jurisprudence.

Brayshaw v. City of Tallahassee, supra. The judge also dismissed a related argument made by the defendant:

Similarly, the speech prohibited by § 843.17 -- addresses and telephone numbers of police officers -- are not `fighting words’ or incitements to imminent lawless action. . . . Defendant cites no authority for the proposition that truthful, lawfully-obtained, publicly-available personal identifying information constitutes any mode of constitutionally proscribable speech. Rather, disclosing and publishing information obtained elsewhere is precisely the kind of speech that the First Amendment protects.

Brayshaw v. City of Tallahassee, supra. He also dismissed the defendant’s argument that the speech encompassed by § 843.17 because it is not “media publication of a matter of significant public interest”:

The publication of truthful personal information about police officers is linked to the issue of police accountability through aiding in achieving service of process, researching criminal history of officers, organizing lawful pickets, and other peaceful and lawful forms of civic involvement that publicize the issue. Furthermore, [Brayshaw] as an individual is afforded no less rights than those afforded to the media, nor is the level of First Amendment scrutiny altered by the fact that the internet was the medium used by [Brayshaw].

Having found that the speech targeted by § 843.17 was protected by the 1st Amendment, the judge considered whether the statute was unconstitutional. Brayshaw v. City of Tallahassee, supra.

Brayshaw v. City of Tallahassee, supra. The judge held that the statute was not narrowly tailored to address such an interest:

While the state interest of protecting police officers from harm or death may be compelling, § 843.17 not narrowly tailored to serve this interest. [It] fails to require there be a credible threat of danger to the officer, and thus fails to proscribe `true threats.’ The statute is therefore both underinclusive and overinclusive. It is overinclusive in proscribing speech that is not a true threat. It is underinclusive both in its failure to prohibit dissemination of the same information by other entities to third-parties who do intend to harm or intimidate officers, and in its failure to punish parties who actually wish to harm or intimidate police officers and obtain the officer's identifying information. . . . Furthermore, punishing [Brayshaw] for his dissemination of information which is already publicly available is relatively unlikely to advance the interests claimed by the State. . . . Because § 843.17 is not narrowly tailored to the state's interest, it is unconstitutional on its face.

So Brayshaw – and, by implication, Ratemycop.com – won. Section 843.17 can’t be used to prosecute someone who posts information on the site; and if it were to become necessary, Ratemycop.com or someone in Brayshaw’s situation could use this decision to challenge the constitutionality of a similar statute in another state. California has such a statute: California Penal Code § 146e. And Washington has a statute that makes it illegal (I’m not sure if it’s a crime or not) to post personal information online that concerns a “peace officer, corrections person, justice, judge, public defender, or prosecutor” if posting the information “poses an imminent and serious threat” to that person’s safety or the safety of their family. Washington Revised Code § 4.24.680(1).

The Washington statute is that state’s second try at this issue. In 2003, in Sheehan v. Gregoire, 272 F. Supp.2d 1135 (U.S. District Court for the Western District of Washington), a federal district court judge held that an antecedent version of § 4.24.680 violated the 1st Amendment for pretty much the same reasons the Florida statute did. The Florida federal judge cited this case in striking down the Florida statute. The statute struck down in the Sheehan case didn’t have the “imminent and serious threat” element in it; I’m sure that was added to the new statute in an attempt to avoid its being held to violate the 1st Amendment. I can’t find any reported cases that involve the use of this new statute, so I don’t know if it will withstand a constitutional challenge or not.

I just received an email from Rob Brayshaw in which he says the state isn't appealing the ruling in this case, so it stands as final.

He also sent a like to the story Wired published about this story today:

I hope that it works out for Rob no matter what happens. Maybe it's for the better even if the state doesn't give him the appeal. Why are they making such a big deal about it? I've heard of people getting away with much worse.

Agreed. Rob Brayshaw is a mental case in need of medication. Spend just 10 minutes and you can see his obsession with himself. Much of his site is dedicated to discussions addressing himself in the third person. A very sad, broken, impotent individual.

The same person obviously making the Anonymous comments above isn't stating the facts in which it is likely Officer Garrett or one of her friends.

Rob Brayshaw was falsely arrested under an unconstitutional law that didn't even apply to any crime. People can legally publish things if they wish to do so and spend their time however they like.

Stalking is certainly not based on exposing crooked police officers with the Tallahassee Police Department in which they violate constitutional and civil rights. Stating Stalking is a far cry from the truth when dealing with public officials in which the public has the right to expose their public servants when they aren't living up to the public trust or public standards.

Interesting how an officer can state someone is a mental case when they are the ones with a stack of complaints and lawsuits from the public. This is while they people they arrest are found of bogus charges and unconstitutional laws were used that don't even apply.

Writers are often considered eccentric but "mental case" is a ridiculous statement when you face the facts of police corruption for an unconstitutional law that doesn't apply while someone decided to exercise their constitutional rights as they wish to do.

Before people start reading falsities above by Anonymous because they don't like being exposed as the corrupt cop that they are, people should really look into the complaints and lawsuits against this officer. You would have to be a very corrupt police officer to illegally put someone in jail just because they published your address as shown in the above court order. This isn't the only complaint from citizens against this crooked cop.