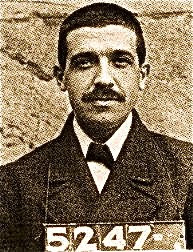 This post is about a sentencing issue that arose in a federal cybercrime case. Before I get to the case itself, I need to provide a little background on federal sentencing law and practice.

As Wikipedia explains, the federal government uses what is known as guideline sentencing.

In the Sentencing Reform Act of 1984, Public Law 98-473, Congress adopted a different approach to determinate sentencing: guideline sentencing. That’s the system the federal government (and most states) use now. In the CRS report, you can read about how the federal sentencing guidelines have evolved since. My goal here is simply to outline how they work.

As the CRS report explains, there are three types of departures: substantial assistance departures (you get a break on your sentence because you provided the prosecution “substantial assistance” on a case or cases); upward departures (enhancements . . . your baseline sentence can be increased based on certain factors) and downward departures (your baseline sentence can be reduced based on other factors). If you want to know more about how all of that works, check out the CRS report or the U.S. Sentencing Commission’s website.

In February 2003, [Kermit Kingsley] Hall asked his real estate agent, Heidi Jenkins, to register two trusts, the Kingsley Trust and the Axiom Trust, in Texas. Jenkins registered the two trusts on the same date, at the same courthouse, and with the same business address. Jenkins also opened a bank account for the Axiom Trust at Hall's request. Hall hired Jenkins to serve as the Axiom Trust's trustee, and Jenkins had authority to sign for deposits and withdrawals on the bank account.

Hall began soliciting investors for the Axiom Trust, which Hall falsely trumpeted as a large repository for real estate assets. Hall invited potential investors to purchase $75,000 units of beneficial interest in the Axiom Trust. . . . Hall told prospective investors the face value of the Axiom Trust's shares was guaranteed and the shares would earn high rates of interest. . . .

Hall convinced J.B., T.J., and others to invest in the Axiom Trust. J.B. traded Hall a 10,080 square foot chateau for twenty-seven shares. J.B. was eager to sell the home because his eldest son had recently died and it was painful for his family to continue to live there. T.J. gave Hall $65,000 in exchange for one share. T.J. was trying to help find investors to help him build a church, and Hall told T.J. he would be willing to build the church if T.J. helped Hall `free up funds’ to send to someone in France.

Hall frittered away all of the Axiom Trust's assets. . . . J. asked Hall many times to return his money. Hall repeatedly rebuffed T.J.'s efforts. . . .

In January 2006, Hall met Joseph Cooper, a certified public accountant in St. Louis. . . With the promise of a $300,000 annual salary, Hall hired Cooper to serve as the Kingsley Trust's accountant and later as trustee. At Hall's direction, Cooper and David Jarman, a local financial advisor whom Hall had appointed as a trustee of the Kingsley Trust, opened bank accounts in the St. Louis area for the Kingsley Trust. Cooper and Jarman became the accounts' signatories, but Hall controlled the funds.

U.S. v. Hall, supra. There’s actually a lot more, but you get the idea. As the result of the investigation, Hall was charged with 1 count of mail fraud and 2 counts of wire fraud; he went to trial and was convicted on all counts. U.S. v. Hall, supra.

Hall argues the district court erred in applying the mass-marketing enhancement because his victims would have `invested’ in the Kingsley Trust notwithstanding its website. Hall maintains he did not commit any fraud through mass marketing because it was his force of personality and connections with a trusted local accountant, financial advisors, and others-not the Kingsley Trust's website-that convinced his victims to part with their money. Hall also proposes the record contains little evidence his victims visited the website.

U.S. v. Hall, supra (emphasis in the original). The U.S. Sentencing Guidelines, which create the enhancement, define mass-marketing as including fraudulent schemes (Hall was convicted of 3 counts of fraud) “conducted through solicitation by . . . the Internet . . . to induce a large number of persons to . . . invest for financial profit.” U.S. Sentencing Guidelines § 2B 1. 1, cmt. n. 4(A). The U.S. Court of Appeals found that the district judge did not err in applying the enhancement to Hall’s sentence:

Even if we assume the Kingsley Trust's website did not convince any of Hall's victims to invest and was not widely viewed, the district court nonetheless did not err in applying the . . . enhancement. In amending § 2B 1. 1, the United States Sentencing Commission stated it intends the . . . enhancement `to apply in cases in which mass-marketing has been used to target a large number of persons, regardless of the number of persons who have sustained an actual loss or injury.’ U.S.S.G. app. C, amend. 617 (Supp.2003). The fact that few people fell into Hall's virtual trap has little relevance . . . so long as Hall attempted to use the Kingsley Trust's website to solicit funds from a large number of persons. . . . The . . . enhancement applies regardless of whether, in a hypothetical world, Hall could have successfully solicited his victims employing the more traditional arts of persuasion. . . . The mere fact Hall operated a website devoted to the solicitation of investments in his fraudulent scheme is sufficient. . . [He] does not dispute . . . that the Kingsley Trust's website was fully accessible to millions of persons worldwide via the Internet. . . .

`[M]ere use of a website is not sufficient to trigger’ a mass-marketing enhancement. . . . Hall did more than merely use a website. Hall's website was not intended to be a garden-variety website: Jarman testified he worked over 1,000 hours on the website, for which Hall promised to pay him $50,000. Hall placed `a billboard on the information superhighway’ to advertise his fraudulent scheme. Soliciting investments in the Kingsley Trust `was not a minor part of [the] website’ but `the very reason the site existed.’

Other courts have reached the same conclusion as to the enhancement’s applicability when the government doesn’t tie it to actual victims. See U.S. v. Zein, 2009 WL 4884973 (U.S. District Court for the District of Michigan 2009). It’s consistent with the definition of mass-marketing quoted above and an Application Note the U.S. Sentencing Commission included in the Guidelines to help judges apply them. Both note that mass-marking involves the “solicitation by telephone, mail, the Internet, or other means to induct a large number of persons to” buy things, participate in a content or “invest for financial profit.” The purpose, then, is to impose heavier penalties on those who try to use websites to enhance their pool of victims, as well as those who actually do.

(The photo, in case you’re wondering, is of Carlo Ponzi, as in Ponzi scheme.)