Administrative Subpoenas and the 4th Amendment 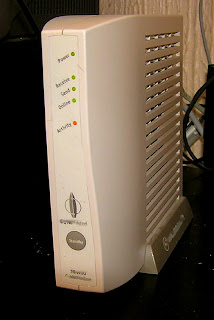 This post is about a recent decision from the U.S. Court of Appeals for the 4th Circuit that addressed the use of administrative subpoenas in online investigations.

In an effort to identify `markie,’ the FBI served an administrative subpoena on Yahoo, requesting the subscriber information `markie’ had entered into the Yahoo website when he opened his account, and the internet protocol `IP’) addresses . . . associated with the user's uploads to the Yahoo website.

Once Yahoo provided . . . this information, Zack plugged the IP addresses into a free, public website that directed him to the internet service provider associated with those addresses, UUNET Technologies. The FBI issued a subpoena to UUNET asking for information on the customer associated with the IP addresses. After receiving . . . an email address and telephone number -- which indicated . . . `markie’ had used a phone-based dial-up service . . . to access the internet -- Zack subpoenaed the phone and internet companies that operated the dial-up service. Drawing from their `subscriber information’ records, these companies provided Zack with [Marques] Bynum's name and the physical address from which the uploads emanated: the Charlotte, North Carolina home of Bynum's mother.

On September 22, 2003, Zack entered the chat group again and observed a third upload from `markie’. . . . Zack accessed `markie's’ profile information, which . . . identified him as a 24-year-old single male living in North Carolina who `want[s] to chat with any cute girls that live close by thats [sic] up for a little fun.’ The profile also included a photo of Bynum.

The FBI used this information to prepare an affidavit in support of a search warrant of the Bynum home. A federal magistrate judge issued the warrant and, during the . . . search that followed, the FBI found a laptop computer in a bedroom that the agents recognized as the background for Bynum's profile photo. A subsequent search of the computer revealed the images and video Zack had earlier found uploaded online, as well as 5,074 photos and 154 videos of child pornography.

U.S. v. Bynum, supra. Bynum was indicted on 3 counts of transporting child pornography in interstate commerce (by uploading it to Yahoo's out-of-state servers on three dates) in violation of 18 U.S. Code § 2252A(a)(1) and on 1 count of possessing child pornography that had moved in interstate commerce in violation of 18 U.S. Code § 2252A(a)(5)(B). U.S. v. Bynum, supra. He went to trial, was convicted on all counts and appealed.

Subpoenas can be issued by a judge (judicial subpoena) or by an agency (administrative subpoena). As Wikipedia notes, a subpoena is an order that is issued to someone – or something – directing the recipient to show up and testify and/or to produce evidence to the court or agency that issued the subpoena. A subpoena differs from a search warrant in that it (i) doesn’t have to be based on probable cause; and (ii) isn’t executed by a law enforcement officer. Subpoenas that order the production of evidence therefore don’t have to be based on probable cause because they are a “far less intrusive” method of gathering evidence than are search warrants. U.S. v. Vilar, 2007 WL 1075041 (U.S. District Court for the Southern District of New York 2007). Courts have also found that probable cause is less important in this context because the recipient of a subpoena can go to court and try to have it quashed, i.e., try to have it declared unenforceable. U.S. v. Bailey, 228 F.3d 341 (U.S. Court of Appeals for the 4th Circuit 2000).

Courts have emphasized that while warrants are executed by law enforcement officers – who come to a person’s home or office and rummage through things looking for evidence – subpoenas are executed by the subpoena recipient. In the Bynum case, the phone and Internet companies received the subpoenas, conducted their own search for evidence responsive to the subpoenas, compiled the evidence and gave it to the FBI. Since the subpoena dynamic isn’t as intrusive as the warrant dynamic, courts have held that subpoenas don’t have to be based on probable cause and conform to MOST of the other requirements the 4th Amendment imposes on warrants. Courts have imposed a requirement of “reasonableness” on subpoenas. As one court noted, the 4th Amendment “requires only that a subpoena be sufficiently limited in scope, relevant in purpose, and specific in directive so that compliance will not be unreasonably burdensome.’” Becker v. Kroll, 494 F.3d 904 (U.S. Court of Appeals for the 10th Circuit 2007).

That brings us back to Bynum. This is Bynum’s argument as to why the administrative subpoenas issued in his case violated the 4th Amendment:

The FBI compelled the secret production of records by Yahoo, Uunet, Netzero, and BellSouth, by using administrative subpoenas issued by the FBI. These subpoenas informed the recipient not to disclose the subpoena to anybody, thereby preventing an accountholder from seeking to challenge the subpoena. . . .

By keeping the subpoena a secret, the `reasonableness of an administrative subpoena's command’ cannot be contested in federal court before being enforced, and thus is in direct contravention of the `Fourth Amendment's general reasonableness standard.’ . . . See Amy Goodman and David Goodman, America's Most Dangerous Librarians, Mother Jones, September/October 2008 p. 42-43.

Bynum's . . . contention is that the administrative subpoenas . . . violated the Fourth Amendment because they were secret. Bynum adduces no case law for this proposition and cites only a Mother Jones article in support of his position.

Authoritativeness of political magazines aside, Bynum is wrong. Although Bynum properly invokes the standard of `general reasonableness’ . . . he completely ignores what the courts have said about administrative subpoenas over the last 60 years. First, the Supreme Court has made clear that administrative subpoenas satisfy the constitution as long as (1) the demand is authorized by Congress, (2) for a purpose with respect to which Congress has authority to act, and (3) the documents are relevant. Okla. Press Publsihing Co. v. Walling, 327 U.S. 186 (1946). . . . Bynum does not contest the administrative subpoena on any of the grounds suggested by these cases. Nor could he: 18 U.S. Code § 3486(a)(1)(A) and (D) expressly authorized the use of administrative subpoenas in cases involving the sexual exploitation of children.

The prosecution won . . . but on what I think is a slightly different theory. Here’s what the Court of Appeals had to say:

Bynum can point to no evidence that he had a subjective expectation of privacy in his internet and phone `subscriber information’ -- i.e., his name, email address, telephone number, and physical address-which the Government obtained through the administrative subpoenas. Bynum voluntarily conveyed all this information to his internet and phone companies. In so doing, Bynum `assumed the risk that th[os]e compan[ies] would reveal [that information] to police.’ Smith v. Maryland, 442 U.S. 735 (1979). Moreover, Bynum deliberately chose a screen name derived from his first name, compare `markie_zkidluv6’ with `Marques,’ and voluntarily posted his photo, location, sex, and age on his Yahoo profile page.

Even if Bynum could show that he had a subjective expectation of privacy in his subscriber information, such an expectation would not be objectively reasonable. . . . `Every federal court to address this issue has held that subscriber information provided to an internet provider is not protected by the Fourth Amendment . . . .’ U.S. v. Perrine, 518 F.3d 1196 (U.S. Court of Appeals for the 10th Circuit 2008). . . .

Because the administrative subpoenas did not invade any legitimate privacy interest possessed by Bynum, their issuance did not violate the Fourth Amendment.

U.S. v. Bynum, supra. The 4th Circuit is absolutely right . . . under current 4th Amendment law, Bynum didn’t have a constitutional expectation of privacy in the subscriber information, so he was out of luck.

As I may have noted before, I don’t think Smith v. Maryland was correct when it was decided and I think it’s become increasingly inconsistent with how we live our lives in the over 30 years since. That, though, isn’t the issue I want to focus on here.

And on a related note, the other rationale for requiring de minimis 4th Amendment protection for subpoenas is that the subpoena recipient can go to court and argue that the subpoena shouldn’t be enforced. That, courts have said, is sufficiently analogous to the probable cause requirement which applies to search warrants; probable cause helps ensure that searches aren’t carried out unless there’s good reason to suspect evidence will be found in a given place and to ensure that the search for the evidence will be conducted in a “reasonable” manner. But in cases like this one, the subpoena recipient doesn’t have a stake in the investigation. If a grand jury subpoenas records from a company it’s investigating for fraud, the company can move to quash the subpoena (have it declared unenforceable), which gives it some recourse, some protection for its interests in this aspect of the investigation. When the subpoena is directed to an ISP or a phone company, the company doesn’t have any stake in the process, and the person who does have a stake in the investigation isn’t notified of the subpoena and therefore doesn’t have the opportunity to challenge it.

Maybe that makes sense, maybe it’s the best way to do all this. I guess I would have liked to see this court (or maybe another court?) address the issue Bynum raised, i.e., the increasing disconnect between the subpoena recipient and the person who has a stake in the investigation.

I personally try to avoid admin subpoenas. While the courts have held that they can be used in these circumstances all it takes is one bad case to be struck down. A court order signed by a superior court judge with an affidavit and motion from the DA's office satisfies the reasonable standard much better and is not that much harder to obtain.

Cyber crime is really rampant today as the usage of internet is also continually growing. Lots and lots of children are being abused in doing child pornography. I strongly believe that this must be stop as this is an insult to humanity. There are companies out there that traces or investigates cyber crimes.