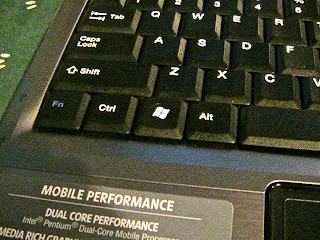 As I’ve noted in earlier posts, courts are struggling to deal with jurors who use computer technology – particularly the Internet – in their deliberations.

Most of the cases seem to deal with jurors using technology – again, particularly the Internet – to conduct their own research into matters at issue in the case they’re going to decide.

As I’ve noted before, that’s misconduct because jurors are only supposed to decide a case based on the evidence that was properly admitted at trial. When jurors go outside that evidence, and conduct their own investigations, that taints the process and can, as this news story illustrates, result in the verdict being set aside and the case having to be tried all over again.

This post is a about a recent decision from the Louisiana Court of Appeals that addressed a claim of juror misconduct based on the use of computer technology for something other than research. The case is State v. Johnson, 2010 WL 487306 (2010), and this is how it arose:

Sam Davis and Michael Martin were shot by three assailants at the TCL Carwash located on Louisiana Avenue. Surveillance cameras . . . captured the incident. . . .

Mark Georgieff, the carwash owner, . . . . supplied the police with a copy of three recordings of the shooting made by the carwash surveillance cameras and nineteen still images made from the video. He explained that although several surveillance cameras were working on the premises . . . , not all of the cameras captured the shooting. He identified in court the video depictions and still images that he made for the police. Mr. Georgieff testified that the video and some of the still images depict three men running from the back of the carwash to the front shooting guns. One of the shooters was using an AK-47 rifle. Mr. Georgieff was unable to identify any of the shooters. . . .

Sergeant Hochman was assigned to the FBI joint task force investigation of the carwash shooting. . . . According to Sergeant Hochman, the video depicted three subjects walking through the carwash firing long-barreled assault weapons. . . .When [he] met with the victims in the hospital, neither victim was able to identify any of the shooters.

The NOPD distributed the surveillance video to local news media for public viewing. As a result of the public viewing, the police received multiple crime stoppers tips and was able to trace the recovered firearm to Paul Pierce, who was the cousin of Kendell Washington and Elton Hook. Mr. Pierce identified Mr. Washington and Mr. Hooks from still photos made from the video; however, he was unable to identify the third suspect. Mr. Pierce sold the weapon the police recovered at the scene to his cousin, Raynell Cole. Sergeant Hochman also spoke with Ms. Wilhemina Cole, who was the grandmother of Mr. Hooks and Mr. Washington. Ms. Cole also identified Mr. Hooks and Mr. Washington. . . .

Through further investigation, Sergeant Hochman identified Mr. Washington as the subject wearing a white striped shirt and hat in the video; Mr. Hooks as the individual in the foreground wearing a long-sleeved T-shirt; and Mr. Johnson as the individual in the background running with [them]. As a result of the identifications, the NOPD arrested Mr. Hooks, Mr. Washington . . . and Mr. Johnson. Mr. Hooks admitted his complicity in the shooting . . . at the time of his arrest. He also named Mr. Washington as a participant.

Mr. Johnson contends his rights to a fair trial and to confront his accusers were violated by the misconduct of jurors in experimenting with the physical evidence. Mr. Johnson maintains that a juror used frame by frame enhancement computer software on his laptop computer when the jury viewed the surveillance videotape footage of the shooting during deliberations. He argues that he was prejudiced by this enhancement because the surveillance tape was not presented at trial with enhancement. Thus, he contends that the jury is guilty of misconduct because it considered evidence not developed at trial and that the trial court erred by denying his motion for new trial.

State v. Johnson, supra. This is the factual basis of his argument:

At the hearing on the motion for new trial, the defense called Deputy Patricia Bruno, who testified that . . . she was assigned to attend the jury during deliberations. As the jury deliberated, it requested to view again the surveillance video of the shooting incident. Because of the possibility of prejudicial information in the state's computer, the jury was offered a computer belonging to one of the deputies [but] that computer malfunctioned. The jury viewed the video on a juror's laptop computer. After deliberating, one of jurors told Deputy Bruno that they viewed the video frame by frame and could clearly see Mr. Johnson's face. Another juror told [her] the state did not do a good job on the case. The juror indicated that during the trial, the state should have shown still shots of the video frame by frame as they had seen it during deliberations. Under cross-examination, Deputy Bruno stated that she did not see the video during deliberations and that she did not know whether the juror's laptop contained frame by frame enhancing software or whether the images shown were altered in any manner.

The Court of Appeals began its ruling on Johnson’s juror misconduct argument by noting that the jury’s viewing the surveillance video was not prohibited by Louisiana Code of Criminal Procedure Article 793(A), which says that during deliberations jurors are not to have access to notes or “any written evidence” and that testimony “shall not be repeated to the jury.”

A photograph is a reproduction of a physical object or scene. It is not `written evidence of `testimony within the meaning of [Article 793(A)], which prohibits the use of written material during deliberations. A videotape, like a photograph, is neither testimony nor written evidence and is not excluded by [Article 793(A)]. Thus, a trial court's granting a jury's request to see a videotape after it retired to deliberate is not an abuse of . . . discretion.

State v. Johnson, supra. In arguing that what the jury did constituted misconduct, Johnson analogized it to an experiment the jury conducted in State v. Graham, 422 So.2d 128 (Louisiana Supreme Court 1982). That jury conducted its own experiment on how long it takes blood to clot, which the Louisiana Supreme Court said constituted juror misconduct. State v. Graham, supra. Johnson argued that because the jury in his case used “frame by frame enhancement software” on the juror’s laptop to view the videotape differently than they saw it when it was shown at trial, this constituted experimentation and juror misconduct. State v. Johnson, supra.

Specifically, the defendant was deprived of the opportunity to confront and cross-examine the person who manipulated the physical evidence. The defendant was denied the opportunity to see what the jurors saw, or believed they saw, when the images were viewed with the enhanced software. The defendant was further deprived of the opportunity to retain an expert in facial recognition if the enhanced image on the videotape revealed the face of the third shooter. In the present case, it can be assumed, based on Deputy Bruno's testimony at the hearing, that the jurors believed they saw something within the manipulated images pointing to Mr. Johnson as the third shooter.

Although Mr. Johnson characterizes the software utilized during jury deliberations as frame by frame enhancement software and thus experimentation that allowed the jury to consider evidence not adduced at trial, there is no evidence to support his contention. Deputy Bruno testified that she did not see the video during deliberations and did not know whether the juror's laptop contained frame by frame enhancing software or whether the images shown were altered in any manner. Deputy Marshall testified that he did not . . . know whether the laptop computer contained enhancement software. Thus, there is no evidence that the jury viewed the videotape of the shooting with anything other than standard digital video playing software. The jury's conduct was nothing more than pausing a video properly admitted into evidence and properly provided to the jury during their deliberations. Despite that the trial judge, prosecutors, and defense counsel were aware that the jury was going to view the videotape on a juror's laptop computer, no objection was lodged. Even assuming some irregularity on the jury's part, the information supplied by the videotape was merely cumulative to other evidence of Mr. Johnson's guilt introduced at trial.

State v. Johnson, supra. So Johnson lost on this issue.

I wonder what the Court of Appeals would have done if Johnson HAD been able to show that there was special, frame-by-frame enhancement software on the laptop and that the jurors used it to view the video in a fashion different from the way they viewed it when it was shown in court? I wonder if that would constitute experimentation that translates into juror misconduct and, possibly, a new trial?

Suppose I pull out a magnifying glass to view a photograph. Seems like much the same thing. Did I boo-boo?