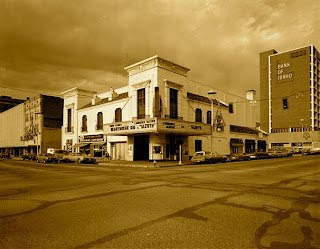 Whoever, using the mail or any facility or means of interstate or foreign commerce, . . . knowingly persuades, induces, entices, or coerces any individual who has not attained the age of 18 years, to engage in prostitution or any sexual activity for which any person can be charged with a criminal offense, or attempts to do so, shall be fined under this title and imprisoned not less than 10 years or for life.

In February 2008, several 12 to 16-year-old girls had a sleep over party in Nevada. During the party, two of the girls, M.M. and B.T., took nude photos of themselves and sent them by cell phone to a 15-year-old boy, T.H. Although unclear how [Terrance] Hofus learned about the photos, after the party B.T. began receiving text messages from a number she did not recognize. From that number, Hofus sent her various sexual messages and told her that unless she and M.M. met with him to do sexual things, he would send the nude photos to everyone they knew and post them on the Internet.

After the party, M.M. also exchanged text messages with Hofus, thinking he was the 15-year-old boy. When these texts became very sexual, M.M. told her mother and older sister about them. M.M.'s sister called the number and told him to stop calling her 14-year-old sister. Hofus also left several voicemail messages on M.M.'s phone.

Although . . . Hofus's phone did not give him the ability to view the nude photos, he made the girls believe he had seen them and had them in his possession. For example, Hofus sent B.T. a text that he was at a Kinko's copy shop and had found a way to enlarge cell phone images to poster size: `think that if we printed up the 2 of u girls and hung them up at the high skol that it wud help u keep u r promise to me they look hot there a lot detail big.’

B.T. eventually told a teacher about the problem, and, ultimately, the FBI took over the investigation. Special Agent Brewer took M.M.'s cell phone and downloaded the voicemail messages from Hofus. Brewer also took B.T.'s cell phone and found several text messages from Hofus, including one which said `I am ok with not having sex it wud help me get rid of the urge if we could just talk like the 3 of us did before that's all want’ and another which said `come on babe lets do this u know u want to be with me.’

Brewer posed as B.T. and began texting with Hofus. Brewer recorded all text messages and voicemails received on B.T.'s phone. Brewer asked for the pictures back; Hofus asked what she was willing to do to get them. Later, Hofus . . . became suspicious and asked her `Why are u talking 2 the police’ and `some one knows a detective.’ Hofus asked B.T. to promise that whatever they might do would stay between them -- `no friends parents police.’ He insisted on talking to B.T. on the phone to arrange a meeting (`We need to talk on phone how far can u travel` `we need to talk tonight or forget it’).

With her parents' permission, B.T. spoke to Hofus on a monitored phone and arranged to meet him at the Parklane movie theater to see the movie Juno. . . . [H]e continued to send her sexually explicit texts asking about her sexual experiences. . . .

[T]he FBI set up surveillance at the Parklane theater. At noon, Hofus sent a text asking, `Are u going to let me taste u naked.’ He also sent a message suggesting B.T. go to the McDonald's near the theater instead. When the agents went to the McDonalds, they noticed Hofus sitting on a bus stop bench across the street from the theater, using his cell phone, and arrested him.

At trial, Hofus's expert, Dr. McEllistrem, made a proffer of his testimony, which included his opinion that (1) there was no `grooming’ activity . . . as you would normally find with sex offenders, because the girls were sexually experienced; (2) Hofus valued the text communications as `fantasy alone’; and (3) Hofus was not a hebophile (having an abnormal sexual interest in youthful women with some secondary sexual characteristics) or a pedophile (having an abnormal sexual interest in prepubescent children).

The court ruled that the doctor could testify about `grooming,’ his opinion that Hofus was not a hebophile, and generally about fantasy-based communications. However, the court agreed with the government that pedophilia was irrelevant because the case involved only post-pubescent girls, and Dr. McEllistrem could not express any opinion concerning Hofus's actual intent at the time specific acts occurred. When prompted by the government to clarify how that ruling applied to the `fantasy’ testimony, the court ruled:


The defense then asked whether Dr. McEllistrem could testify that it was unlikely Hofus would act on the intentions expressed in his texts. The court concluded that this was also irrelevant, and that the expert could not testify whether Hofus was likely to engage in the ultimate sexual activity with the minor.

The Goetzke court held that there is a “distinction between the intent to persuade or attempt to persuade a minor to engage in a sex act and the intent to actually commit the criminal sex act itself.” U.S. v. Goetzke, supra. The Court of Appeals also relied on a decision from the U.S. Court of Appeals for the Sixth Circuit: U.S. v. Bailey, 228 F.3d 637 (2000). The Bailey court explained that while

likely to actually have sex with B.T. was irrelevant to whether Hofus violated § 2422. Similarly, the proffered testimony that Hofus valued the sexual texting with B.T. `in fantasy alone’ necessarily implies that Hofus lacked the intent to actually have sex with B.T., but does not make it more likely or not that he attempted to entice or persuade her to agree to an illegal sex act. . . . The district court also correctly noted that this portion of the expert's proposed testimony would likely confuse the jury as to which intent it was required to find Hofus had possessed.

The Hofus court distinguished the U.S. Court of Appeals for the 7th Circuit’s decision in U.S. v. Gladish, 536 F.3d 646 (2008), which held that a defense expert should have been allowed to testify that “`it was unlikely, given the defendant’s psychology, that he would act on his intent’” as expressed in the sexual chats he had engaged in with a federal agent posing as a minor. U.S. v. Hofus, supra (quoting U.S. v. Gladish).

The Hofus court distinguished the Gladish decision on the grounds that the Gladish case only involved “Internet banter”, which presumably did not clearly support the inference that Gladish would act on what was being said. U.S. v. Hofus, supra. “[T]he situation here is factually distinct because Hofus took the additional steps of proposing a meeting, agreeing to a place, and arriving at a place near that destination.” U.S. v. Hofus, supra.

The proffered expert testimony in Hofus's case appears directed solely at the propensity to actually commit the underlying sexual act, which was not before the jury. But even if the `fantasy alone’ testimony was offered to show an absence of intent to `persuade, induce or entice’ (as opposed to an absence of intent to commit the underlying sexual act), then it goes to the ultimate issue the jury must decide, and was properly excluded under Rule 704(b) [of the Federal Rules of Evidence] (`No expert witness testifying with respect to the mental state . . . of a defendant in a criminal case may state an opinion or inference as to whether the defendant did or did not have the mental state . . . constituting an element of the crime charged or a defense thereto.’). To say that Hofus meant the texting only as fantasy is simply another way of saying he did not really intend to entice or persuade the young girls, which is precisely the question for the jury. If the jury accepted Dr. McEllistrem's testimony that Hofus engaged in texting B.T. `in fantasy alone,’ it would necessarily follow that Hofus did not possess the requisite mens rea to violate § 2422. Such an opinion would thus run afoul of Rule 704(b)’s prohibition on such testimony.

The distinction the 9th Circuit draws between actually engaging in sexual activity with a minor and persuading (or attempting to persuade) a minor to engage in such activity makes sense if you realize that the § 2422(b) crime is an inchoate, or incomplete crime. As Wikipedia explains, inchoate crimes – such as conspiracy, attempt and solicitation – all involve activity that is designed to culminate in the commission of a completed, or substantive, crime. As I’ve noted, these traditional inchoate crimes all require that there have been a target crime: Someone cannot be charged merely with attempt; someone is necessarily charged with attempting to commit murder or rape or arson, etc. This means, as Wikipedia notes, that the defendant has to have had the intent to commit the target crime, e.g., murder, rape or arson.