"Pretext Communications" and the Right to Remain Silent 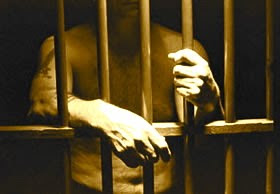 A recent decision from the Oregon Court of Appeals raises what I think is an interesting issue about the interaction between online communication and a suspect’s invocation of the “right to remain silent.”


The state concedes that the letter communicated [Davis]'s intention to invoke his right to remain silent and right to counsel. . . . [T]he detective understood that [Davis] retained counsel for the sexual abuse investigation and did not want to talk to the detective about that investigation without counsel being present.

`[I] developed what was going to be [the stepdaughter's] persona, . . . a somewhat fictional account of what was going on in her life at that time that I felt would facilitate conversation between her and [Davis] and put [him] at ease. And also most of the chat that went on between them it was [the stepdaughter and [Davis]] talking . . . but at times I did direct [her] to say certain things I thought were probative to my investigation.’ . . .

`I wouldn't say I controlled [her]. I set a basic framework by which she would work with them, but most of this was her chatting with [Davis], but I set the framework, and in some of these really important questions that were germane to the case, those were me.’

After being indicted, Davis “filed a pretrial motion to suppress all statements he made during the `pretext communications’ between August 2004 and April 2005 and all evidence derived from those statements.” State v. Davis, supra. Davis claimed the statements should be suppressed because they were obtained in violation of his 5th Amendment privilege against self-incrimination and Article I §§ 11 and 12 of the Oregon Constitution. State v. Davis, supra. Article 12 says that “[n]o person shall . . . be compelled in any criminal prosecution to testify against himself” and Article 11 creates a right to counsel for the accused in a criminal prosecution.

As I assume everyone knows, the 5th Amendment states that “[no person shall be . . . compelled in any criminal case to be a witness against himself”. State v. Davis, supra. That portion of the 5th Amendment creates the privilege against self-incrimination; as Wikipedia notes, the privilege can only be invoked under certain circumstances. And neither the common law antecedents of this portion of the 5th Amendment nor how it has been understood in this country establishes that you can invoke the privilege when you haven’t been subpoenaed by a court or other tribunal and are confronted with what the Supreme Court calls the “cruel trilemma” – tell the truth and incriminate yourself, like and commit perjury (because you’re under oath or refuse to answer and be held in contempt and jailed until you speak).

To remedy that, the Supreme Court created the Miranda rules in 1966). As Wikipedia explains, Miranda explicitly gives people a right to remain silent when they have been taken into custody by the police and are being interrogated. To be able to invoke the Miranda right to silence (and right to counsel), you must be IN custody and be subject to interrogation under the standard set out in Miranda. The pretext communications at issue in this case would qualify as interrogation, but Davis clearly wasn’t in custody when he played his part in those communications . . . so Miranda doesn’t apply.

Oregon has done something states are free to do when they’re applying their own state Constitution: give defendants more rights than they have under the federal Constitution. As I tell students in my Criminal Procedure class, the federal Constitution creates the baseline – the minimum allowable quantum – of protection for U.S. citizens. Since the Constitution requires the states to enforce that level of protection but does not bar them from enforcing additional layers of protection, states are free to expand the right to silence or other rights pretty much as they see fit.

And that’s what Oregon has done with the right to remain silent: According to the Court of Appeals, the right to silence created by Article I § 12 of the Oregon Constitution

may be in jeopardy when a person becomes the focus of a criminal investigation, because a criminal defendant's out-of-court statements may be admissible evidence. It is well established that a person's right to remain silent arises before trial when that person is in full custody or in a setting that judges and law enforcement officers would recognize as compelling. . . . But just as the right to counsel can be rendered meaningless by an individual's uncounseled actions before arrest, the right to remain silent can be rendered meaningless by an individual's statements prior to an interrogation under compelling circumstances.

State v. Davis, supra. The Court of Appeals then held that what the detective did in this case violated Davis’ right to silence under the Oregon Constitution:

State v. Davis, supra. The Court of Appeals therefore affirmed the granting of Davis’ motion to suppress statements he made as a result of the pretext communications and the evidence derived from those statements. It noted, though, that “[o]ur resolution of this case does not hold or imply that [Davis] was entitled to Miranda warnings before the incriminating statements were elicited.” State v. Davis, supra. In other words, the court knew Miranda didn’t apply here because it only comes into play when someone is “subject to custodial interrogation.” Miranda v. Arizona, 384 U.S. 436 (1966). The Miranda Court defined custodial interrogation as “questioning initiated by law enforcement officers after a person has been taken into custody or otherwise deprived of his freedom of action in any significant way.”

Davis clearly wasn’t in custody: When the pretext communications occurred, he was living his regular life, rather than being held in an interrogation room or locked up on a cell somewhere. And he wasn’t subjected to “interrogation” in the Miranda sense.

In Illinois v. Perkins, 496 U.S. 292 (1990), the U.S. Supreme Court held that someone isn’t subjected to Miranda interrogation if he doesn’t know he’s talking to the police. In Perkins, police used a trick to get Perkins to talk about a murder they suspected he’d committed; they sent a snitch and an undercover officer who pretended to be prisoners into the jail where he was staying. The two talked to Perkins about trying to break out of the jail and used that conversation to trick him into telling them about the murder he’d committed. Perkins moved to suppress, arguing that his Miranda right were violated, but the Supreme Court said he wasn’t “interrogated” because interrogation requires that you know you’re talking to a police officer.

So this case would come out very differently in a federal court or in a state that enforces the Miranda rights but doesn’t add any protection to them under its own constitution.

Posted by Susan Brenner at 3:09 PM