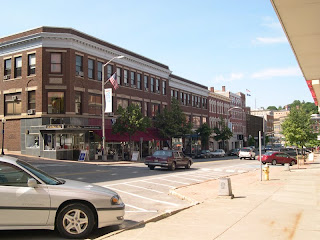 As I’ve noted in earlier posts, consent is one of the exceptions to the 4th Amendment’s default requirement that officers obtain a warrant before conducting a search of someone’s property. While search warrants are usually for property, they can, on occasion, be for a person; as I noted in a recent post, officers can get search warrants to have evidence surgically removed from someone’s body.

This post is about a recent case in which a defendant moved to suppress evidence on the grounds that an officer’s search of his home computer was not lawful under the consent exception to the 4th Amendment’s warrant requirement. The case is State v. Bailey, 2010 WL 724808 (Maine Supreme Court 2010), and this is how it arose:

On January 18, 2008, the Maine State Police Computer Crimes Unit contacted Detective Brent Beaulieu at the Bangor Police Department regarding the dissemination of child pornography via a peer-to-peer networking program from an internet protocol (IP) address in Maine. This IP address had connected to a peer-to-peer network on July 12, 2007, and December 12, 2007, and shared at least one video file authorities knew contained child pornography because of its unique hash value. On both dates, the connections were identified by the same globally unique identifier (GUID), meaning that the same target computer used the same internet access point on both dates. The State Police ascertained through a subpoena of Time Warner RoadRunner that the IP address . . . was assigned to a residential internet service subscriber in a Bangor neighborhood.

Beaulieu obtained a warrant for the residence and executed it on January 30. The officers did not discover the target computer or child pornography . . . [T[he IP address sharing the files was associated with an unsecured wireless router at that residence. . . . [S]omeone within range of the router was using it to access a peer-to-peer network and disseminate the files in question. Beaulieu turned off the wireless router. . . .

Beaulieu began canvassing homes in range of the router to discover the target computer. . . . [He] knocked on Bailey's door. Beaulieu was in plain clothes and arrived in an unmarked car, but identified himself as a member of the police department. . . .

After Bailey allowed him into the apartment, Beaulieu [said] he was `checking the neighborhood, [because] there's been a problem . . . with people gaining access to someone else's computer and [he] want[ed] to make sure [Bailey didn't] have the same issue.’ Beaulieu asked if he could `look at [Bailey's computer] real quick just to make sure [he didn't] have the same issue.’ Bailey led him to the . . . Beaulieu sat in front of the computer while Bailey stood behind him. . . . Bailey asked . . . what [he] was looking for. . . . Beaulieu [said] he was searching for a file that would indicate Bailey had an `issue’ and explained the `issue’ was whether anyone had accessed Bailey's computer.

[Beaulieu] saw a LimeWire icon on the desktop of the computer, but was unable to match the GUID number on Bailey's computer to the GUID number of the target computer. Because he knew that a reinstallation would account for a different GUID number, Beaulieu asked Bailey if he had reinstalled the LimeWire software; Bailey said he had done so one or two months earlier. Bailey also [said] he had been accessing the Internet through a wireless connection, and that . . . stopped working two days earlier.

Beaulieu then searched the computer for video files containing child pornography by running a general search for a type of file called audiovisual interleave (AVI). . . . [It] revealed four AVI files that appeared to contain child pornography; Beaulieu recognized them by the thumbnail screenshots and file names. Beaulieu did not open the files. . . .

Beaulieu started to question Bailey about the AVI files. . . . Bailey acknowledged that he had a `problem’ involving child pornography and then, at Beaulieu's request, orally consented to a search of his apartment. . . .

After a bench trial, Bailey was convicted on all counts. State v. Bailey, supra. He appealed, claiming the trial judge erred in denying his motion to suppress the

evidence obtained from his home because: (1) he did not affirmatively consent to the search of his computer; (2) to the extent he did consent to any search, his consent was the result of deception and is therefore void; and (3) the officer exceeded the scope of any consent given in violation of the Fourth Amendment.

The record supports the suppression court's determination that Bailey consented to the search of his computer through his actions. Although he did not utter . . . any words of consent at that point in the encounter, Bailey resided at the house, stated the computer belonged to him, and clearly manifested his consent to the search of his computer by leading the detective to and assisting the detective in waking up the computer. The court did not clearly err in finding that Bailey's actions constituted an expression of consent.

The second issue was the voluntariness of his consent. As I noted earlier, when you consent to a search you waive (give up) your 4th Amendment right to be free from unreasonable searches and seizures. Since you’re giving up a constitutional right, your consent has to be voluntary; coercion by the police vitiates and therefore nullifies consent. As a federal court recently noted, in deciding “whether consent was freely and voluntarily given, the court must consider the totality of the circumstances surrounding the consent, including the age, maturity, education, intelligence, and experience of the defendant, as well as the conditions under which the consent was given.” U.S. v. Flores, 2010 WL 750080 (U.S. Court of Appeals for the 4th Circuit 2010).

any consent he may have given is void because it was induced by Beaulieu's deceit and misrepresentation. He contends that the detective misrepresented the purpose of his investigation; although Beaulieu claimed he was investigating a problem in the neighborhood of people gaining access to others' computers, he was actually investigating the dissemination of child pornography. Bailey argues that had he known the true purpose of the search, he would not have consented.

State v. Bailey, supra. In ruling on this argument, the Maine Supreme Court noted that

in cases where courts have found deception alone vitiates consent, there has been an express and affirmative misrepresentation by the authorities as to the purpose of the search. . . . Most frequently, police deception as to purpose is viewed among all of the circumstances surrounding the individual's consent in a voluntariness analysis.

State v. Bailey, supra. Ultimately, though, it held that given the circumstances involved in this search and given that “Beaulieu’s statements, though ambiguous, were not affirmatively misleading”, the trial court did not err in finding that Bailey’s consent to the search of his computer was voluntary. State v. Bailey, supra.

Bailey’s final argument was that Beaulieu’s search went beyond the scope of his consent to search this computer. As I’ve noted in earlier posts, consent acts like a contract: If I consent to let you search my house for stolen big-screen TVs, that’s all you can search for, so you can’t look in desk drawers and other small areas. Bailey argued that he had consented to a search of his computer for the illegal access “issue” Beaulieu mentioned, not for child pornography . . . and the Maine Supreme Court agreed:

The [trial] court concluded that `[a]t the time [Bailey] consented, [he] knew it was highly probable that the detective wanted to look at his computer to see if he had accessed his neighbor's wireless router’ by considering the dialogue between Bailey and Beaulieu, Bailey's subjective knowledge `that he had been accessing his neighbor's wireless router without permission,’ and . . . that Bailey did not have his own router. . . . Beaulieu's search exceeded the scope of Bailey's consent. A reasonable person observing the exchange would have concluded that Bailey was consenting to a search for the purpose indicated by Beaulieu: to see if someone had been accessing his computer without his permission. . . . The officer clearly exceeded that scope when he ran a general search for all of the video files on Bailey's computer. . . . Beaulieu's search was not consistent with his stated purpose, and for that reason [his] search for AVI files violated Bailey's Fourth Amendment rights.

State v. Bailey, supra. The Maine Supreme Court therefore vacated Bailey’s conviction and remanded the matter to the trial court to determine if the unconstitutionality of the search of his computer required the suppression of the other evidence obtained from his home. State v. Bailey, supra. You can read more about the decision (and see a photo of Jack Bailey) here.