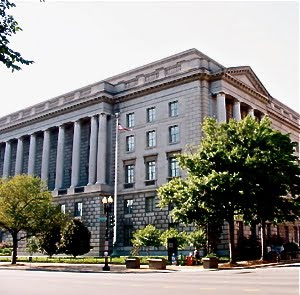 In the famous (or perhaps infamous) case of Jacobson v. United States, 503 U.S. 540 (1992), the U.S. Supreme Court reversed a Nebraska man’s conviction for receiving child pornography because a majority of the Justices found he had been entrapped by postal inspectors. The majority in Jacobson found that since it took postal inspectors two years to finally get Jacobson to order child pornography indicated that he was not predisposed to commit the crime – he was, instead, induced to commit it by their efforts.

The U.S. Supreme Court recognized a related defense – the entrapment-by-estoppel defense – in Raley v. Ohio, 360 U.S. 423 (1959). The Raley Court held that to convict someone for doing what the government had told him was legal was “an indefensible sort of entrapment” which violated Constitutional guarantees of due process. Raley v. Ohio, supra. A defendant in a criminal case can, therefore, “assert an entrapment by estoppel defense when the government affirmatively assures him that certain conduct is lawful, the defendant thereafter engages in the conduct in reasonable reliance on those assurances, and a criminal prosecution based upon the conduct ensues.” U.S. v. Hernandez, 284 Fed. Appx. 24 (U.S. Court of Appeals for the 4th Circuit 2008).

This post is about a tax preparer who was prosecuted for filing false claims with the federal government and tried to use an entrapment-by-estoppel defense to avoid being convicted. Here’s how the case arose:

Onessimus M. Govereh ran the Norcross, Georgia office of Icon Tax Service from January 2, 2007 until February 15, 2007. . . . During that time, 107 personal income tax returns were filed electronically using Govereh's Electronic Filing Identification Number (`EFIN’), which he had obtained from the Internal Revenue Service (`IRS’). Each return bore Govereh's name as the tax preparer, and a copy of each return was saved on a password-protected computer he used. . . .

Govereh . . . utilized a process called Refund Anticipated Loans. A taxpayer whose return indicates a refund is due can file for such a loan through an approved intermediary, such as Govereh, in advance of receiving the refund from the IRS. The bank that issues such a loan receives a certain commission from that loan and ultimately receives a check from the IRS in the total amount of the refund. A bank will not issue a loan in the full-agreed upon amount until the return is filed with the IRS, and, for the tax year 2006, no return could be filed electronically before January 12, 2007. Nonetheless, the participating banks -- HSBC Bank and Santa Barbara Bank and Trust -- permitted Govereh to print a check up to . . . $1600 prior to filing the return, and once [it] was filed electronically after January 12, the bank sent a check for the balance of any refund due.

Govereh had his customers cash both the advance check and the second loan check at the check-cashing business next door and return with his fees, which were often several thousand dollars. When the IRS ultimately refused to fund the claimed refunds and the banks contacted the customers about repaying their loans, many were surprised to learn they had even been parties to a loan. . . .

U.S. v. Govereh, 2010 WL 28565 (U.S. District Court for the Northern District of Georgia 2010). Govereh “was charged with twenty counts of filing false claims based on twenty returns that were filed in January 2007 in violation of 18 U.S. Code § 287, the False Claims Act (FCA).” U.S. v. Govereh, supra. (The opinion says the government “could have” charged him with 107 counts, but decided not “to extend trial time unnecessarily.”)

Whoever . . . presents to any person or officer in the civil, military, or naval service of the United States, or to any department or agency thereof, any claim upon . . . the United States, or any department or agency thereof, knowing such claim to be false, fictitious, or fraudulent, shall be imprisoned not more than five years and . . . subject to a fine. . . .

Not surprisingly, it seems, Govereh was convicted, after which he filed motions asking the judge either to reverse the jury and acquit him outright or grant him a new trial. U.S. v. Govereh, supra. He had several arguments as to why he should be acquitted or get a new trial, but we’re only concerned with the entrapment-by-estoppel argument.

[Govereh] argues that the Court should have instructed the jury that [his] actual and reasonable reliance upon a misrepresentation on a point of law by a Government official is a defense to the charged offense. [Govereh] contended that he believed that another employee at this tax preparation office, Kendra Robertson, worked for the IRS and it is she who [Govereh] offers as the Government official on whom he relied.

The judge also found Govereh hadn’t established the second element of the defense:

it was never [Govereh’s] contention that he innocently filed returns that exaggerated the telephone excise taxes of clients based on the erroneous advice of Robertson. Indeed, to the contrary, it was [his] testimony that he never filed returns claiming false excise tax credits. It was [his] consistent story that others in the office -- usually Kendra, but never [Govereh] --prepared and filed these returns. As it was [his] testimony that he was not involved in claiming any telephone excise credits for clients, it is therefore impossible that he would have been relying on the opinion of anyone for actions he never took.

U.S. v. Govereh, supra. And the judge found that had

[Govereh] prepared tax returns containing false TETR credits and had he received specific advice from someone else in the office that it was okay to falsify this information, his reliance on any such advice would not have been objectively reasonable. . . . It is difficult to understand how one could reasonably rely on the representation of a co-worker that it is proper to lie on a return.

As this news story explains, in December of 2009, Govereh was sentenced to serve 8 years in prison and pay $62,000 in restitution. Since the district court judge denied his motions for acquittal or for a new trial, I assume he’ll appeal his conviction.

The estoppel-by-entrapment defense doesn’t seem to come up much, at least not in cases involving computers, and it usually seems to fail. I think my favorite use of it was in U.S. v. Parker, 267 F.3d 839 (U.S. Court of Appeals for the 8th Circuit 2001). Lonnie Parker was convicted of possessing child pornography and appealed, arguing that the trial judge should have directed an acquittal based on entrapment-by-estoppel. U.S. v. Parker, supra. Parker claimed that the child pornography found on his computer was sent to his daughter and that he contacted the FBI and told them what had happened; he also claimed an FBI agent told him to download the images and send them to the FBI. U.S. v. Parker, supra.

The problem was that he never gave prosecutors the name of the FBI agents he spoke with and never sent the FBI copies of the images. U.S. v. Parker, supra. The Court of Appeals therefore held that the judge did not err in failing to order an acquittal based on

entrapment by estoppel. Parker can point to no evidence illustrating that he reasonably relied upon a law enforcement official's assertion that possessing child pornography was legal or that any such assertion was made to him. The evidence instead indicates that Parker was fully aware that his possession of such materials was a crime.