Hearsay, Authentication and “Keeping a Place of Prostitution” 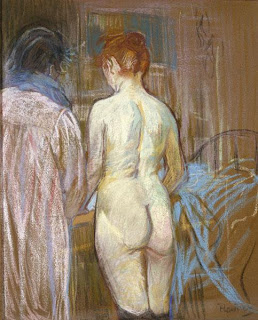 According to the opinion, the case began when, “on the afternoon of September 27, 2010”, two police officers who had “receiv[ed] complaints from the community about suspicious activity,” conducted “surveillance of a residence” in Clayton County where Smoot lived “along with several other women.”  Smoot v. State, supra. The officers observed “a car pull into the driveway.”  Smoot v. State, supra.

An unidentified male got out of the car and entered the residence. He remained inside for a short period of time and left. . . . After initiating a traffic stop and speaking with him, the two officers, along with a police lieutenant, conducted an independent investigation of certain websites by personally viewing their content.

More precisely, the officers and the lieutenant reviewed advertisements posted on

Backpage.com and Craigslist.org, in addition to a . . . website with the URL address of www.ifshewontiwill.com (the `ifshewontiwill website’). [They] later testified that the web pages included `provocative’ and `risque photographs of semi-nude and nude women advertising `sexual services’ and `sexual behaviors’ for money and providing contact phone numbers.

The Ifshewontiwill website included photographs of Smoot, and the advertisements posted on Backpage.com and Craigslist.org listed contact phone numbers linked to Smoot.

They got a search warrant for the house, which they executed on September 30, 2010.  Smoot v. State, supra.  When the officers entered the house, they found

several occupants in the residence, including Smoot. She was discovered `somewhat’ undressed in the closet in the upstairs master bedroom. The police found marijuana in the master bedroom on a dresser in a closed wooden box and in plain view in several other areas upstairs, on the kitchen counter, and on a computer desk in the living room. . . . [A] `stripper pole’ was set up in the living room as well.

They also found two types of business cards in

the residence. The first . . . contained the heading `Adult Social Network.’ The card listed the web address of the Ifshewontiwill website and contained the statements `True Freaks ONLY!!!!,’ `Ready to Have Some Fun,’ and `Created by Gold,’ which Smoot admitted was her nickname.

The second business card listed `Ms. Shauna Gold’ as the `HBIC/CEO’ of `All You Need Entertainment.’ The card included the address of the residence and claimed `10–20 Entertainers always available’ and `Appointments taken 24/7.’

Smoot raised several issues on appeal, but we’re only concerned with three of them, the first of which was that the trial judge erred in allowing the prosecutor to

elicit testimony from the investigating officers and the police lieutenant describing the photographs and advertisements contained in the web pages that they reviewed as part of their investigation. According to Smoot, the witness's description of the photographs and advertisements viewed on the websites constituted inadmissible hearsay.
Smoot v. State, supra.

As Wikipedia explains, hearsay is

Hearsay, then, is an out of court statement that is admitted for the truth of the facts included in it. And as I’ve explained in other posts, including a recent one, hearsay is not admissible unless it falls into one of a number of recognized exceptions because the defendant, the person against whom the hearsay is offered, cannot test the credibility of the original declarant, i.e., Susan in the example above, by cross-examining him/her.

Testimony regarding the content of photographs does not `ask the jury to assume the truth of out-of-court statements made by others, and instead the value of the testimony rest[s] on the [testifying witness's] own veracity and competence.’ . . .  [McClain v. State, 311 Ga. App. 750, 716 S.E.2d 829 (2011).] Thus, the testimony of the officers and lieutenant describing the content of the photographs on the web pages was not hearsay.

The Court of Appeals then addressed the officers’ testimony describing the web page advertisements as “offer[ing] `services’ in return for money”.  Smoot v. State, supra. It explained that an

offer of services in return for money is in the nature of a `verbal act’ or `performative utterance’ rather than a declarative assertion, and, therefore, has probative value arising from the very fact that it was said, rendering it admissible as original evidence. See Stubbs v. Dubois, 306 Ga.App. 171, 702 S.E.2d 32 (2010). . . .   It follows that the trial court did not abuse its discretion in admitting the testimony regarding the content of the web pages.

Finally, Smoot also argued that the trial judge erred in admitting printouts from the Ifshewontiwill website and from Craigslist.org “because (a) the State failed to lay a proper foundation for their admission and (b) the content of the printouts constituted inadmissible hearsay.”  Smoot v. State, supra. The first issue went to authentication, i.e., the need for the party offering evidence to prove that it is what it is claimed to be.

As to whether the prosecution established the necessary foundation for the printouts, the court explained that

printouts from electronic computer sources are subject to the same rules of authentication as other documents. . . . . `As a general rule, a writing will not be admitted into evidence unless the offering party tenders proof of the authenticity . . . of the writing.' . . . Hollie v. State,298 Ga.App. 1, 679 S.E.2d 47 (2009).

`Printouts of [w]eb pages must first be authenticated as accurately reflecting the content of the page and the image of the page on the computer at which the printout was made' before they can be introduced into evidence. Kenneth S. Broun, 2 McCormick on Evidence § 227 (6th ed.2006). . . . Then, to be relevant and material to the case at hand, the printouts often will need to be further `authenticated as having been posted by a particular source.' 2 McCormick on Evidence, supra, § 227.

The court found that the prosecution properly authenticated the printouts of the Ifshewontiwill website:

[O]ne of the investigating officers testified that he made the printouts of the website, which were `a fair and accurate representation of the actual things’ that he personally viewed on the website as part of his investigation.

Moreover, the State presented circumstantial evidence that Smoot was the source of the website by introducing business cards found in her residence that were entitled `Adult Social Network,’ listed the web address for the Ifshewontiwill website, and contained the statement `Created by Gold,’ which Smoot admitted to police was her nickname. . . .

The Court of Appeals also found that the prosecution had not properly authenticated the printouts of the Craigslistorg website:

These printouts were introduced through the police lieutenant, but there was no testimony from her that the printouts fairly and accurately represented the contents of the website she personally viewed as part of her investigation.

Accordingly, the State failed to elicit testimony sufficiently authenticating the printouts from Craigslist.org. . . .

As to whether the printouts constituted hearsay, the court found that

the content of the Ifshewontiwill website consisted of photographs of women, the first names or nicknames of the women, and advertising content, including a list of the `services’ offered. The photographs and first names or nicknames appearing on the website were not hearsay. See . . . Weems v. State, 295 Ga. Appl. 680, 673 S.E.2d 50 (Ga. App. 2009) (testimony regarding nickname was `verbal act’ not introduced to prove the truth of the matter asserted). . . .

Furthermore, the advertising content of the website expressed an offer to perform certain `services’ for money, and, as such, was admissible as a `verbal act’ or `performative utterance.’

As one source explains, statements that constitute “verbal acts” are not hearsay because

they are not offered for their truth.  In other words, the uttering of certain words has independent legal significance . . .e.g., words of a contract, libel, slander, threats, and the like.  Thus, we only care that these words were said, not that they are true.)