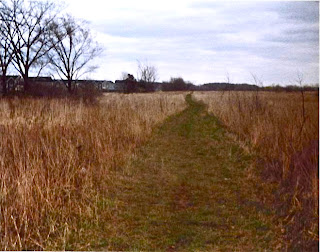 After being convicted by a jury of first-degree murder, conspiracy to commit murder, kidnapping and torture, Alison Lane Martin appealed.  People v. Martin, 2012 WL 1758 (Michigan Court of Appeals 2012).  (She was sentenced to life in prison for the murder and conspiracy convictions, 180 months to 30 years for the kidnapping conviction and 225 months to 50 years for the torture conviction.  People v. Martin, supra.)

The prosecution involved the murder of Brandon Sliverlight, which took place around

Then, according to statements [Martin] made to Shawn West, a friend, and to April Golombieski, a fellow inmate at the Allegan County Jail, [she] and Terpstra proceeded to torture Silverlight. They hit him on the head with a post, stabbed him multiple times, and set his body on fire. At trial, [Martin] claimed there was no plan to kill, or to even hurt, Silverlight and that Terpstra acted alone and on his own accord in murdering Silverlight.

People v. Martin, supra.  (If you’d like to read more about the case and/or see a photo of Martin, check out the news story you can find here. And for a video report on the case that includes a photo of Silverlight, check out this story.

Martin raised several issues on appeal, but we’re only concerned with one of them.  She claimed “the trial court erred in admitting text messages that were sent from her cellular telephone.”  People v. Martin, supra.  The Court of Appeals noted that it reviews a “trial court's evidentiary decisions for an abuse of discretion” and that an abuse of discretion “occurs when the trial court's decision falls outside the range of reasonable and principled outcomes.”  People v. Martin, supra.

Martin argued, first, that the judge erred in finding that the text messages “sent from her cellular telephone were admissible under MRE 801(d)(2)(A) as admissions of a party opponent because the messages were not authenticated as being sent by her.”  People v. Martin, supra.  She claimed “Terpstra could have used her telephone” and noted that a “statement cannot be used as a party admission unless the party made the statement.” People v. Martin, supra.

Martin’s argument implicates two of the rules that govern the admission of evidence in trials in U.S. courts:  hearsay and exceptions to its use and the need to authenticate evidence. The Court of Appeals began is analysis with the authentication issue.

As I’ve noted in earlier posts, in order to introduce evidence at trial, the proponent of the evidence must “authenticate” it, i.e., prove it is what it is claimed to be. Here, the Court of Appeals noted that the issue of authentication in Michigan trials is governed by Michigan Rule of Evidence 901(a), which state that the “requirement of authentication . . . as a condition precedent to admissibility is satisfied by evidence sufficient to support a finding that the matter in question is what its proponent claims.”  People v. Martin, supra.

The Court of Appeals then rather quickly dismissed Martin’s authentication argument:

The evidence also showed that text messages were sent from [Martin’s] telephone to Silverlight while Terpstra was at work on November 13, 2009, and that soon after certain messages were sent, there were telephone calls between [Martin] and Terpstra.

Martin, as noted above, argued that the text messages were not properly admitted as “admissions of a party opponent” because they were not authenticated.  People v. Martin, supra.  She did not, at least on appeal, “contest that if the text messages sent from her telephone were properly authenticated as being sent by her,” they “qualified as admissions of a party opponent under MRE 801(d)(2)(A).”  People v. Martin, supra.

To understand why she conceded this issue, it’s necessary to understand hearsay and the exceptions to the general rule barring its use. As I’ve explained in earlier posts, the rules of evidence applicable in every state and in the federal judicial system bar the use of hearsay. Like other rules of evidence, Rule 801(c) of the Michigan Rules of Evidence defines hearsay as “a statement, other than the one made by the declarant while testifying at the trial or hearing, offered in evidence to prove the truth of the matter asserted.”

Why is hearsay excluded (except if it comes within certain exceptions)? It’s a matter of common sense and fairness. If hearsay weren’t excluded, John Doe could take the stand and say Jane Doe told him the defendant – Richard Roe – who’s on trial for murder confessed to the whole thing. That puts Roe in a bad place: If the jury believes what John says – that Jane heard Roe confess to the murder for which he is on trial – they’re almost certainly going to convict him (unless he’s arguing self-defense, say). Roe can use cross-examination to try to show John is a liar or is mistaken or is insane or otherwise can’t be believed, but neither he nor his lawyers can do much with Jane because she isn’t there . . . she’s a declarant who isn’t testifying at the trial.

The admission of a party-opponent exception is codified in Michigan Rule of Evidence 801(d)(2)(A), which says that a statement “is not hearsay” if it is “offered against a party” and is “the party's own statement”.  As Wikipedia notes, the rationale for excepting such statements from the definition of hearsay derives from the rationale for the hearsay rule:

[It] . . . exclude[s] extrajudicial assertions . . . because they cannot be tested by cross-examination. When an assertion is offered into evidence against the defendant and [she] objects, . . . the defendant is in essence saying `I object to this statement as untrustworthy because I am not afforded an opportunity to cross-examine the person who made it. . . .’

But what if the defendant is the person who made the statement that is now being offered against him? To object, `hearsay’ in this circumstance would be as absurd as to argue, `This statement is unreliable because I cannot cross-examine myself; therefore, how can I trust what I said?’

Here, if the messages were authenticated as having been sent by Martin, they do not constitute hearsay under Michigan Rule of Evidence 801(d)(2)(A) and were, therefore, properly admitted as admissions of a party-opponent.  So, Martin conceded the issue once they court found they were authenticated.

But she did not give up:  Martin argued that the text messages were “[n]onetheless” inadmissible because they “were contained in a second level of hearsay, the telephone records of the text messages, which the trial court held were not admissible under MRE 803(6).”  People v. Martin, supra.  The Court of Appeals began its analysis of this argument by noting that under Michigan Rule of Evidence 805 “`[h]earsay included within hearsay is not excluded under the hearsay rule if each part of the combined statements conforms with an exception to the hearsay rule” included in the Michigan Rules of Evidence.  People v. Martin, supra.

It then explained that

Rule 803(6) codified what is known as the business records exception to the default rule barring the use of hearsay.  As Wikipedia notes, the rationale for the exception is that employees of a business “are under a duty to be accurate in observing, reporting, and recording business facts” and that, therefore, “special reliability is provided by the regularity with which the records are made and kept, as well as the incentive of employees to keep accurate records”.  Since Rule 803(6) is lengthy, I’m not including it in this post but you can find it here, if you’d like to read it.

The Court of Appeals disagreed with the trial court, which held that the exception did not apply here because Sprint, which was apparently Martin’s cell phone company, ”is not `personally invested’ in the accuracy or the truthfulness of text messages sent and received by its customers”, which would mean that the telephone records of the text messages lacked trustworthiness.”  People v. Martin, supra.  It explained that

Given Hernandez's testimony, there is nothing in the record to suggest a lack of trustworthiness in the source of information . . . in the telephone records or in the method or circumstances of preparation of the records. . . .

It also noted that even if admitting the text messages had been error, Martin would not be entitled to have her convictions reversed unless she could show the error was “`outcome determinative’”, i.e., caused the convictions.  People v. Martin, supra (quoting People v. Lukity, 596 N.W.2d 607 (Michigan Supreme Court 1999)).  She claimed the messages “provided a critical link to her direct involvement in the murder of Silverlight” and their admission “eviscerated the defense theory of minimizing her involvement in the murder and pointing fault at Terpstra.” People v. Martin, supra.

The Court of Appeals pointed out, among other things, that the text messages did not establish that she was

directly involved in the murder of Silverlight. That [she] was directly involved in the murder of Silverlight was established by the testimony of West and Golombieski regarding what [Martin] told them about the period after she and Silverlight arrived at her parents' trailer. Accordingly, [she] has failed to establish that any theoretical error in the admission of the text messages more probably than not affected the outcome of her trial.