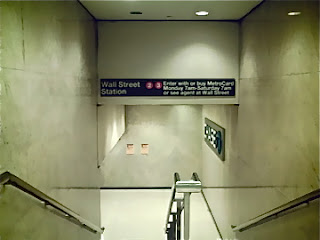 verified written accusation by a person . . . filed with a local criminal court, which charges one or more defendants with the  commission of one or more offenses, at least one of which is a misdemeanor and none of which is a felony, and which serves to commence  a criminal action but which may not, except upon the defendant's consent, serve as a basis for prosecution of the offenses charged therein.

The opinion doesn’t specifically say this, but as far as I can tell Agrocostea’s motion to dismiss was filed under New York’s Criminal Procedure Law § 170.35, which says an accusatory instrument, as defined above, can be dismissed as “defective” when it “is not sufficient on its face pursuant to the requirements of” New York’s Criminal Procedure Law § 100.40.  Section 100.40(4)(b) says a misdemeanor complaint is “sufficient on its face when” the

allegations of the factual part of such accusatory instrument and/or any supporting depositions which may accompany it, provide reasonable cause to believe that the defendant committed the offense charged in the accusatory part of such instrument.

According to this opinion, “reasonable cause” exists when

`evidence or information which appears reliable discloses facts or circumstances which are collectively of such weight and persuasiveness as to convince a person of ordinary intelligence, judgment and experience that it is reasonably likely that such offense was committed and that such person committed it. . . . ‘

And that brings us to the facts in the case.  The opinion notes that the “factual portion of the” misdemeanor complaint alleged that

on January 26, 2012 at about 2:00 hours inside of 499 Seventh Avenue in the County and State of New York, defendant committed these offenses under the following circumstances:

Deponent is informed by Steven Goldglit, of an address known to the District Attorney's Office, that informant is the managing partner of Goldglit and Company, an accounting firm located at the above location. Informant states that [Agrocostea] was formerly employed at Goldglit and Company, and that on January 20, 2012, [his] employment was terminated. Informant states that on January 26, 2012, an email was sent from [Agrocostea’s] business email account to basyagro@gmail.com which reads, in substance:

BASIL AGROCOSTEA IS MY SILENT REAL PARTNER. I SHOULD NOT HAVE FIRED HIM. HE WASN'T PAID ENOUGH. HE WAS THE FIRST TO IMPLEMENT MANY GOOD IDEAS. HE TAUGHT ME THINGS AND WAS A VALUABLE MEMBER OF THE FIRM. I WAS WRONG FOR NOT ADEQUATELY COMPENSATING HIM AND FOR FIRING HIM. PLEASE CONSIDER HIM FOR EMPLOYMENT.

Informant states that the email purports to be signed by informant, but that informant did not sign said email.

Deponent is further informed that informant did not send the above stated email, that [Agrocostea] does not have access to his computer, computer network, and email account, and that he does not have permission or authorization to use said email account.

Deponent is further informed that informant has read a letter dated February 20, 2012, directed to a client of Godglit and Company and signed by [Agrocostea], which letter enclosed a copy of the above-mentioned email and which letter described said email as `PRAISE COURTESY OF MY FORMER EMPLOYER.’

The opinion also notes that “the supporting deposition” said Agrocostea “was fired on January 11, 2012”, well before the email in question was sent.  People v. Agrocostea, supra.  As a result of the allegations outlined above and, presumably, further elaborated on in the “supporting deposition”, Agrocostea was charged with unauthorized use of a computer in violation of New York Penal Law § 156.05 and with identity theft in the third degree in violation of New York Penal Law §190.78.  People v. Agrocostea, supra.

As to the unauthorized use of a computer charge, Agrocostea argued that the misdemeanor complaint failed “to allege facts to establish that [he] knowingly used or accessed the informant's computer without authorization.”  People v. Agrocostea, supra.  More precisely, he argued that the complaint was “facially insufficient because it [did] not demonstrate that he sent the email or how he accessed the informant's email account”.
People v. Agrocostea, supra.

The court did not agree:

These allegations, taken together, given a fair and not overly technical reading are sufficient to meet the burden of reasonable cause to believe that [Agrocostea] knowingly accessed [the deponent’s] computer without permission.

The judge also found that given that “the email was sent shortly after” Agrocostea was fired, that it commended his “job performance, expresse[d] regret for firing him, urge[d] that he be considered for employment, and is attached to a letter” in which Agrocostea  “endors[ed] its content,” she could “draw the reasonable inference” that Agrocostea “accessed the informant's email account and sent the email for the purposes of obtaining employment.”  People v. Agrocostea, supra.

Based upon the foregoing, the facts of the instant complaint provide the Court reasonable cause to believe [Agrocostea] knowingly accessed his former employer's email account or caused it to be used to send an email that he was not authorized to send.

The judge then took up Agrocostea’s argument that the complaint lacked “sufficient allegations to establish that [he] assumed the informant's identity.”  People v. Agrocostea, supra.  She noted that the statute at issue, New York Penal Law § 190.78, states that a person is guilty of identity theft in the third degree when he/she

She therefore found that the

allegations of the complaint are sufficient to meet the burden of reasonable cause to believe that [Agrocostea], with the intent to defraud potential employers assumed his former employer's identity, by sending an email through his employer's email account, in the name of his employer, for the purpose of obtaining employment.

The accusatory instrument further supports the reasonable inference that [Agrocostea] distributed this email to others.

Given all this, the judge denied Agrocostea’s motion to dismiss the complaint for facial insufficiency.  People v. Agrocostea, supra.  So, that presumably means he either pleads guilty to the charges in the misdemeanor complaint or goes to trial on the complaint (if he waives his right to be charged by a information) or on the felony complaint that would replace it.

Posted by Susan Brenner at 9:51 AM