The Whistleblower, the Sheriff and “Unauthorized Intrusion” 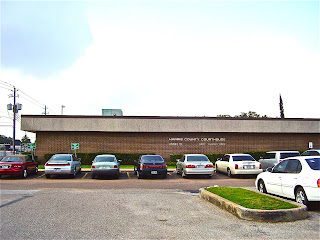 We’ll get to the legal issues in a moment.  First, the facts:  Mata was employed by the

Harris County Sheriff's Office as the director of infrastructure technology. In September 2009, Chief Administrative Officer John Dyess informed Mata that the Sheriff's Office would undergo a security audit of its computer systems. Sheriff Adrian Garcia convened a meeting attended by Dyess, Mata, and Robert Erwin, who was not a Harris County employee at that time. . . .

Erwin began to discuss `getting a view’ of the computer system; Mata [said] . . . the `Harris County Infrastructure Technology office’ and its director, Bruce High, should be involved in the security audit. Dyess objected. . . . Erwin [said] . . .he did not need High's participation because Erwin could use `packet sniffing’ to obtain information about the routers and passwords for the network without the knowledge of anyone at `Harris County ITC,’ including High.

According to Mata, he “objected to this `unlawful intrusion into the Harris County computer system,’” but Sheriff Garcia and Dyess ordered him to cooperate.  Mata v. Harris County, supra.  Mata was so “`[d]isturbed by the plan to ‘hack’ into Harris County's computer system at the order of the Sheriff,’” that he met with the FBI on

several occasions and . . . the FBI asked him to cooperate . . . by wearing a recording device to a meeting with Erwin and others. Mata agreed; but in a meeting with Dyess in October 2009, Mata informed Dyess about his cooperation with the FBI and his belief the project with Erwin was unlawful.

In his suit, Mata alleged the facts above and claimed the actions noted above were retaliation for his “good faith report of a violation of the law, including . . . conspiring and/or attempting to compromise a computer system without the consent of the owner in violation of Section 33.02 of the Texas Penal Code and 18 U.S.C. § 1030.” Mata v. Harris County, supra.  Both “criminalize accessing computers without authorization or consent of the owner.”  Mata v. Harris County, supra.  In its plea to the court’s jurisdiction, Harris County argued that the facts in Mata’s petition for relief

The Court of Appeals began its analysis of the existence of jurisdiction by noting that to “establish a waiver of governmental immunity under the Texas Whistleblower Act, a plaintiff must (1) be a public employee; and (2) allege a violation of the Act.”  Mata v. Harris County, supra.  It also noted that an

`actual violation of the law is not required by the Whistleblower Act. [It] requires only a good-faith belief that a violation of law has occurred.’  City of Elsa v. Gonzalez, 325 S.W.2d 622 (Texas Supreme Court 2010).  An employee's “report of an alleged violation of law may be in good faith even though incorrect . . . as long as a reasonable person with the employee's same level of training and experience would have believed that a violation had occurred.’  ”Town of Flower Mound v. Teague, 111 S.W.3d 742 (Texas Court of Appeals 2003).

Accordingly, `when an employee believes and reports in good faith that a violation has occurred, but is wrong about the legal effect of the facts, he is nevertheless protected by the whistleblower statute.’  Texas Department of Criminal Justice v. McElyea, 239 S.W.3d 842 (Texas Court of Appeals 2007).

The Court then explained that (i) someone violates Texas Penal Code 33.02 if he/she knowingly accesses a computer or computer system without the owner’s consent; (ii) one violates 18 U.S. Code § 1030 if he/she accesses a computer without authorization or by exceeding authorized access and thereby obtains information from the computer; (iii) under Texas’ attempt statute, one commits the crime of attempt if he/she commit an act that constitutes more than “mere preparation” toward the commission of the target crime, i.e., the intended crime; and (iv) commits the crime of conspiracy if he/she, acting with the intent that a felony be committed, agrees with “one or more persons” that one or more of them will commit the crime.  Mata v. Harris County, supra.

Harris County claimed Mata’s belief he was reporting a violation of the law was not reasonable because (i) neither of the statutes makes it a crime to “plan” or “intend” to “hack into a computer”, which is all Mata reported; (ii) there was no conspiracy because Mata said the hacking scheme was “ordered” by the Sheriff, and “when a supervisor orders a subordinate to take some action, he is not making an ‘agreement’ with the subordinate;” and (iii) accessing a computer without authorization is a misdemeanor under Texas Penal Code § 33.02 and under Texas law, a conspiracy does not exist unless the conspirators intend to commit a felony.  Mata v. Harris County, supra.

As to the first issue, the Court of Appeals held that “a person in Mata's position reasonably could believe he was reporting a violation of law -- a conspiracy or attempt to access a computer system without authorization or consent” so it was not necessary for him to allege that there had been “an actual ‘accessing’“ of a computer system.  Mata v. Harris County, supra.  It noted that someone can be convicted of conspiracy or attempt even “though the underlying offense was never committed.”  Mata v. Harris County, supra.  As I’ve noted, both are inchoate, or incomplete, offenses.

As to the second issue, the court noted that Harris County cited “no authority for the proposition that the existence of an employer-employee relationship precludes a conspiratorial agreement, and authority exists to the contrary.” Mata v. Harris County, supra.  It therefore held that it was reasonable for Mata to believe there was a conspiracy to violate Tex. Penal Code Ann. § 33.02 or 18 U.S.C. § 1030.”  Mata v. Harris County, supra.

Finally, the Court of Appeals noted that while “some violations of Section 33.02 of the [Texas] Penal Code are misdemeanors for which a conspiracy could not be formed”, Mata also alleged that the conspirators had agreed to violate 18 U.S. Code § 1030. Mata v. Harris County, supra.  It found that because § 1030 “criminalizes conspiring or attempting to” violate its provisions, “with no apparent requirement that the conspirators intended for a felony to be committed”, it “was reasonable for Mata to believe he was reporting a violation of law.”  Mata v. Harris County, supra.

If you’d like to read more about the case at its onset, and see a video report on it, check out the news story you can find here.