Theft, the Computer and the Weight of the Evidence 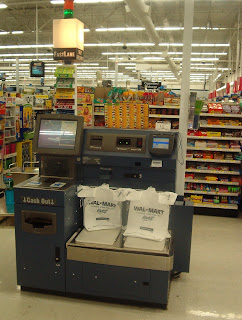 When I hear someone refer to “computer theft,” I usually think they’re referring to someone who used a computer to obtain property or services.  Georgia Code § 16-9-93(a), for example, defines “computer theft” as (i) using a computer or computer network (ii) knowing the use is unauthorized and (iii) intending to take another’s property or use fraud to obtain another’s property.  Here, the computer is merely an instrument that is used to commit fraud.  Most state statutes that deal with computers and theft tend to take this approach.

Rhode Island, though, has a statute that makes it a crime to, among other things, steal a computer or computer software.  General Laws of Rhode Island § 11-52-4.  The case this post examines deals with this type of computer theft, though it was not specifically prosecuted as “computer theft.”

The case went to trial and the jury found him guilty; after the judge sentenced him to 25 days in jail, McLeod appealed. State v. McLeod, supra.  On appeal, McLeod argued that the state did not present sufficient evidence to sustain the conviction and/or that the conviction was “against the manifest weight of the evidence.”  State v. McLeod, supra.

The only witnesses at the trial were Dean Holtsclaw, manager of a Wal-Mart, and McLeod.  State v. McLeod, supra.  He testified that, on January 1, 2007, he saw

[McLeod] presented the greeter with a receipt for a computer from the electronics checkout from 20 minutes prior. . . . Holtsclaw then called the police.

Holtsclaw testified that “only one model” of the computer McLeod had in his possession “was legitimately sold in Wal–Mart that day”, and it “was purchased through the electronics checkout.”  State v. McLeod, supra.  He also testified as to what the Wal-Mart video surveillance system had recorded that day:

McLeod, on the other hand, testified that “on the day in question” he went to Wal-Mart to

Then as he went to exit the store with the computer and the hair trimmer, the security guard detained him. . . . [McLeod] stated that he had the computer with him from the time he purchased it until he tried to leave the store. . . .

The Court of Appeals then examined the evidence to “determine if it was sufficient to convict” McLeod of the crime charged.  State v. McLeod, supra.  It found that the evidence outlined above,

when viewed in a light most favorable to the prosecution, establishes that [McLeod], with the purpose to deprive Wal–Mart of the computer, knowingly exerted control over the computer without Wal–Mart's consent. Thus, [his] conviction is supported by sufficient evidence.

His second argument, as noted above, was that the jury’s verdict was “against the manifest weight of the evidence.”  State v. McLeod, supra.  He based his

The Court of Appeals then outlined the standard for addressing an against the manifest weight of the evidence issue:

In determining whether a verdict is against the manifest weight of the evidence, an appellate court must review the entire record, weigh the evidence and all reasonable inferences and determine whether, in resolving conflicts in the evidence, the jury clearly lost its way and created such a manifest miscarriage of justice that the conviction must be reversed and a new trial ordered. [State v. Thompkins, 78 Ohio St. 3d 380, 678 N.E.2d 541 (Ohio Supreme Court 1997).]

`Weight of the evidence concerns “the inclination of the greater amount of credible evidence, offered in a trial, to support one side of the issue rather than the other.”’ [State v. Thompkins, supra (emphasis in the original.] In making its determination, a reviewing court is not required to view the evidence in a light most favorable to the prosecution but may consider and weigh all of the evidence produced at trial.

determinations of witness credibility, conflicting testimony, and evidence weight are primarily for the trier of the facts who sits in the best position to judge the weight of the evidence and the witnesses' credibility by observing their gestures, voice inflections, and demeanor.

State v. McLeod, supra.  In other words, the jury is the best judge of the evidence.

The Court of Appeals then explained that determining whether the verdict in this case was against the manifest weight of the evidence, it had to consider Holtsclaw's testimony and that of McLeod. State v. McLeod, supra.  It noted that

His testimony was further bolstered by the fact that the only model of the particular computer that [McLeod] tried to leave the store with that was sold at Wal–Mart that day was purchased when [McLeod] was not in the store and the computer he had selected sat in an unattended shopping cart.

[i]n this case, the jury simply did not believe [McLeod’s] testimony that he paid for the computer. We will not second-guess the jury's credibility determination. The jury's verdict was not against the manifest weight of the evidence.