AT&T, Agency and the 4th Amendment 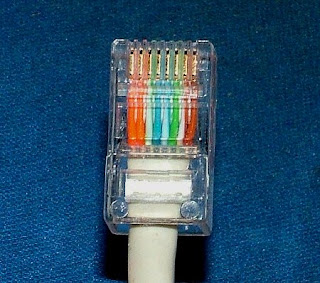 According to a press release issued by the U.S. Attorney forthe Northern District of Ohio in September of 2011, a Cleveland federal grand jury indicted Jason Jurek, “age 41,” with “with receiving visual depictions of minors engaged in sexually explicit conduct, and possessing child pornography” in violation of federal law.

At some point after being indicted, Jurek filed a motion to suppress “the fruits of the search of his residence”, which apparently produced evidence that was to be used in the prosecution.  U.S. v. Jurek, 2012 WL 1854302 (U.S. District Court for the Northern District ofOhio 2012).  Jurek argued that the search violated the 4th Amendment, for reasons we will get to in a moment.  U.S. v. Jurek, supra.

This, according to the opinion in which the federal judge who has the case recently ruled on the motion to suppress, is how the case arose:

On August 9, 2011, a Premise Technician employed by AT&T . . .responded to a service call at [Jurek’s] home in Chesterland, Ohio. The service call was to correct problems with an AT&T service, i .e .U–Verse, at [his] residence. Upon arriving, the AT&T technician was greeted at the door by [Jurek’s] twenty-something year-old son who invited the technician inside and explained that U–Verse was not properly working.

During the cell phone conversation, [Jurek] told the AT&T technician that several other service technicians had attempted to fix the problem and all had been unsuccessful. The technician replied that he had just arrived and assured [Jurek] that would solve the problem.

At some point, the district court judge who has this case held a hearing on Jurek’s motion to suppress, and at the hearing the AT&T technician who made the service call at Jurek’s home on August 9, testified that

while it is not usually necessary to access the customer's computer to verify that needed repair work had been correctly completed, the laptop computer the AT&T technician had with him was not working properly.  Therefore, his only recourse was to use [Jurek’s] computer to ensure the service, as repaired, was working properly.

While the technician was using Jurek’s computer he

observed a list of the previously visited websites, including websites that appeared to be pornographic. One such site had the word `Lolita’ -- the Spanish word for little girls -- in its title.

The opinion says that

the AT&T technician along with those at AT&T to whom he had reported his observations went to the local police department the following day and reported what he had seen to the police, and later, to Special Agent Donlin [who is with Homeland Security Investigations].

According to his testimony at the suppression hearing, Donlin, who is with Homeland Security Investigations, had issued subpoenas “requesting information about Jurek’s computer usage,” but had “not alerted local law enforcement of his concerns.”  U.S. v. Jurek, supra.  He apparently also testified that he was “not aware of anyone else having alerted local law enforcement about the suspicions regarding [Jurek’s] computer usage.” U.S. v. Jurek, supra.

applied for and received a search warrant for [Jurek’s] home, including computers therein. During the search, Agents acting on behalf of Homeland Security seized evidence commensurable with the observations of the AT & T technician.

That brings us back to Jurek’s motion to suppress, to which I do not have access.  It is, however, clear from the court’s opinion that Jurek’s motion was based, at least in part, on the argument that the AT&T technician was acting as an agent of law enforcement when he looked through Jurek’s computer and found child pornography.  U.S. v. Jurek, supra.  Jurek, therefore, argued that

1) he had a reasonable expectation of privacy in his computer files and that (2) that right of privacy was violated when the AT&T technician, acting on behalf of the Government, accessed [Jurek’s] computer and identified the evidence that is now being used to prosecute him.

U.S. v. Jurek, supra (emphasis in the original).  In other words, he argued that the technician’s search violated the 4th Amendment.  He also apparently argued that since the technician’s account of what he found on Jurek’s computer gave Agent Donlin the probable cause he used to get the warrant to search the computer, the results of Donlin’s search of Jurek’s home and the evidence he found there had to be suppressed as having been obtained in violation of the 4th Amendment.

For Jurek’s argument to be valid, the two conditions noted above had to be met, i.e., Jurek had to have had a 4th Amendment expectation of privacy in his computer and the files it contained and the technician had to have been acting as a government agent when he searched the computer.  As to the first issue, the 4th Amendment creates a right to be free from “unreasonable” searches.  So, to violate the 4th Amendment, officers of the government have to engage in a “search.”

As Wikipedia notes, and as I’ve explained in prior posts, a 4th Amendment “search” violates a “reasonable expectation of privacy” in a place or a thing, such as a desk or a vehicle.  To have such an expectation of privacy, you must, as I’ve noted in earlier posts, subjectively believe the place or thing is "private" and society must accept your belief as objectively reasonable.  If you’d like to read more out that, check out this post.

The government and the district court judge both seem to have agreed that Jurek had such an expectation of privacy in his computer and its files, which would mean that the technician’s conduct qualified as a 4th Amendment “search.”  But the 4th Amendment would not apply to that search unless the technician was acting as an agent of law enforcement, because as I’ve noted in earlier posts, the 4th Amendment, like other constitutional provisions, only applies to action by the government.  The crucial issue here, then, was whether the technician was acting (i) as a civilian employee of AT&T, only or (ii) as an agent of the government.

determining whether a private citizen has acted as a government agent, the question is `whether in light of all the circumstances of the case [the informant] must be regarded as having acted as an ‘instrument’ or agent of the state. . . .’ Coolidge v. NewHampshire, 403 U.S. 443 (1971). To trigger 4th Amendment protection under the `instrument of the state,’ or agency theory, `the police must have instigated, encouraged, or participated in the search,’ and `the individual must have engaged in the search with the intent of assisting the police in their investigative efforts.’ U.S. v. Lambert, 771 F.2d 83 (U.S.Court of Appeals for the 6th Cir.1985).

With respect to the intent portion of the test, the Sixth Circuit has held that a private individual does not act as a government agent where `the intent of the private party conducting the search is entirely independent of the government's intent to collect evidence for use in a criminal prosecution. United States v. Howard, 752 F.2d 220 (6th Cir.). . . .

The judge then noted that with regard to the agency issue, Jurek point out that it was

unclear whether any actions taken by the AT&T Technician were directed or suggested by a government actor. In addition, the extensive details reflected in [Donlin’s notes] from the interview of Technician Finlaw indicates that extensive notes and conclusions were made by the Technician, which were very detailed and extensive, and included approximate ages, the presence of pubic hair, the presence of semen, and estimates of age. These details appear to reflect prior knowledge, or at least training or coaching as to what to record if these images are seen during the course of a service call.

The judge was not persuaded:

[Jurek’s] concern about the AT&T technician having been acting as an agent of law enforcement is contradicted by the sworn testimony of the technician and Donlin provided during the suppression hearing. Additionally, in a sworn affidavit supporting the search warrant, Donlin reiterated, `[i]t is important to note that at no time was Mr. Finlaw acting on behalf of law enforcement.’ . . .

Moreover, Donlin testified, under oath, at the preliminary/detention hearing. . . . [and] responded affirmatively when asked if whether (1) he had prepared the affidavit in support of the criminal complaint, (2) if he had an opportunity to review it, and (3) if he reaffirmed the facts that were contained therein. . . .

Lastly, during the preliminary/detention hearing Donlin testified that on August 10, 2011 (the day after the AT&T technician had visited [Jurek’s] home), he `was notified by the Chester Township Police Department that an AT&T service technician had been to Mr. Jurek's residence on a complaint of a problem with their Internet.’ . . .This sworn statement by Donlin further corroborates the technician's claim not to have had contact with law enforcement until after the technician had completed his service call at [Jurek’s] residence.

established that the AT&T technician was acting `on behalf of,’ `under the direction of,’ or `at the acquiescence of’ law enforcement when he observed the pornographic images and subsequently reported his observations to others at AT&T and, ultimately, to local police and Donlin.

You seem to have left one instance where the technician's name remains inin the briefing. Was that intentional?

You are talking about my father and i am that twenty something year old kid. ever heard the expression those who can,do,those who cant do,teach. . .

I KNOW Jason and have only just discovered this article. I am horrified that our country is going down the toilet in this manner. Jason is a good person and were they able to PROVE that Jason actually downloaded this material? I, personally, do NOT believe it and hope he appeals and WINS. This is utter nonsense. AT&T's tech did an illegal "search" (admitted) to procure this "information". The tech should have been FIRED! AT&T should have been fined and I hope, in the future, Mr. Jurek will have his name cleared of these charges! Let's not forget what is PORN in some instances has been photographs of ones own CHILD naked in a bathtub! A MINOR has been a 17 year old with a 16 year old...consenting. Since I have not seen the actual photos (and really don't need to do so) I absolutely question the validity of ANY such criminal activity by Jason. By the way kid, what's YOUR name? I also own a computer that was previously owned by someone else and found sexual images that I did NOT wish to see on this computer. The photos were found by accident in clearing space on the hard drive. They were deleted but that doesn't mean a person with technical experience might not be able to pull them up and use against me. I find this whole mess ghastly and believe, on appeal, Mr. Jurek will find himself a free man and the "TECH" may find himself incarcerated!!! At least, that is what I hope. Jason Jurek was not a family member or even a close friend. I know way too many people that know him to believe this case isn't a complete load of crap. Best of luck to him!!!
SED