Battery, MySpace and the Rule of Completeness 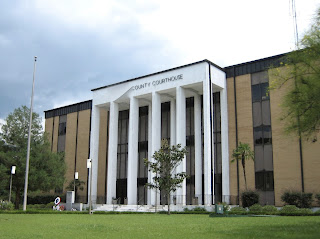 All the opinion says about the facts that led to his conviction is that Harden “was accused of beating and raping his then-girlfriend, K.W., in a motel room following an argument in which [he] accused K.W. of sleeping with someone else.”  Harden v. State, supra.

Harden raised two issues on appeal, one of which is our primary concern.  We’re going to begin with the other issue, though, because it sets up why the Court of Appeals then addresses the second issue (which will become clearer as we go through this.)

Harden’s first argument was that the trial judge erred in allowing the prosecution to present evidence concerning “a prior domestic violence incident that occurred about six months before the alleged rape.”  Harden v. State, supra.  The prosecution argued that the evidence was relevant to “establish [Harden’s] intent and motive.”  Harden v. State, supra.

In ruling on this issue, the Court of Appeals explained that

[r]elevant evidence is evidence tending to prove or disprove a material fact.  § 90.401, Florida Statutes.  Generally, any evidence relevant to prove a fact at issue is admissible unless precluded by a specific rule of exclusion. See . . . § 90.402,Florida Statutes.

The court also explained that

[s]imilar fact evidence of collateral crimes, wrongs, or acts `is admissible when relevant to prove a material fact in issue, including . . . proof of motive, opportunity, intent, preparation, plan, knowledge, identity, or absence of mistake or accident, but it is inadmissible when the evidence is relevant solely to prove bad character or propensity.’  § 90.404(2)(a), Florida Statutes.

Thus, evidence of other crimes is admissible where such evidence `tends to disprove a defendant's theory of defense or attempt to explain his intent.’ Gould v. State, 942 So.2d 467 (Florida Court of Appeals 2006)

The Court of Appeals then found that in this case,

unlike in a murder case . . ., motive and intent were not particularly pertinent issues in the trial. As our supreme court has explained: `State of mind is not a material fact in a sexual battery charge, nor is intent an issue.’ Coler v. State, 418 So.2d 238 (Florida Supreme Court 1982).

Likewise, the [Court of Appeals] has held that, in a prosecution against the defendant for sexual battery of his then spouse, it was error to admit a prior incident in which the defendant slapped his spouse, `because the perpetrator's state of mind is not an issue in a sexual battery case’” Hebel v. State, 765 So.2d 143, 145 (Fla. 2d DCA 2000).

The court therefore found that the trial judge did err in admitting this evidence:

[T]he earlier incident of domestic violence did nothing more than demonstrate [Harden’s] propensity for violence against his girlfriend. The primary contested fact in this case was whether [his] girlfriend consented to the sex; [Harden’s] motive or intent was not significant to any contested fact. . . .

Even if the prior domestic violence incident had some marginal relevance in showing why K.M. delayed reporting the alleged sexual battery, this relevance was substantially outweighed by the danger of unfair prejudice. The prior bad act was unfairly prejudicial because it was classic propensity evidence that showed [Harden’s] bad character. Furthermore, on this record, we cannot say that the error was harmless. . . .

Harden argued that the trial judge erred in not allowing him to “question K.M. regarding MySpace messages she sent” to his “new girlfriend” after “the alleged sexual battery occurred, thereby denying him a full and fair opportunity to cross-examine the witness about her bias or motive to be untruthful.”  Harden v. State, supra.

Prior to trial, Harden’s lawyer filed a “notice to admit . . . messages sent -- after the alleged rape -- from the MySpace account of the alleged victim, K.W., to appellant's new girlfriend, Kayla.”  Harden v. State, supra.  The prosecution objected to the admission of the messages and the court held a hearing on the matter.  Harden v. State, supra.

At the hearing, K.W. admitted . . . she sent the messages over MySpace to Kayla. In the messages, K.W. told Kayla, among other things, that she was `ugly’ and her `vagina was like a swimming pool.’  K.W. also wrote that `I'm too beautiful for you to compete, you look like a F'g gorilla, for real dog, you should try something about that shit, Larry is . . . a F-boy.’

K.W. also admitted that one of the messages stated that, `Larry's ladies, you hoes don't stand a chance.’ K.W. claimed she sent the messages in response to messages from Kayla. K.W. explained that Kayla had threatened to beat her up and even followed her home after appellant's first court appearance. K.M. testified that she wrote the messages to let Kayla know she would not be intimidated.

Harden’s lawyer argued that the messages were admissible because they “were relevant to K.W.'s credibility because they were sent within weeks of the alleged sexual assault and supported the defense theory that the alleged victim was a jealous ex-girlfriend.”  Harden v. State, supra.

At the end of the hearing, the judge ruled that the messages were not admissible because (i) “the prejudice of the messages outweighed their probative value” and (ii) “the rule of completeness precluded” their admission “because `some of these emails are clearly responsive to other emails, and without having those other emails, they are out of context.’”  Harden v. State, supra.

The Court of Appeals found, first, that the MySpace messages were relevant because

they demonstrated bias and supported the defense theory that K.M. was a jealous ex-girlfriend with a motive to lie. Moreover, we cannot agree with the trial court's conclusion that the probative value of the messages was substantially outweighed by the danger of unfair prejudice.

Here, while K.M. may be embarrassed that she sent the messages, we fail to see how the messages were unfairly prejudicial to the state.

The court then addressed the rule of completeness.  Harden v. State, supra.  The Court of Appeals explained that the

rule of completeness is codified in section90.108(1), Florida Statutes, which provides that `[w]hen a writing or recorded statement or part thereof is introduced by a party, an adverse party may require him or her . . . to introduce any other part or any other writing or recorded statement that in fairness ought to be considered contemporaneously.’

The purpose of the rule is to avoid the potential for creating misleading impressions by taking statements out of context. Larzelere v. State, 676 So.2d 394 (Florida Court of Appeals 1996).

The court then held that

Rather, the state may elicit testimony that K.W.'s MySpace messages were sent in response to threatening messages from Kayla. See United States v. Bellomo, 176 F.3d 580 (U.S. Court of Appeals for the 2d Circuit 1999) (statements offered as evidence of commands or threats directed to the witness, rather than for the truth of the matter asserted, are not hearsay); see also State v. Holland, 76 So.3d 1032 (Florida Court of Appeals 2011) (`Verbal acts are not hearsay because they are admitted to show they were actually made and not to prove the truth of what was asserted therein.’).

This solution will avoid the potential for creating a misleading impression and will allow the jury to accurately perceive the entire context surrounding K.W.'s MySpace messages.

Posted by Susan Brenner at 7:29 AM