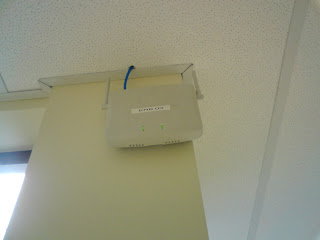 After Alex Cook was convicted of “one count each of receipt, distribution and possession of child pornography” in violation of federal law, he filed a motion for a new trial under Rule 33 of the Federal Rules ofCriminal Procedure.  U.S. v. Cook, 2012 WL 1455217 (U.S. District Court for the NorthernDistrict of Ohio 2012).

All I can find out about the facts and charges in the case come from an FBI press release issued on December 8, 2010.  It says that

Getting back to Cook’s motion n, Rule 33(a) allows a federal district judge “vacate any judgment and grant a new trial if the interest of justice so requires.” It also requires that the defendant first make a motion seeking such relief from a conviction.  Rule 33(b) sets out two grounds for granting a defendant’s Rule 33(a) motion.

One is a “motion for a new trial grounded on newly discovered evidence”, which must be filed within 3 years after the verdict or finding of guilty.”  Rule 33(b)(1), Federal Rules of Criminal Procedure.

The other is “a motion for a new trial grounded on any reason other than newly discovered evidence” which must be filed “within 14 days after the verdict or finding of guilty.” Rule 33(b)(2), Federal Rules of Criminal Procedure.  (Cook was convicted on September 9, 2011, which we’ll get to in a moment.  U.S. v. Cook, supra.)

Cook’s Rule 33(a) motion was predicated on his contention that he had “discovered new evidence that should compel a new trial so that it can be heard.”  U.S. v. Cook, supra. His

rationale for a new trial is that he was denied his constitutional right to due process because his counsel was not permitted time to investigate a theory of the crime, and that post-trial investigation has allowed his lawyer to develop a new theory that could potentially change the jury's verdict.

The new theory, based on affidavits from trial consultant Bill Jonke and forensic computer examiner Mark Vassel, is that an unknown third party may have hacked into [Cook’s] wireless router, either using [his] password or a code breaking piece of software.

Cook apparently presented testimony or affidavits from Jonke and Vassel:

Vassel states that he knew this was a possibility, but did not tell [Cook’s] counsel about it because of the short time counsel had to prepare for trial (roughly a month). Such an analysis, he says, would have taken at least ninety days.

Neither Vassel nor Jonke appears to have completed the analysis in the interim; Jonke simply says that he discussed the viability of the theory with a Carl Herkimer. Herkimer, who has no formal credentials as a computer expert, showed Jonke that this sort of third-party breach could theoretically occur and prepared a presentation to that effect.

The opinion also notes that a “juror, William Rexer, also provided an affidavit swearing that he may have changed his vote had the theory been presented.”  U.S. v. Cook, supra.  In a footnote, the federal district judge who has this case explained that

federal courts generally disfavor post-trial contact with jurors. . . . The duty of a juror is a solemn and serious one, to be free of unnecessary intervention or interrogation by counsel even after the jury renders its verdict.

Any juror who takes his job seriously should be open to persuasion by a competently presented and factually-backed theory of the case. Defense counsel's questioning and presentation of new theories to jurors was inappropriate. . . .

The judge also noted that because it was inappropriate, if he were “to reach the fourth prong of the newly discovered evidence test, I would not use Rexer's affidavit as evidence of a likely acquittal.”  U.S. v. Cook, supra. (We’ll get to that.)

claiming his due process rights were violated, then [Cook’s] motion is time-barred. He filed the motion on February 24, 2012, more than five months after the jury rendered its verdict.

Because [Cook] ultimately argues that he has discovered new evidence requiring a new trial, I will only consider whether he has met the standard for a Rule 33 motion for a new trial on the grounds of new evidence.

The judge explained that the U.S. Court of Appeals for the 6thCircuit – whose decisions are binding on federal district courts in Kentucky, Ohio, Michigan and Tennessee, has

adopted the following standard for determining whether a new trial based on newly discovered evidence is warranted:

To obtain a new trial on this basis, a defendant must show that: (1) the new evidence was discovered after the trial; (2) the evidence could not have been discovered earlier with due diligence; (3) the evidence is material and not merely cumulative or impeaching; and (4) the evidence would likely produce an acquittal.

whether the “evidence” in question is, in fact, evidence, or instead a newly discovered theory. At trial, Vassel testified that none of the files at issue in this case had been opened or displayed while on [Cook’s] laptop.

What [Cook] now submits on motion is not additional, newly discovered evidence of how the files ended up unopened on his laptop, but instead a new theory to explain the evidence Vassel already introduced at trial.

He then outlined the applicable legal principles  for determining whether Cook was relying on new evidence or a new theory:

`Newly discovered evidence does not include new legal theories or new interpretations of the legal significance of the evidence.’ U.S. v. Olender, 338 F.3d 629 (6th Cir. 2003).

`Evidence will not be deemed ‘newly discovered’ simply because it appears in a different light under a new theory. [A] party who desires to present his case under a different theory [i]n which facts available at the original trial now first become important, will not be granted a new trial.’  [U.S. v. Olender], supra  (quoting U.S. v. Hamling, 52 F.2d 758 (U.S. Court of Appeals for the 9th Circuit 1975)).

After applying these principles, the judge denied Cook’s motion for a new trial:

[Cook’s] `new evidence’ is a presentation showing that it is possible for a third party to have performed a set of actions that might have led to the presence of child pornography on [his] computer.

[Cook] provides no actual new evidence that this occurred -- he simply reiterates the discrepancies his expert previously alleged at trial as the basis for his theory. The presentation, then, is simply a new theory explaining those facts already made available to and considered by the jury.

Posted by Susan Brenner at 7:18 AM

This is stupid. No way it would take 90 days to explain how a router could have gotten hacked. Just a quick Google search would show someone how it is done. Put together a presentation for the jury, and there you are.

This is one reason why I think the dude would have been smart to use a purposefully unsecured router if he was going to get involved in that kind of nonsense - plausible deniability.

The essential point in our R 33 motion was that two federal agents had testified that such computer files as were found on Mr. Cook's computer could not have been placed there adversely withou Mr. Cook's knowledge by unknown 3rd parties. It was unknown to defense counsel at the time of trial, though she exercised due dilligence in hiring a well known computer professional who failed to inform her of this possibility, that such adverse file placements could indeed be done. The agent's unchallenged -and erroneous - statements were highly predjudicial to the defendant, and it was felt that justice could only be done for Mr. Cook by granting him a new trial. Bill Jonke

Thank you for clarifying that, Bill. It's very helpful.