Due Process, Overbreadth and Destruction 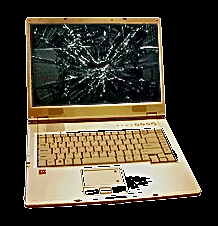 This post examines an issue that arose in a California juvenile court proceeding.  It began on May 17, 2010 when the San Joaquin County District Attorney filed a “juvenile wardship petition” pursuant to California’s Welfare and Institutions Code §602(a).  In re Mitchell W., 2012 WL 1155972 (California Court of Appeals 2012).

The petition “alleged that the minor”, Mitchell W., “had violated [California] Penal Code sections 422, criminal threats, and 242, battery. His mother, Lisa W., was the alleged victim on both counts.  In re Mitchell W., supra.  The opinion says that after his mother told Mitchell he could

not play video games because he was not attending school regularly, he struck her several times and repeatedly threatened to kill her. Lisa W. sustained swelling and bruises on her arm and pain to her hand. [Mitchell’s] conduct also endangered his seven-year-old sister, who was nearby.

child pornography on it. [His] mother had caught [him] viewing child pornographic images on the computer two years prior and had admonished [him] about collecting such images. She had recently caught him again.

A court-ordered psychological evaluation of [Mitchell] stated that [he] had a history of watching child pornography on his computer. The evaluation also stated that [his] mother described [him] as manipulative and said [he] had stolen a credit card from her and used it to make online purchases.

[Mitchell’s] mother reported an incident that occurred in early February 2011 to the probation officer. On February 8, [he] was verbally abusive to his sister and kept increasing the volume of the television. . . . He refused to turn the volume down when [his] mother requested he do so, so [she] mother turned the television off and unplugged it.

[He] plugged the television back in. When his mother unplugged it again, [Mitchell] cornered [her] . . . and told her she did not want to find out what would happen if she disabled the television. . . . The police were called.

On February 14, 2011, the probation officer filed a second probation violation petition, “alleging [Mitchell’s] possession of child pornography and [his] mother's reports of [his] threatening behavior.” In re Mitchell W., supra.  The officer recommended that his computer “be seized and destroyed and that he be allowed computer and Internet access only under responsible adult supervision.”  In re Mitchell W., supra.

On February 17, 2011, Mitchell admitted the violations in return for the State’s agreeing not to “ file a new petition based on the allegations underlying the February 14, 2011 violation of probation.”  In re Mitchell W., supra.

On March 10 and March 17, 2011, the juvenile court heard argument on the State’s request for an order to destroy Mitchell’s computer.  In re Mitchell W., supra.  At the March 10 hearing, a deputy public defender, who was “filling in” for Mitchell’s assigned counsel, asked if “technicians could simply `erase the offending materials or files.’” In re Mitchell W., supra.  The attorney said Mitchell had told her that

At the March 17 hearing, Mitchell’s assigned attorney told the court the computer at issue was a laptop.  In re Mitchell W., supra.  His attorney said it would make

more sense to remove the hard drive than to force [his] mother to pay to replace the computer, which the entire family used. Counsel said he or an investigator from his office could take the [laptop] to a computer store to have the illegal images removed. [He] cited no authority that would except him or his investigator from what would be possession of illegal material.

[He] further suggested the probation department could test the computer to confirm the material had been removed. Counsel contended that removing the hard drive would not only remove the criminal matter, but would serve `the rehabilitative purpose of the order and prevention of future crimes’ just as well as destroying the entire computer.

On appeal, Mitchell argued that the juvenile court “`abused its discretion by imposing an unconstitutional condition of probation which was not specifically tailored to meet [his] needs by ordering destruction of his entire computer.’” In re Mitchell W., supra.  The Court of Appeals began its analysis of his arguments by noting that juvenile court judges have “`broad discretion to fashion appropriate conditions of probation’” because their goal is to rehabilitate the child, rather than, as is true in adult criminal court, punish an offender.  In re Mitchell W., supra.

It noted that a condition of juvenile probation will not be held invalid unless it “`(1) has no relationship to the crime of which the offender was convicted, (2) relates to conduct which is not in itself criminal, and (3) requires or forbids conduct which is not reasonably related to future criminality’”.   In re Mitchell W., supra (quoting In Re R.V., 171 Call. App. 4th 239 (2009)). The court found the laptop destruction order was valid because it was “carefully tailored to [his] offenses, will serve the `compelling state interest in [his] reformation and rehabilitation’ . . .  by limiting his opportunity to reoffend and impressing on him that misconduct can have serious consequences.”   In re Mitchell W., supra (quoting In re Frank V., 233 Cal. App.3d 1232 (1991)).

Mitchell admitted the “child pornography on the laptop was contraband the government could lawfully seize and detain,” but claimed the order “unconstitutionally deprived him of a property interest, his possessory interest in his computer, without due process of law.”  In re Mitchell W., supra.  He argued that “the juvenile court violated due process because it failed to determine that destroying the contraband required destroying his computer (which was not unlawful to possess), rather than simply destroying the hard drive.”  In re Mitchell W., supra.

The court also explained that “even if the court's order might have posed a due process problem in an adult criminal case” Mitchell “cites no authority from the juvenile justice context to support his due process claim, and we know of no such authority.”  In re Mitchell W., supra.  And, finally, it found that there was no due process violation in this case because Mitchell received a hearing

on his assertion that the contraband could be destroyed beyond recovery without destroying the computer. Indeed, the juvenile court continued the matter specifically for that purpose and to allow assigned counsel to address the issue.

However, counsel offered no testimony, evidence, declaration or even an offer of proof grounded on statements from a qualified technician who would be available to remove the hard drive. Nor did counsel explain how he or an investigator could legally possess a computer containing child pornography while transporting it to such a technician. Therefore, the court impliedly determined the issue adversely to the minor.

In re Mitchell W., supra (emphasis in the original).

Finally, the Court of Appeals rejected Mitchell’s argument that the juvenile court’s order was “unconstitutionally overbroad because it is not reasonably tailored to his needs, which could have been satisfied by destroying the hard drive containing the unlawful matter and by the probation condition requiring that he use a computer only under parental supervision.” In re Mitchell W., supra.  It explained that there

is no requirement that the juvenile court impose less restrictive conditions when those conditions present less effective means to satisfy the underlying purpose. And nothing prevents the juvenile court from imposing two conditions of probation narrowly tailored to achieve the same purposes when neither condition, in and of itself, can ensure achievement of those purposes.

Here, the juvenile court could legitimately have been concerned that the search of [Mitchell’s] house did not turn up other data media that could be played in the computer, such as optical discs or flash drives, even if the original hard drive was destroyed. The prosecutor told the court that an optical disc drive containing child pornography had been found, but that does not mean other easily concealed media was not found.

The Court of Appeals also noted that “given the mobile nature of the laptop, the court legitimately could have concluded its destruction was necessary to prevent [Mitchell] from secretly using it, notwithstanding the mother's best efforts.”  In re Mitchell W., supra.  It therefore affirmed the juvenile court’s order, which presumably means the laptop has been or soon will be destroyed.  In re Mitchell W., supra.

The California Court of Appeals – Third District heard this case. It, like the five Districts, assigns three-justice panels to hear and decide appeals.  One of the justices in this case wrote a short concurring opinion in which he concurred because

the minor was playing video games on the computer, which was interfering with his school attendance. This is reason enough to sustain the forfeiture of the entire computer, even if he had not been using it for viewing pornography.

Cybercrime is a term for any illegal activity that uses a computer as its primary means of commission.

Stupid attorneys and judges. The laptop did not belong to the child! Children do not own any property! They cannot. It all belongs to their parents.

And why not just bring the computer into the courtroom and have a cop remove the hard drive? Takes like 30 seconds. Open case, remove cords from drive. Pull drive out of its bay. Close case.