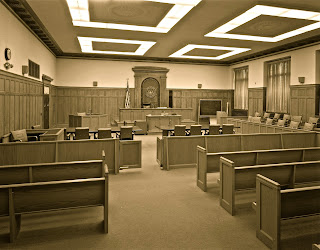 During fiscal year 2005, [Werner] was a bookkeeper in the student accounts office of Bridgewater State College, which handled payments for students' tuition and fees. When tellers received payments in cash or by check, they logged them into a computerized accounting system and placed them in sealed bank deposit bags with deposit slips. The defendant was responsible for processing the deposit bags.

On numerous occasions between July, 2004, and June, 2005, [Werner] opened deposit bags, took the cash that was to be deposited, and replaced it with an equivalent amount in checks from incoming student payments that she had previously held back. If the replacement checks did not exactly total the amount of cash she removed, [she] would include a personal check from her own account in the amount of the difference, typically a relatively small sum.

She would then alter or rewrite the deposit slips to match the changed contents of the bags. The total amount of the thefts was approximately $355,000. When questioned by investigators, [Werner] admitted to stealing money from the accounts two or three times per week, in totals of between $600 and $700, and once taking $8,000.

Two of the jurors – “Juror A and Juror B” had open profiles, meaning they were

accessible to any Facebook member. [Werner’s lawyer] discovered that on March 30, 2009, while jury selection was ongoing, Juror A had posted: `[I] had jury duty today and was selected for the jury. . . .  Bleh! Stupid jury duty!’ Juror A received three responses, one of which stated: `Throw the book at 'em.’ As the trial progressed, Juror A posted about sitting for long hours and her desire to complete the trial. At one point another juror, Juror C, who had been `friended’ by Juror A during the trial, responded to her, saying, `[H]opefully it will end on [M]onday. . . . ‘

Juror B's wife replied to this at 9:37 P.M. `Nothing like sticking it to the jury confidentiality clause on Facebook. . . . Anyway, just send her to Framingham quickly so you can be home for dinner on time.’ Later that evening, another of his friends responded: `I'm with [Juror B's wife] . . . tell them that you asked all your F[ace] B[ook] friends and they think GUILTY.’

As I’ve noted in earlier posts, and as this source explains in detail, juror misconduct is the term that is used to refer to actions by jurors that are inconsistent with their role in a criminal trial, the most important aspect of which is that they serve as neutral and impartial finders of fact who decide the defendant’s guilt or innocence based solely on the evidence presented at trial.  And a the second source cited above also explains in detail, it is the trial judge’s duty to ensure that the jurors perform discharge their role in an appropriate fashion; if possible juror misconduct is brought to the judge’s attention, he/she is obliged to investigate.

Thatt is what happened in this case:  Werner’s attorney filed a motion for a new trial, based on what appeared to be juror misconduct; the trial judge then held an evidentiary hearing, at which Juror A and Juror B testified.  Commonwealth v. Werner, supra. At the hearing Juror A

was asked whether `during the very beginning of the case . . . through the receiving of the jury verdict, you may have gone online and posted some information regarding this case.’ She responded, `I don't believe I did.’ She was then shown the posting that described her feelings about being selected and recalled the posting and the responses.

She explained that the postings were from people `sympathizing with . . . having to spend time sitting on a jury.’ She acknowledged `friending’ Juror C and another juror but said she had not sent any electronic mail messages (e-mails) or instant messages to them during the trial.

Commonwealth v. Werner, supra.  Juror B testified that was the

author of the postings. He also testified that he did not recall seeing the `BOY HOWDIE’ response to his 8:05 A.M. posting or any other responses to that posting. When asked about his wife's response to the 4:54 P.M. post, he denied he had told his wife `the details of the case, the name of the defendant, anything that was presented as evidence.’ He suggested she may have learned about the case through `public records.’

The trial judge denied Werner’s motion for a new trial because she found that “`“no evidence adduced at the hearing supports the defendant's claim that either Juror A or Juror B was exposed via the Internet to any extraneous matter.’” Commonwealth v. Werner, supra.  So the judge found that neither juror’s impartiality was compromised by their exposure to information  that was not introduced into evidence at Werner’s trial, which meant that there was no evidence of juror misconduct warranting a new trial.

As noted above, Werner appealed, claiming the trial judge abused her discretion in denying the motion for a new trial.  Commonwealth v. Werner, supra.  The Court of Appeals began its analysis of Werner’s argument that she was entitled to a new trial by outlining the applicable law:

Werner argued that the judge erred in ruling on the new trial motion “prior to receiving the materials subpoenaed from Facebook.”  Commonwealth v. Werner, supra.  According to Werner, Massachusetts precedents “compel[led] the judge to undertake further investigation because the jurors' Facebook postings cast doubt on the truthfulness of their testimony at the evidentiary hearing.”   Commonwealth v. Werner, supra.

require that the trial judge go beyond the questioning of jurors in the instant case. . . .Where there is a colorable showing of extraneous influence, the judge is neither compelled to go beyond juror questioning nor curtailed from doing so. . . . The scope of the judge's postverdict inquiry is determined by the postings and responses themselves, the medium in which the postings appeared, the evidence of extraneous influence uncovered, if any, and the credibility of the testifying juror, as determined by the evaluating judge.

The Court of Appeals then found that the judge in this case “clearly understood the scope of permissible inquiry” and “did not err in concluding that the postings contained no evidence of extraneous influence.”  Commonwealth v. Werner, supra.  It explained that the postings in this case “involved the type of `attitudinal expositions’ on jury service, protracted trials, and guilt or innocence that fall far short of the prohibition against extraneous influence.”  Commonwealth v. Werner, supra.  It also noted that they did not

in any way reveal “specific facts not mentioned at trial concerning one of the parties or the matter in litigation.” Commonwealth v. Fidler, supra. Moreover, the postings made during the trial contained no case-specific information whatsoever. . . . Anyone viewing the jurors' postings on Facebook would have had no idea of the name of the defendant, what crime she was accused of committing, or what the trial was about. Thus, it is not surprising that the responses were equally nonspecific.

her assessment of the credibility of the witnesses' testimony. . . . She found that `no evidence adduced at the hearing supports the defendant's claim that either [Juror A] or [Juror B] was exposed via the Internet to any extraneous matter.’ Implicit in that finding was her crediting both witnesses' testimony to that effect. In regard to Juror B, where questions were raised regarding his truthfulness, the judge carefully wrestled with both his statements and his omissions.

Where the judge considered Juror B's testimony less than fully forthcoming, she so stated. For example, she recognized in her findings that Juror B had `informed his wife on the first day of trial that he was a juror in a criminal case and that the defendant was female.’ She did not discredit the remainder of his testimony.

The court also noted that, “there was overwhelming evidence of guilt here, including admissions by [Werner] that she had stolen money on numerous occasions”, which meant that “[e]ven if an extraneous influence had been discovered, the Commonwealth likely would have been able to prove [Werner] was not prejudiced.”  Commonwealth v. Werner, supra.

It therefore held that because Werner “could offer only unsupported speculation that the desired subpoenaed documents might include previously undisclosed communications of extraneous information to the jurors”, it was “within the judge's broad discretion to deny the motion for new trial without awaiting Facebook's response to the subpoena.” Commonwealth v. Werner, supra.  For this and other reasons, it affirmed Werner’s conviction and sentence.  Commonwealth v. Werner, supra.

According to the news story you can find here, the trial judge sentenced her to three years in state prison plus five years of probation.
Posted by Susan Brenner at 6:24 AM