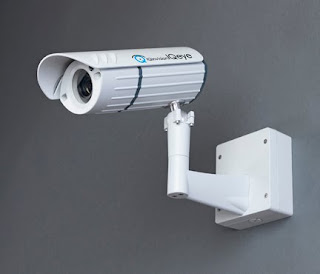 A recent opinion from a Florida court addresses an interesting issue concerning expectations of privacy in the calls you receive from someone. The issue arose under a Florida statute, not the Fourth Amendment, but I still think it’s worth examining.

On March 6, 2008, Detective Shepherd of the Indian River County Sheriff's Department took . . . John Menzel, to the Sheriff's office to interview him regarding an alleged sexual battery which occurred at Menzel's home and involved the alleged victim, Menzel, and [Richard] Hentz.

Both Menzel and Hentz were asked if they would voluntarily come . . . to be interviewed; Menzel agreed to go and Hentz refused.

The audio and video recording equipment in the interview room were turned on approximately five or six minutes before Shepherd took Menzel into the room. This was standard procedure implemented to ensure that activating the recording devices would not be overlooked. About ten minutes elapsed between Menzel being seated in the interview room and Shepherd accompanying him.

According to Shepherd, the room Menzel was in was “pretty small and typically able to fit two or three chairs/individuals.” Hentz v. State, supra. No audio or video equipment is “readily visible to the occupants of the room,” and no one told Menzel “that there was recording equipment in the room or that his conversations would be recorded while he was awaiting his interview.” Hentz v. State, supra.

According to Detective Parrish, of the Indian River County Sheriff’s Office, the microphone in this interview room is

camouflaged to look like a light switch and . . . is inconspicuous. . . . [T]he video camera in the room is about the size of a tape cassette cover and is camouflaged to look like a motion sensor. Parrish knew . . . that the recording equipment . . . is sensitive enough to record both sides of a phone conversation taking place between an individual in the interview room and someone on the other end of the phone. . . . Parrish did not warn Menzel of that fact when he realized Menzel was having a conversation on his cell phone in the interview room. . . .

According to Menzel, he was “never told the room was an interview room” but he told

Shepherd he had phone calls to make to take care of some things [and Shepherd did not say] anything regarding the recording devices in the room. The door to the room was shut, so Menzel believed he had privacy there to make his phone calls. While on the phone, Menzel kept his voice low so no one outside the room could hear the conversation. Menzel looked around the room to see if there was any recording or video equipment; he did not see any.

At some point after this, Shepherd interviewed Menzel, and about “one week later,” he reviewed the video tape of that interview. Hentz v. State, supra. Shepherd could hear

Menzel talking to Hentz about Hentz's cell phone. Specifically, Shepherd could hear Hentz say . . . he was `freaking out’ when the officers were looking around because of the pictures and video on his cell phone and if the officers had found the phone, Menzel would have been `f*cked.’

In the application for the warrant, Shepherd said Hentz had made statements during this phone conversation with Menzel which led Shepherd to believe there was incriminating evidence on the phone. Hentz v. State, supra. The phone was searched, and “yielded incriminating evidence implicating Hentz and Menzel in the crimes which with they were eventually charged. Hentz v. State, supra.

Florida Statutes § 934.02(2) defines “oral communication” as “any oral communication uttered by a person exhibiting an expectation that such communication is not subject to interception under circumstances justifying such expectation”. In moving to suppress Hentz’s statements, the defense said his statements “were made while [he] was in his home, and thus, Hentz had a reasonable expectation of privacy” in them. Hentz v. State, supra. The prosecution argued that the officers did not “intentionally” intercept Hentz’s conversation with Menzel in violation of the statute. Hentz v. State, supra.

As to that issue, the Court of Appeals found that given the officers' knowledge that the recording equipment was on and was sensitive enough to intercept the other end of a phone conversation, [they] did intentionally intercept Hentz's oral communication within the meaning of the statute”. Hentz v. State, supra. It then considered whether Hentz had a reasonable expectation of privacy in the conversation. Hentz v. State, supra.

The prosecution argued that the phone call in this case “`originated’ at the police station from which Menzel called Hentz”, although it acknowledged that “`Menzel originated the call and was immediately called back by the same party.’” Hentz v. State, supra.

Thus, according to the State, the call originated from the police station where Menzel had no reasonable expectation of privacy, and the phone conversation was not within the ambit of the statute. Perhaps for this reason, much of the focus below was on whether Menzel had a reasonable expectation of privacy in the interview room at the Sheriff's Office Administrative Building.

In the last paragraph of its opinion, the Court of Appeals seems to be applying either the 4th Amendment’s standard of privacy or a standard that is identical to it:

As the State points out, Hentz did know Menzel was at the police station when the conversation took place. Hentz specifically asked Menzel whether he had gone to the station yet, and Menzel replied, `I'm sitting here waiting.’ Thus, factually, this case is distinguishable from Mozo. But in light of the Mozo opinion and the protection afforded communications that occur from within one's home, Hentz had a subjective expectation of privacy in his statements and his expectation was one society accepts as reasonable.

Hentz v. State, supra. As I’ve noted in earlier posts, the test the U.S. Supreme Court uses to determine if someone has a 4th Amendment expectation of privacy has two prongs: a subjective expectation by the person that society regards as objectively reasonable. I assume the Court of Appeals was simply using this standard as a basis for defining when it is, and is not, reasonable to believe something is private.

The Court of Appeals therefore reversed the trial court’s order denying Hentz’s motion to suppress . . . which I assume will re-open the case.

Posted by Susan Brenner at 6:21 AM