Due Process and the Destroyed DVD 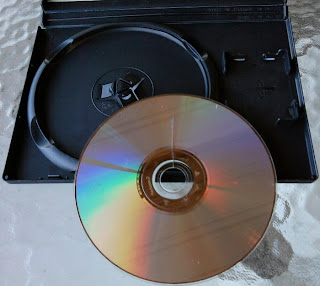 As Wikipedia notes, due process is generically defined as “the principle that the government must respect all of the legal rights that are owed to a person according to the law.”

As Wikipedia also notes, courts in the United States have interpreted the constitutional guarantees of due process of law as having “`procedural’ and `substantive’ components, meaning that” due process guarantees impose “restrictions on legal procedures—the ways in which laws may operate—and also on legal substance—what laws may attempt to do or prohibit.”

[Lyna Nicole] McNeil was the passenger in a vehicle driven by Corey McCoy, which Cobb County Sheriff's officers observed traveling southbound on South Cobb . . . The officers . . . initiated [a traffic stop] . . . just over the county line in Fulton County. . . .

McCoy was . . . arrested for driving with a suspended license. . . . [T]he officers noticed an open beer can between McNeil's seat and the passenger-side door. . . . [She] was told . . . she was free to leave. . . . [but] . . . was to call a friend or family member to pick her up. . . . [T]he hour was . . .approaching 2:30 a.m., and those she [called] were unable or unwilling to comply. . . . [O]ne of the responding officers -- who arrived after McCoy’s arrest . . . offered to drive her home; McNeil accepted. . . . [T[he officer asked to check [her] purse for weapons. . . . and, in plain view, the officer saw two small bags containing cocaine and marijuana on top of the purse's other contents. McNeil was arrested and ultimately indicted on one count each of possessing cocaine, possessing less than an ounce of marijuana, and possessing the open container of alcoholic beverage that was in the vehicle.

State v. McNeil, supra. After being indicted, McNeil filed a motion to suppress evidence, and at the hearing on that motion she “questioned” why a copied DVD of the traffic stop

provided by the State did not contain the officers' pursuit of McCoy's vehicle or her eventual search and arrest. This mattered to McNeil because she claimed that, upon her arrest, McCoy chivalrously yelled from the patrol car that the drugs in her purse actually belonged to him. The copied DVD . . . began at the Fulton County gas station where McCoy and McNeil were stopped and arrested, and did not contain any of the officers' interactions with McNeil. According to the officers, this was because the recording was manually stopped when they believed their investigation had concluded -- i.e., when McCoy was arrested and placed in the back of the patrol car.

State v. McNeil, supra. The Court of Appeals also noted that because the recording

began after the officers activated their emergency equipment, the copied DVD did not show the actual pursuit of McCoy's vehicle as it crossed over from Cobb County into Fulton County. In general, initiating the patrol car's emergency equipment will result in a `pre-record,’ in which the recorder jumps back to tape what occurred in approximately the half-minute before the equipment was initiated. . . [H]ere, the officers originally believed the patrol car's recording system had malfunctioned because the copied DVD did not contain this `pre-record’ of the stop of McCoy's vehicle.

McNeil subpoenaed the master DVD to compare it to the copied DVD presented at the hearing, but the subpoena wasn’t delivered until “the Friday before McNeil’s Tuesday trial date.” State v. McNeil, supra. Because it would have taken an officer “hours to manually copy the master DVD (and he was already scheduled to work multiple shifts that weekend),” the prosecution agreed to meet with McNeil’s lawyer “to view the master DVD at the Cobb County District Attorney’s Office the evening before trial.” State v. McNeil, supra.

A few hours before the viewing was to begin, an officer previewed the DVD and “advised the District Attorney’s Office that a `pre-record’ did in fact exist but had not been included in the copied DVD provided to McNeil.” State v. McNeil, supra. According to the officer, it showed the patrol car stopping McCoy’s vehicle but recording was not reinitiated after McCoy’s arrest so “there was no recording of McCoy’s alleged statements that the drugs in McNeil’s purse belonged to him.” State v. McNeil, supra. The Assistant District Attorney handling the case “never viewed the master DVD and, prior to speaking with the officer before the meeting, was not familiar with its contents.” State v. McNeil, supra.

We now come to the critical event:

When McNeil's counsel arrived at the District Attorney's Office, there were immediate issues with viewing the master DVD. Despite the assistant district attorney's best efforts and attempts at using his computer and a DVD player, the master DVD would not play. Eventually, a tech-savvy investigator was summoned to see if he could get the master DVD to play. . . .

McNeil’s counsel was present during all this, and the next day filed a motion to dismiss all charges against her, due to the state’s destruction of what the defense claimed was exculpatory evidence. State v. McNeil, supra. As Wikipedia notes, exculpatory evidence is evidence that tends to negate the defendant’s guilt of the charges pending against him or her. The trial judge concluded that there was no way of knowing exactly what was on the erased DVD, but if what McNeil claimed was true, it would have contained material exculpatory evidence, and therefore granted the motion to dismiss. State v. McNeil, supra.

The Miller court held that in ruling on such a due process claim, a court must find that (i) the evidence was material (i.e., was relevant to guilt or innocence) and (ii) the police acted in bad faith in failing to preserve it. State v. Miller, supra. The Miller court noted that to be “material,” the evidence “must possess an exculpatory value that was apparent before it was destroyed” and must “be of such a nature that the defendant would be unable to obtain comparable evidence by other reasonably available means. State v. Miller, supra.

The Georgia Court of Appeals found that under the Miller standard, the trial judge erred in dismissing the charges against McNeil. It disagreed with the trial court’s conclusion that the evidence was material, because it found that the lost evidence was

at best potentially exculpatory. And while we understand the trial court's trepidation over its inability to review the master DVD, the record before us does not support a finding that the loss of the master DVD's contents required dismissal of McNeil's charges. First, there was testimony at the motion hearing that the master DVD's `pre-record’ showed the officers' pursuit from Cobb County into Fulton County and . . . DVD did not contain anything else relevant to McNeil's arrest; thus, nothing suggests this evidence had apparent exculpatory value.

Second, we do not believe McNeil is unable to obtain comparable evidence. To the contrary, she may cross-examine the officers regarding . . . McCoy's alleged statements regarding ownership of the drugs in question, and may also call McCoy as a witness at trial. Accordingly, the master DVD simply does not rise to the level of constitutional materiality.

The Court of Appeals also held that because the evidence was “only potentially useful,” its destruction did

not -- in the absence of a showing of bad faith on the part of the State -- amount to a due-process violation. . . . [W]hile the destruction of the master DVD was certainly regrettable, it was not obviously intentional, as the trial court noted in its ruling. The officers involved in the traffic stop and the members of the district attorney's office might well have been negligent or perhaps carelessly unfamiliar with the workings of their own technology, as was acknowledged by the trial court, but `there is no evidence that the [master DVD] was destroyed out of an interested or sinister motive [ ] or through a conscious doing of wrong.’

State v. McNeil, supra (quoting Swanson v. State, 248 Ga.App. 551, 545 S.E.2d 713 (Georgia Court of Appeals 2001)). The Court of Appeals therefore reversed the trial judge’s dismissal of the charges, which I assume means McNeil will either go to trial or try to work out a plea deal.

Oh, and if you’re wondering about the occasional references, above, to the fact that the traffic stop began in Cobb County and actually took place in Fulton County, that goes to the issue of proper venue, an issue McNeil had raised in an earlier motion to dismiss. State v. McNeil, supra.

"... we do not believe McNeil is unable to obtain comparable evidence. To the contrary, she may cross-examine the officers regarding ..."

Doesn't anyone else find the blind faith that the courts put in LEOs somewhat naive? The court seems to be saying it's fine that the physical record was destroyed, because you can just ask the LEO what happened... You'd think after all this time, and all the cases where the recordings show LEOs lying, courts would have finally started to be critical of cases where the recordings are "accidentally" lost of destroyed. Sure, it's possible... but is it really likely?

Especially the explanation provided here, that the DVD "erased" itself, when the the computer was being operated by a "tech-savvy" person, seems at the least far fetched. Not to mention, who the hell uses a *re-writable* DVD for the collection or storage of evidence? (only re-writable DVDs can be "erased")

Yes, this sounds like total BS to me. And I wouldn't call that "naive", I would call it "police state".

Susan, I've been reading your blog for more than 2 years now (I was originally going to write 6 months! I can't believe it's been this long) and I can't help but feel that you have some sort of opinion on many of these cases, but if you have them, you only betray them in small parenthetical comments.

I'd like to see you offer more opinions on these rulings. You've obviously been reading more of this stuff critically than the average law buff - why not stake a claim? Is there a reason for your neutrality?